If You Want an Innovative Culture, You’re Going to Have to Take Some Risks 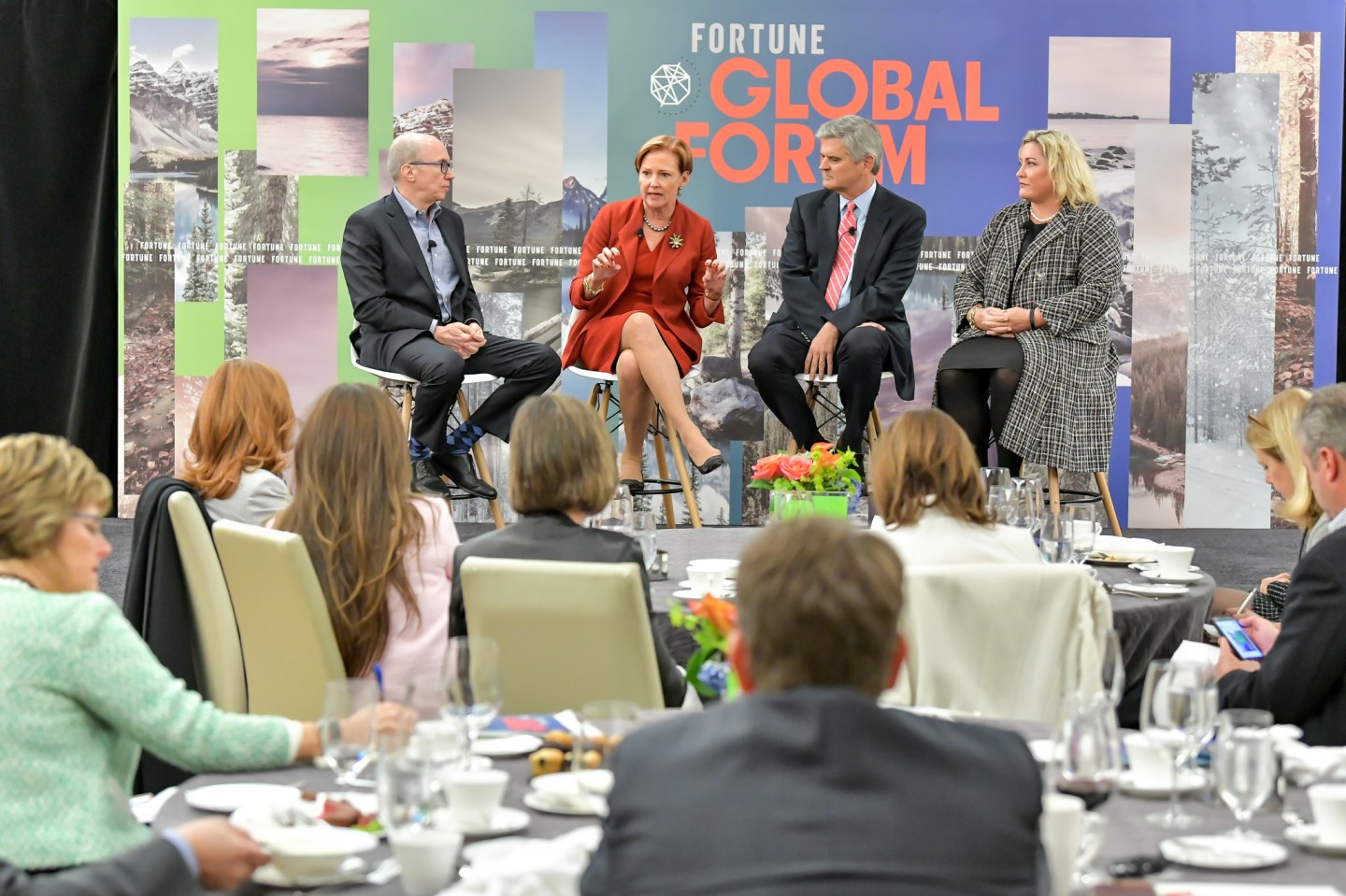 If you want to build a culture of innovation, you’re going to have to stop protecting the people and products that once made you great—especially if you’re a big company. Having a mission also helps.

These are some of the big takeaways from the Fortune Global Forum 2018 in Toronto, Canada, as three current and former CEOs wrestled with the notion that big companies are more designed to play it safe, rather than innovate their way into new markets.

“How do you honor failures and use those as learning tools to figure out how to do better?” asked Ellen Kullman, the former Chairman and CEO of DuPont.

Steve Case, the Chairman and CEO of Revolution, took a moment to look reflect on his experience at the helm of AOL after their storied purchase of Time Warner for $165 billion in 2000. It remains the biggest merger in history, and yet, “now, the worst merger in history, which will go on my tombstone,” he says.

He blames a culture clash as the digital start-up morphed into a massive media company with traditional assets to protect. “The entrepreneurial mindset is ‘take the hill,’” he said. “After the merger, I just realized there’s a different mindset [in the merged firm], much more about the short-term and avoiding mistakes, in a world where the biggest mistake is not taking enough risks.”

“There’s a real inertia when you need to keep existing product growing and revenue stable,” says Renee James, Chairman and CEO of semiconductor start-up, Ampere Computing. But the former Intel president says that small teams, properly invested in, naturally respond to a big vision and can break the gridlock. “Mission is a big deal in innovation,” she says. “What problem do you want to solve? How do you want to change the world?”

While snacks clearly help keep teams energized, she joked, aligning the entire company to the outcome of the experimental work is the real key, she says.

We create a culture of clarity, [declare] a goal and say how we’re going to measure it,” says James. “And the whole company knows what we’re trying to do.” Then, everyone’s bonus is linked to four clear deliverables, reviewed every quarter. “Everyone is going to get paid on that [goal].”

Kulman shared one of DuPont’s earliest grow or die moments—in the 1920s.

“We began as an explosives company. We were also a monolithic organization,” she says. To create an innovation pipeline, they tapped the 1920s version of millennials, the young people in sales and marketing who understood the changing marketplace and asked them how DuPont could respond to new opportunities. The team reimagined DuPont as a matrix organization which helped people work around the processes that were killing ideas before they were ever considered for investment by the board. It also helped re-distribute the responsibility for innovation throughout the organization. “We’ve since invented every category we’ve operated in,” she says. “We have to keep inventing or we’re not going to be around.”

At Revolution, Case is now seeking innovative start-ups across the country, in communities firmly outside of traditional venture circles; the types of companies that, under the right circumstances, could be a partner of a larger firm.

For these companies, cash is the problem. “Seventy-five percent of venture capital went to three states last year, California, New York, and Massachusetts. Not every high growth start-up is there,” he says.

All agree that culture change has to be an intentional act of reinvention. “As companies get bigger, the little experiments go away,” says Case.

To bring them back, you’ll have to make sure people are ready to operate differently. “Culture norms, totems, are set in the middle of the company,” says Kullman. “Making sure those middle leaders are comfortable with the uncomfortable has to become part of the culture.”