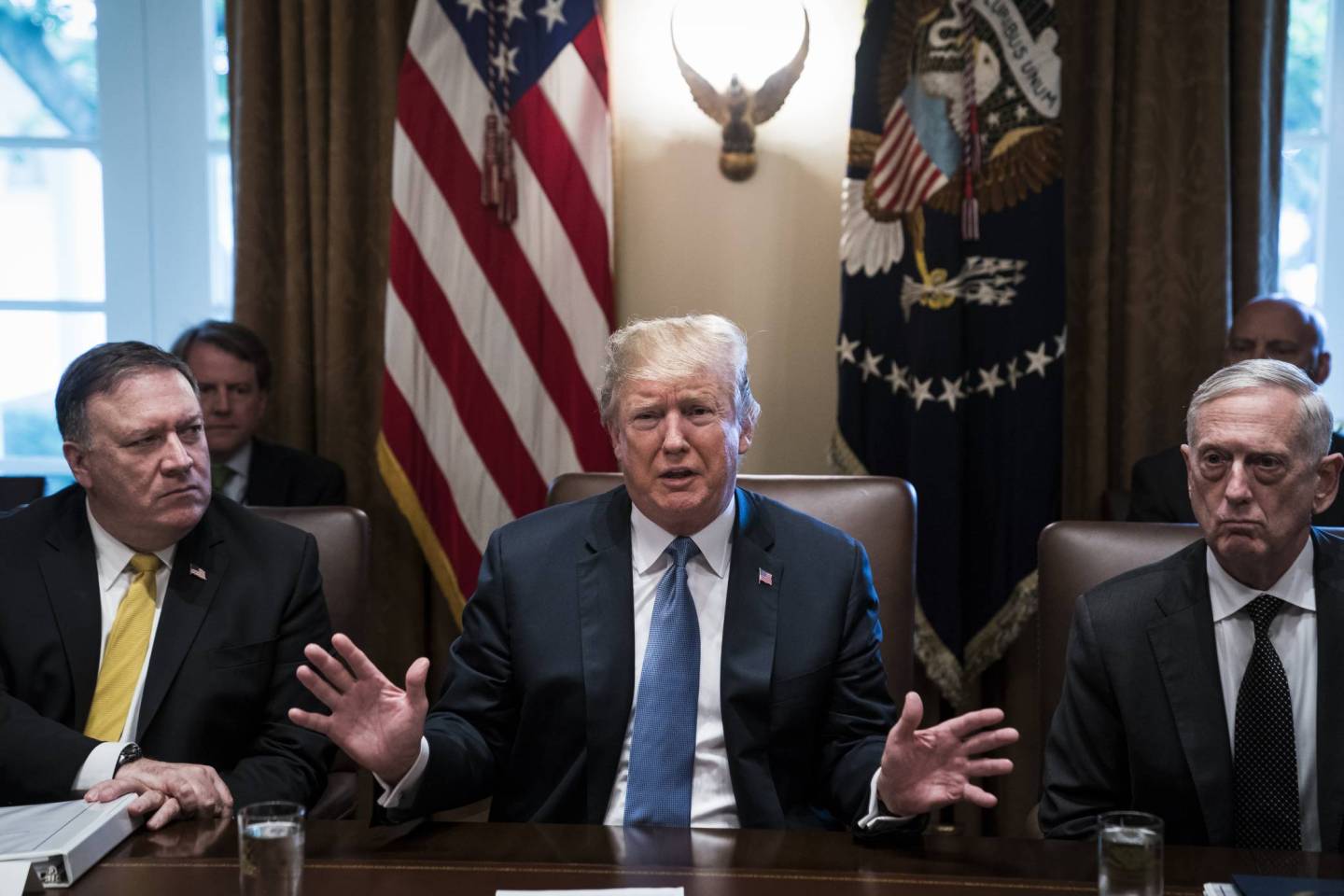 President Donald Trump hinted that U.S. Defense Secretary Jim Mattis may be planning to quit his administration, and described the former U.S. Marine Corps general as “sort of a Democrat.”

In an excerpt from a “60 Minutes” interview that will air in full Sunday on CBS, Trump talked about the level of turnover in his administration after almost two years, and suggested there could be more to come.

Mattis “hasn’t told me” that he plans to leave, Trump said, and didn’t directly answer the question of whether he’d like the Pentagon chief to depart.

“I had lunch with him two days ago. I have a very good relationship with him. It could be that he is. I think he’s sort of a Democrat, if you want to know the truth,” Trump said. “He may leave. I mean, at some point, everybody leaves. Everybody. People leave. That’s Washington.”

Mattis was one of Trump’s first cabinet picks after the 2016 election. He was long seen as a force for stability in foreign policy in an administration that has had to manage crises from North Korea to Syria under a president who prides himself on his unpredictability.

But the Pentagon chief has been on the defensive after excerpts from author Bob Woodward’s book “Fear” painted the publicly taciturn military man as being critical of Trump in private.