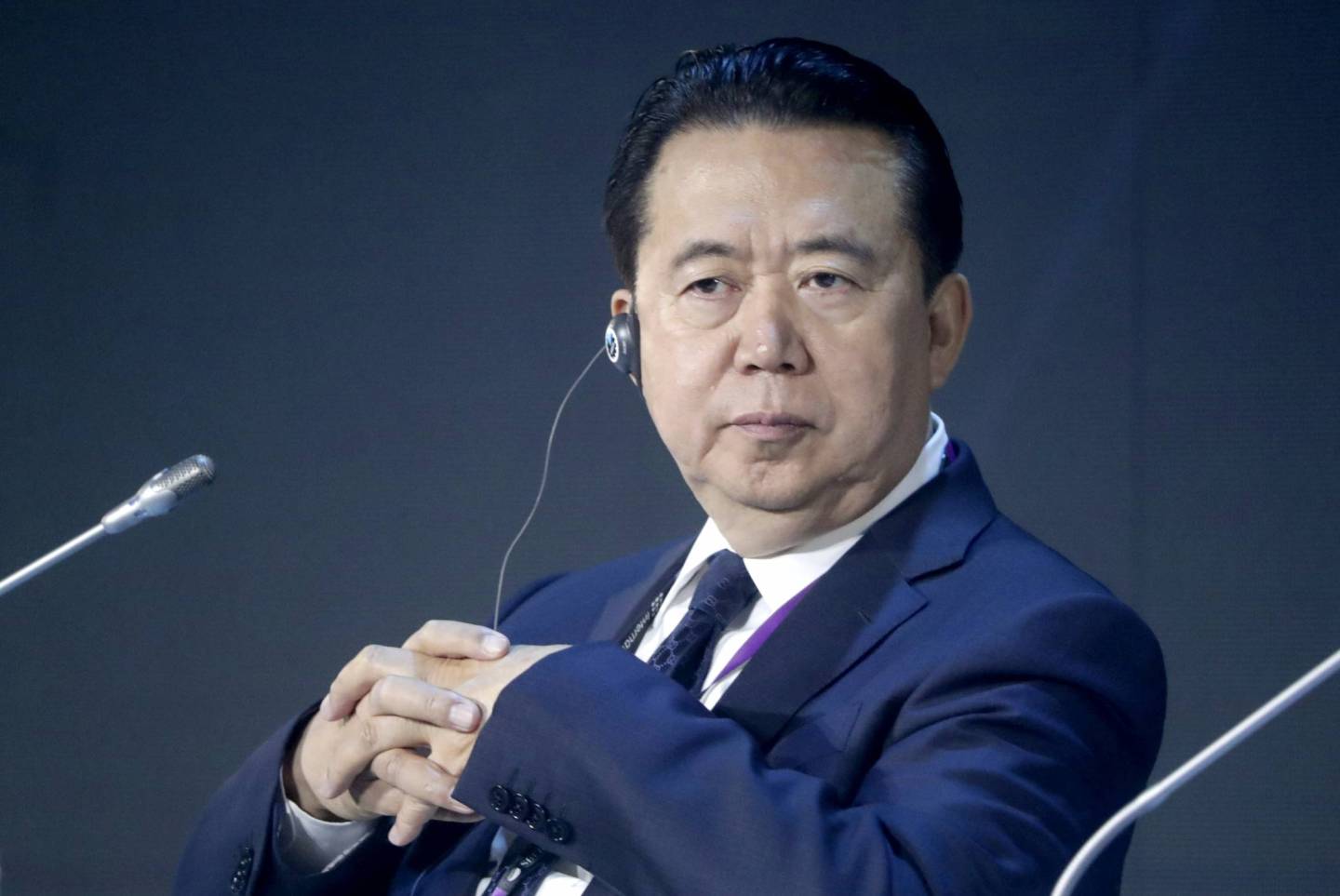 Interpol said its missing president, Meng Hongwei, resigned as Chinese authorities said he is under investigation for unspecified illegal conduct.

The international policing agency, in a release , said only that its general secretariat received Meng’s resignation on Sunday, effective immediately.

Meng was taken into custody immediately upon his arrival in China for questioning by authorities, the South China Morning Post reported, citing a source it didn’t identify. His wife has been placed under French police protection since reporting his disappearance, Agence France-Presse said, citing the interior ministry.

China’s Central Commission for Discipline Inspection disclosed the probe on its website, without specifying the alleged wrongdoing.

Grace Meng believes her husband to be in danger, AFP reported, citing a statement to reporters in Lyon, France, on Sunday.

Meng said her husband sent her an image of a knife on Sept. 25 before disappearing during a trip to China, which she takes as a way of trying to tell her he was in danger, Associated Press reported. She’s received no news from her husband since, and doesn’t know what has happened to him, AP said. Interpol is based in Lyon.

France is investigating the disappearance of Meng, who is also a senior Chinese security official, a person familiar with the matter said Friday. Interpol has acknowledged reports about Meng’s disappearance, and said in an email that it “is a matter for the relevant authorities in both France and China.”

While Meng is head of the executive committee that oversees Interpol, the agency is run by Secretary General Juergen Stock.