Here’s How Men Can Be Leaders in Improving Corporate Diversity 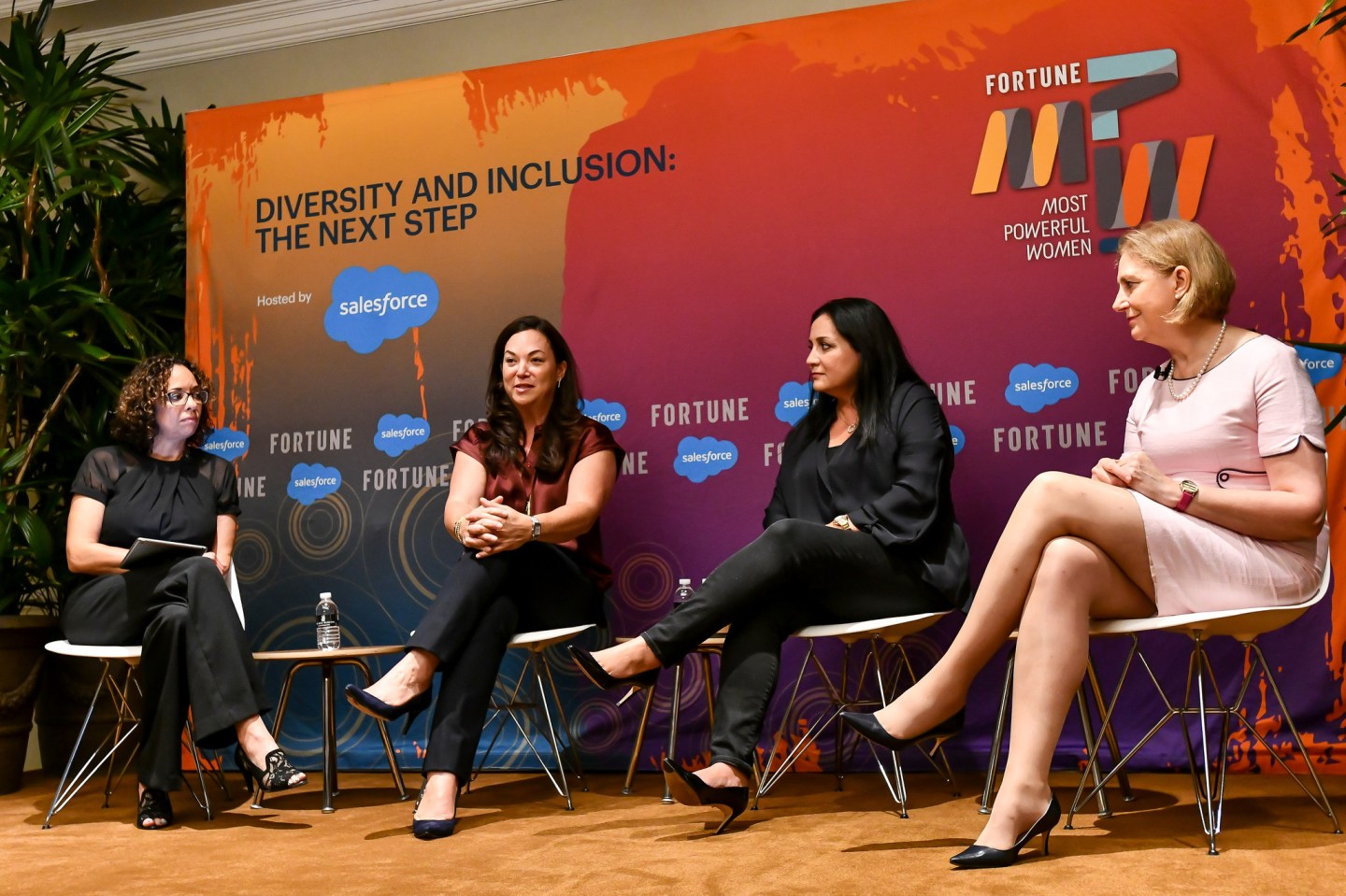 Most leaders today recognize that a focus on increasing diversity and fostering inclusion in their workplace is good for business. But to male leaders—who remain the majority—it’s not always clear what actions they can take to support that mission.

“Men are going to be in a position of power for a very long time,” Cindy Robbins, president and chief people officer at Salesforce, told Fortune’s Most Powerful Women Summit in Laguna Niguel, California on Wednesday, so we need their help.

That’s why it’s so important to narrow the broader conversation about workforce diversity to specific tactics that men can use in their roles day-to-day, said PagerDuty CEO Jennifer Tejada: “These men are super supportive, but many of them don’t know how to help.”

When she joined PagerDuty, returning to the tech industry where she worked in the 1990s, she was alarmed that most of the boards and investors she encountered were white and male.

“Things had maybe gone backwards since I left,” Tejada said, so as a new CEO she asked the men around her to work on increasing diverse representation at the company. “I told them, ‘This is not our reality and I’m not going to be able to do this by myself.’”

Now PagerDuty, an enterprise company that mainly serves male developers, has a workforce that is 43% women. Their leadership and engineering teams have both reached gender parity, Tejada said.

At Salesforce, a commitment to reaching pay equity for the company’s employees came down from the top, Robbins said, directly from CEO Marc Benioff.

“The easy part is we all have the data…so there’s kind of no excuse to not be looking at that data from a gender pay perspective,” Robbins, president and chief people officer at Salesforce, said. “The risk is what it could expose. For some companies and CEOs it’s that unknown that makes them uncomfortable.”

Once those unknowns are exposed, the difficult part is addressing biases and fixing the processes the company uses for things like hiring and promotions, she said.

“The majority of our leaders really want to get engaged in this conversation,” said Terri Cooper, Deloitte’s chief inclusion officer. “So what are the leadership traits that they need to demonstrate?”

She said the consulting firm has encouraged its professionals to become more active and developed six traits to help them be more inclusive leaders, which they call the “six C’s”: commitment, collaboration, curiosity, cultural intelligence, cognizance of bias, and courage.

Men can remember times they have experienced some form of bias, she said, and by engaging in those conversations through personal storytelling, it creates an emotional connection to the issue and gives leaders in the majority to better understand the perspectives of minority team members.

“We want to create an environment where people feel they can have the courageous conversations,” Robbins said. For men in leadership roles, that means being unafraid to discuss differences across race and gender with coworkers or being prepared to call out bad behavior wherever they see it in the workplace.