Tourists in Venice May Be Fined for Sitting in Undesignated Areas 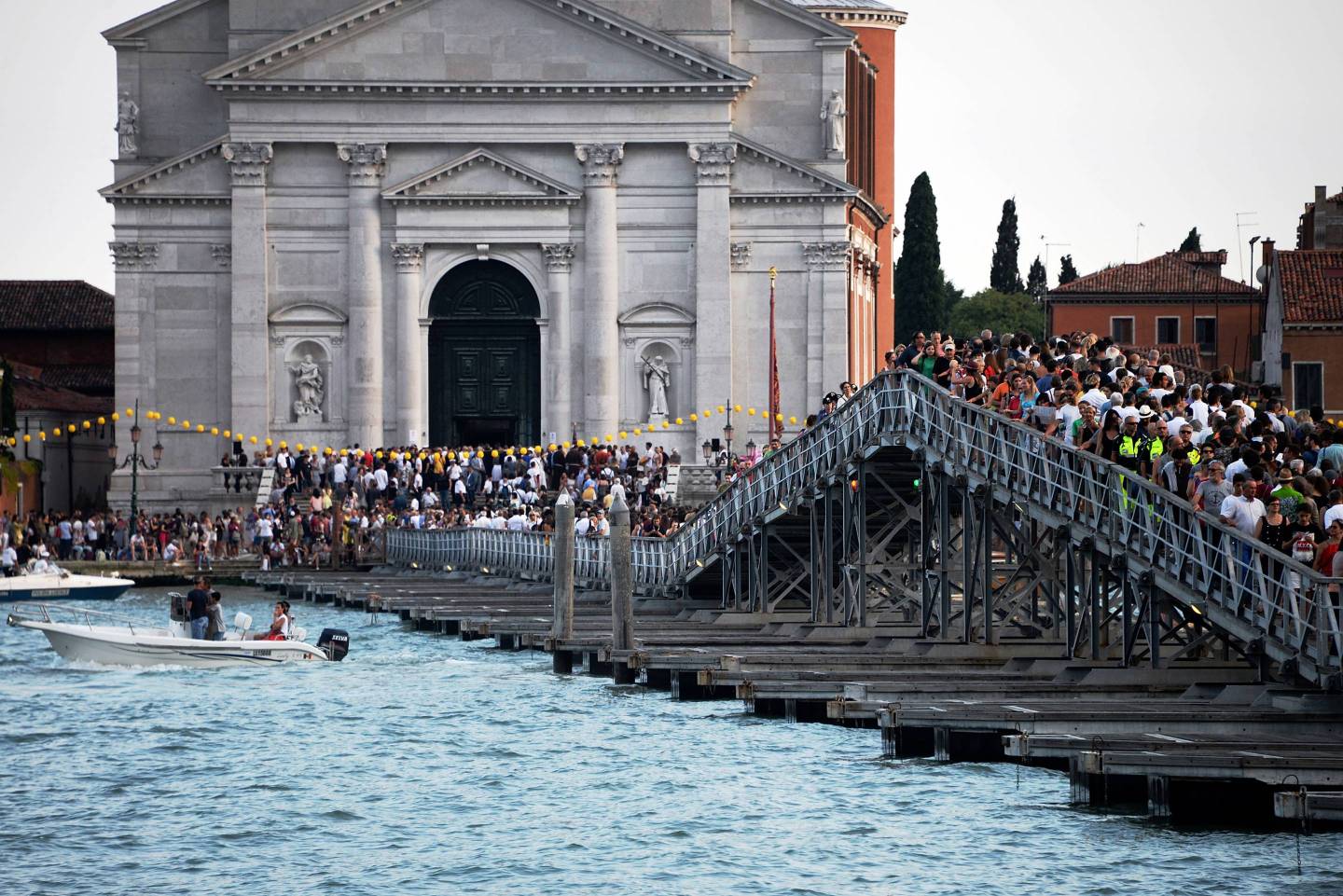 VENICE, VENICE - JULY 14: Pilgrims as they cross the votive bridge, set up on floating boats, which unites the two banks of the Giudecca canal, to reach then church of the Redeemer, on the occasion of the traditional feast of the Holy Redeemer on July 14, 2018 in Venice, Italy. (Photo by Awakening/Getty Images)
Awakening/Getty Images

Tourists in Venice, Italy, might need to be a little more careful about where they stop for a rest. The mayor of this vacation hot spot has proposed fining tourists up to €500 (about $588) for sitting in undesignated areas.

According to CNN, Venice has a population of 50,000, but receives more than 30 million tourists per year. In order to maintain quality of life for locals, as well as visitors, the city already has a number of behavioral regulations.

Except in designated areas, sitting in St. Mark’s Square and specific areas around it results in a fine of €200 ($235). Visitors are also forbidden from swimming in the canals, biking in Venice city center, and walking in only a bathing suit.

The mayor’s latest proposal will expand the no-sitting rule outside of the areas already identified. According to USA Today, the city council will vote on the proposal this October.

The behavioral regulations are a part of the city’s #EnjoyRespectVenezia campaign, which aims to create an atmosphere of “sustainable tourism” to maintain the city’s culture and way of life.