Leon Panetta: John McCain Put Country Before Party. That Made Him a Patriot 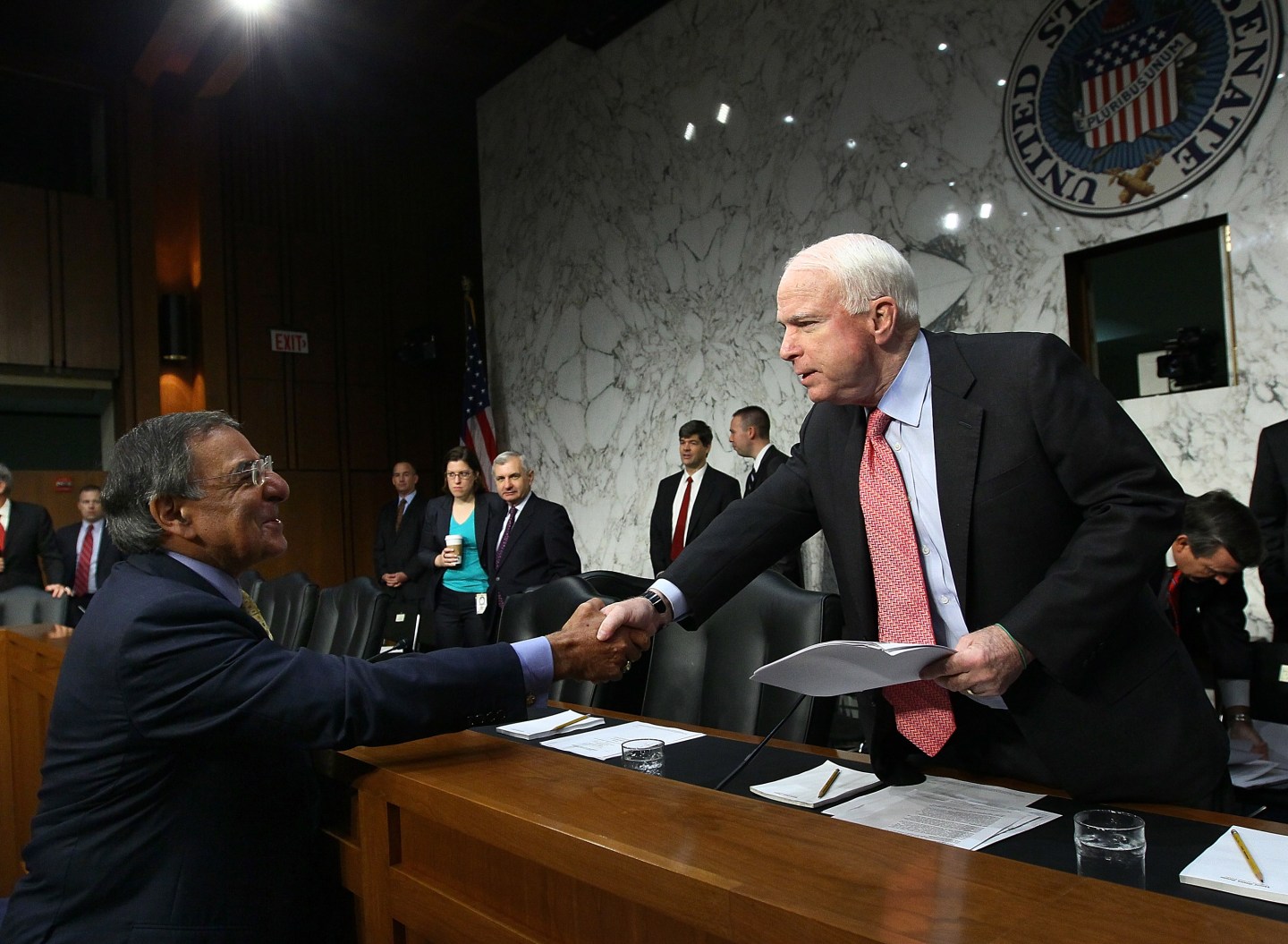 John McCain has earned his place in history as one of the great American patriots of our time. His life was the very definition of patriotism—bravery in battle, devotion to country, faith in the values of our democracy, and courage to fight for a better America.

I first met John soon after his election to the U.S. House of Representatives in 1982. As a member of the House from Arizona’s neighboring state of California, I welcomed him to Congress.

It was clear from the beginning that he had a healthy irreverence for the rules and procedures of the House. Even after over five years as a prisoner of war in Vietnam, he still had the midshipman’s “raise hell” attitude that earned him so many demerits at the Naval Academy. He picked fights with his colleagues, almost coming to blows on the floor of the House. He challenged his leadership further after he joined the Senate, leading the charge against the Medicare Catastrophic Coverage Act supported by President Ronald Reagan. Whatever the cause, he was both a maverick and a fighter.

And yet, when you got past the cantankerous behavior, there was a genuine humanity and good humor. He spent hours visiting with Mo Udall, a Democratic representative from Arizona who suffered from Parkinson’s disease. There were moments on the House floor after an emotional debate when there were tears in his eyes. But it was that mix of emotion, boldness, and caring that served him well in the House and got him elected to the Senate.

There, he totally focused on America’s leadership role in the world. With a small cadre of loyal senators, he traveled everywhere—to battle zones, international conferences, meetings with foreign leaders, and military bases—engaging with both allies and enemies. When I was secretary of defense, I personally witnessed his influence in the world—defending America when necessary, and always standing by his view that America must lead.

As chairman of the Senate Armed Services Committee, John supported a strong defense policy and led the passage of some of the most important reforms in seven decades at the Defense Department. He was tough, fair, and totally devoted to a bipartisan approach to national defense. In a gridlocked Congress, he was always successful at passing defense authorization bills.

He was also a strong supporter of our intelligence agencies. As the CIA director, I personally briefed him on our most sensitive operations and always, after a number of intense questions, he gave his support. He believed that intelligence was critical to our national defense.

In the last few years, we both commiserated over the partisanship that was slowly eroding the ability of Congress to get anything done. He spoke of the importance of governing when the Panetta Institute for Public Policy honored both him and former Sen. Russell Feingold for their bipartisan work on election financing reforms. He hated political gridlock. In many ways, I believe his now-famous thumbs-down on the repeal of the Affordable Care Act was his way of saying he believed loyalty to country was more important than loyalty to party.

I last saw John in Washington, D.C, when he was in a wheelchair. We met in the Capitol to discuss our mutual concerns about North Korea. He still had that sparkle in his eye that made clear he had not lost his will to fight to the end.

John was never the easiest person to get along with—but then again, no patriot is. Their first concern is not whether they are loved, but whether our country is loved. Because of his devotion to the nation, he is, and always will be, an American patriot.

Leon Panetta is the co-founder and chairman of the Panetta Institute for Public Policy. He served as the secretary of defense and CIA director under President Barack Obama.