Why ‘Halfspeak’ Is Even More Dangerous Than Doublespeak 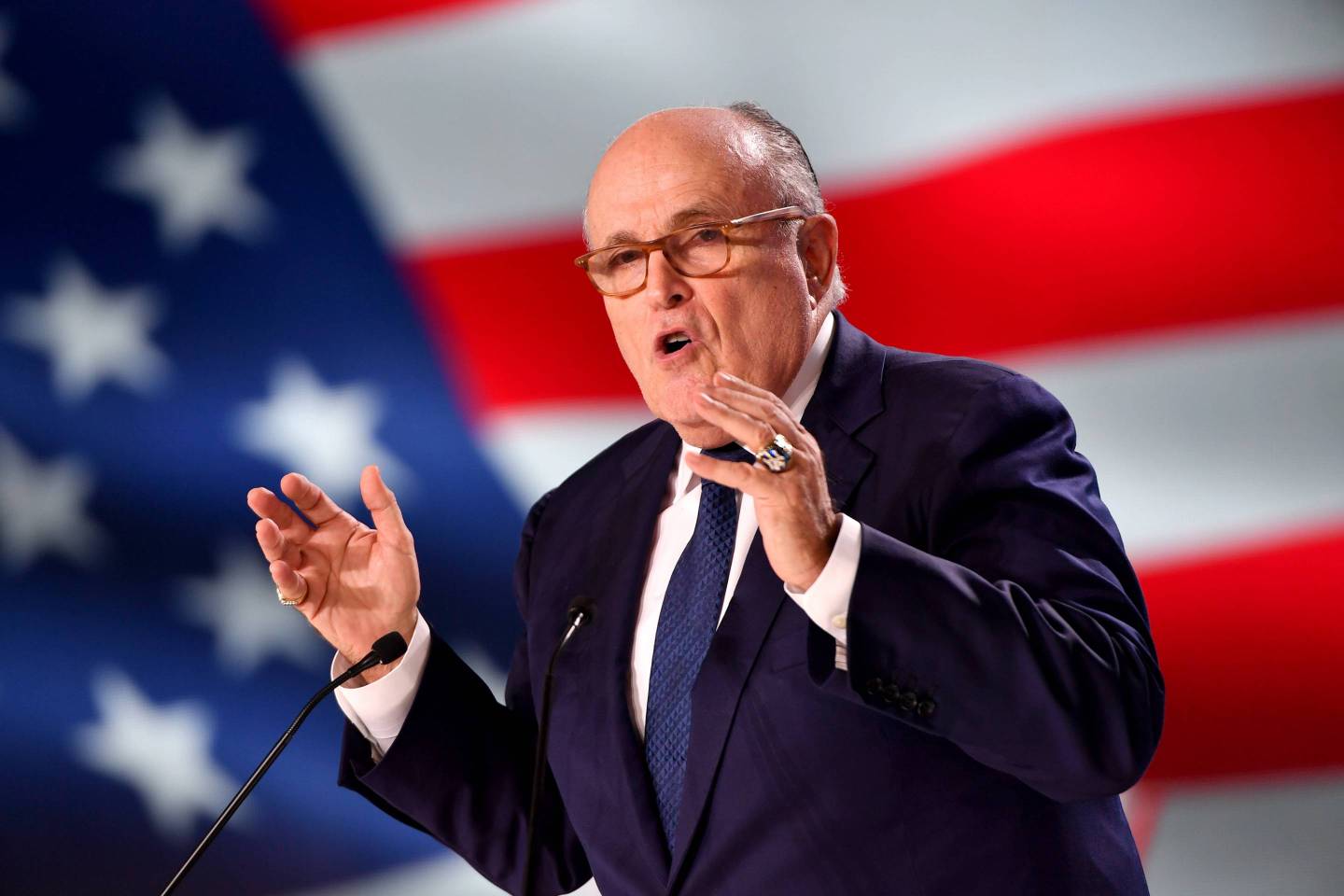 PARIS, FRANCE - JUNE 30: Former Mayor of New York Rudolph Giuliani speaks during the Conference In Support Of Freedom and Democracy In Iran on June 30, 2018 in Paris, France. The speakers declared their support for the Iranian peoples uprising and the democratic alternative, the National Council of Resistance of Iran and called on the international community to adopt a firm policy against the mullahs regime and stand by the arisen people of Iran. (Photo by Anthony Devlin/Getty Images)
Anthony Devlin—Getty Images

For those too young to remember, the late 1990s was an era of euphoric delusion in the stock market—a time when cockamamie metrics such as “stickiness” and growth in “eyeballs” were used to justify even the most absurd valuations and startup business models.

Inventa’s own business seemed tame in comparison with those of many young firms across Silicon Valley: It helped other companies “use the Internet to engage in electronic commerce.” But I knew then that the company, even in the irrational frenzy of the dotcom bubble, would never survive as a publicly traded concern. That’s because I had read the offering prospectus—a document that was filled with such gobbledygook that I’ve saved it to this day.

My favorite line came in a section describing Inventa’s liquidity over the three previous years. It read:

“Cash used in operating activities in each of these periods was primarily the result of net losses, adjusted for non-cash items primarily related to depreciation, increases in accounts receivable and fees and unbilled revenues resulting from increased sales revenue in the fourth quarter, partially offset by increases in accounts payable and accrued expenses resulting from increased operating expenses associated with the sales revenue growth.”

The company, in 1999, had racked up nearly $16 million in losses on some $13.5 million in revenue. But that was almost beside the point. It was the epic run-on sentence above, one utterly devoid of meaning, that told me everything I needed to know.

Gravity, in due course, would eventually do its job. The dotcom bubble began to deflate on March 11, 2000. A few months after that, Inventa pulled its $42 million share offering. (It never went public; the company sold itself years later.) As for the lead underwriter, Lehman Brothers, it too would meet its end, in 2008, in the market boom-bust cycle that followed this one.

I bring up the Inventa prospectus not because it’s unusual, however; rather, for the opposite reason. It’s emblematic of the kind of doublespeak we’re used to. It’s the stuff of contracts and fine print disclosures, the murkiness of legalese. We’re so used to such doublespeak, in fact, that we no longer notice how empty the words are.

But recently, we’ve seen a different kind of assault on meaning—and one that I think is far more insidious. Rather than muddle with endless streams of unfamiliar jargon, the new tactic is to blur the meaning of words we think we understand. Call it “halfspeak.”

With halfspeak, the attacks come in bursts of short sentences or phrases, just two or three simple words.

Rudy Giuliani, the counselor to the president, seemed to employ the tactic on NBC’s Meet the Press this Sunday, when he told moderator Chuck Todd that “Truth isn’t truth.”

Perhaps in another time and place the words would have seemed like just another loose shard of combative rhetoric—or even a slip of the tongue. (Mr. Giuliani later clarified his remark on Twitter, saying his “statement was not meant as a pontification on moral theology but one referring to the situation where two people make precisely contradictory statements, the classic ‘he said, she said’ puzzle.”)

But Mr. Giuliani’s remark on Meet the Press was striking, in large part, because it didn’t come out of context: It was a continuation of so many previous bouts of halfspeak—not just by him, but also by President Trump and those around him. As many others have pointed out, “Truth isn’t truth” was merely an extension of “alternative facts”—the memorable phrase that Kellyanne Conway, another counselor to the president, used to describe patently false statements made by the White House’s then press secretary, Sean Spicer.

These expressions join the president’s own relentless cries of “fake news,” in dispute of statements that are indisputably true or events that indisputably happened. They follow a frenzy of phrases that attempt to undermine—and unfortunately do undermine—the true meaning of things. That’s why the president repeatedly calls a legal investigation into Russian election meddling—one authorized by his own Justice Department no less and supported by evidence from the entire U.S. intelligence community—a “Rigged Witch Hunt.” It’s why he calls the special counsel, a consummate public servant, “heavily conflicted Bob Mueller,” and why he calls Mueller’s team of prosecutors and FBI investigators “Angry Democrat Thugs.” It’s why he calls the free press, sanctified by the First Amendment to the U.S. Constitution, the “Enemy of the People.” And it’s why he repeats these halfspeaks over and over again.

The tool, sadly, is effective, inflicting a blunt force trauma on the real meaning of words and things. Politics, to be sure, is a blood sport—but this isn’t politics as usual. The bruised and bloodied here aren’t so much other politicians, but the grand institutions that have kept America free and flourishing for nearly two and a half centuries.

If truth ends up not becoming truth as a result, the damage may last as long.