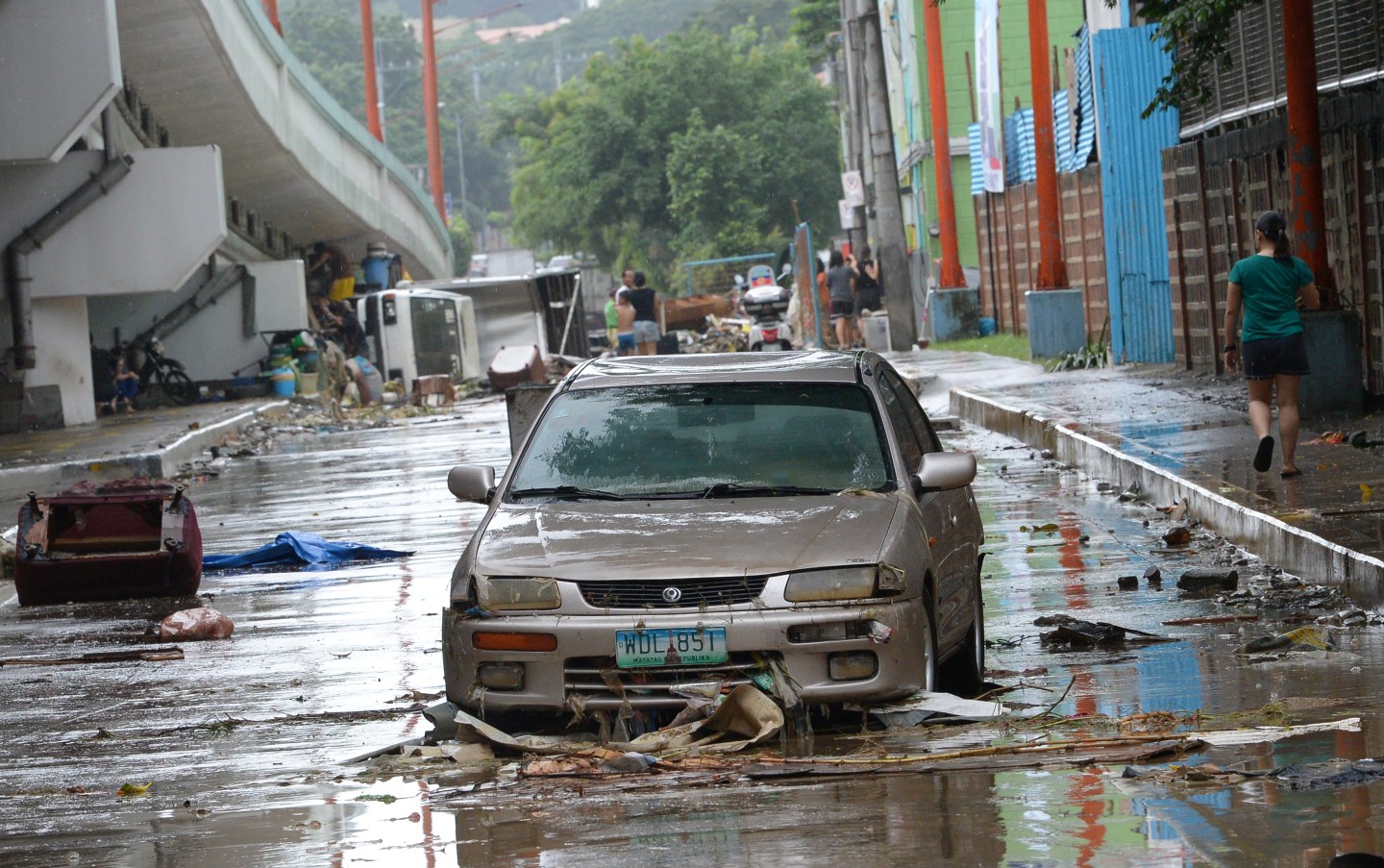 A resident walks past washed up vehicles on a road after flooding brought about by heavy downpour due to exiting Tropical storm Yagi, submerged homes in Marikina City, suburban Manila on August 12, 2018. - The latest storm brought misery to many, with 20,000 residents fleeing the riverside district of Marikina in the national capital region, where floods swept away cars, authorities said. (Photo by TED ALJIBE / AFP) (Photo credit should read TED ALJIBE/AFP/Getty Images)
Ted Aljibe—AFP/Getty Images

More than 54,000 people were moved to safer ground in the Philippine capital and nearby provinces, while calls for help swamped social media as monsoon rain triggered floods reminiscent of Typhoon Ketsana, which killed hundreds of people in Metro Manila in 2009.

Marikina City implemented forced evacuations affecting at least 21,000 people after its river, the catch basin of water flowing from the mountains, reached critical level. In nearby Rizal province, 19,000 people were moved.

“The water level continues to rise,” Mayor Marcelino Teodoro told DZBB radio on Saturday night, likening the flooding to Typhoon Ketsana. Families were on rooftops in Marikina waiting for rescue, according to Twitter posts of people seeking help.

More than 9,000 people were evacuated in Quezon City, Valenzuela, Manila, Malabon and Pasig — all in the capital region, police said. Floodwaters in some areas are chest high, rendering roads impassable, according to the Metropolitan Manila Development Authority. Gates of several dams have been opened, the weather bureau said.

Train services were halted and schools shut. In Cavite province near Manila, a bridge used as a shortcut to the tourist destination of Tagaytay City collapsed, ABS-CBN News reported.

A tropical storm and another weather disturbance outside the country are enhancing the southwest monsoon, bringing widespread rain over the main Luzon island including Metro Manila. The rain will continue until Monday, the weather bureau said.

The Philippines, among the world’s most disaster-prone countries, experiences an average of 20 cyclones a year that form over the Pacific Ocean.

In September 2009, tropical storm Ketsana delivered more than a month’s worth of rainfall on the capital region in a day, the most in more than 40 years. More than 4.9 million people were affected by the storm, which killed at least 462 people and caused 11 billion pesos ($207 million) of damage to infrastructure, according to government data.