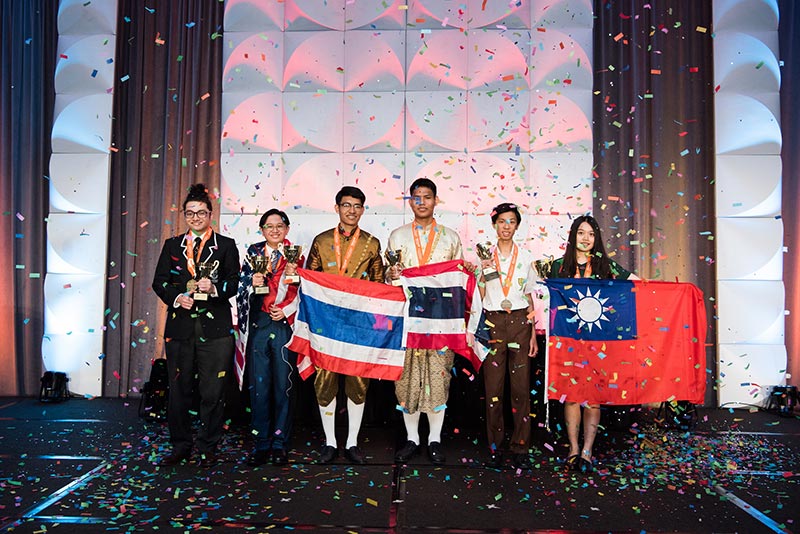 When Florida high school student Kevin Dimaculangan heard last year that one of his teachers was offering a Bluetooth speaker as a prize for winning IT certifications, he decided to try his hand at a Microsoft Excel certificate. Now the 15-year-old is the reigning champion of Microsoft Excel 2016 and thousands of dollars richer in prize money.

How much richer? You could put it this way:

Congrats to Kevin Dimaculangan from @DunbarHighFL. He won the 2018 Microsoft @Office World Championship for Excel 2016 in #Orlando via @TheNewsPress #sayfie https://t.co/BeJLc51ybk

According to a statement by the certification body Certiport, in the final round “competitors participated in unique project-based tests to demonstrate their ability to create documents, spreadsheets, and presentations for the information presented in Word, Excel, and PowerPoint.”

Dimaculangan’s counterpart this year in the Microsoft Excel 2013 competition, Yip Pak Ming from Hong Kong, also won last year in the PowerPoint category. Last year’s MS Excel 2016 winner was 17 years old. Since Dimaculangan, who celebrated his 15th birthday during the championship, is a rising sophomore, he’s got plenty of time to compete for more prizes, too.

After all, as Dimucalungan told CNN, “For Excel, there’s not too much more to learn.”