Why Prada Can Charge $1,700 for a Banana Bowling Shirt 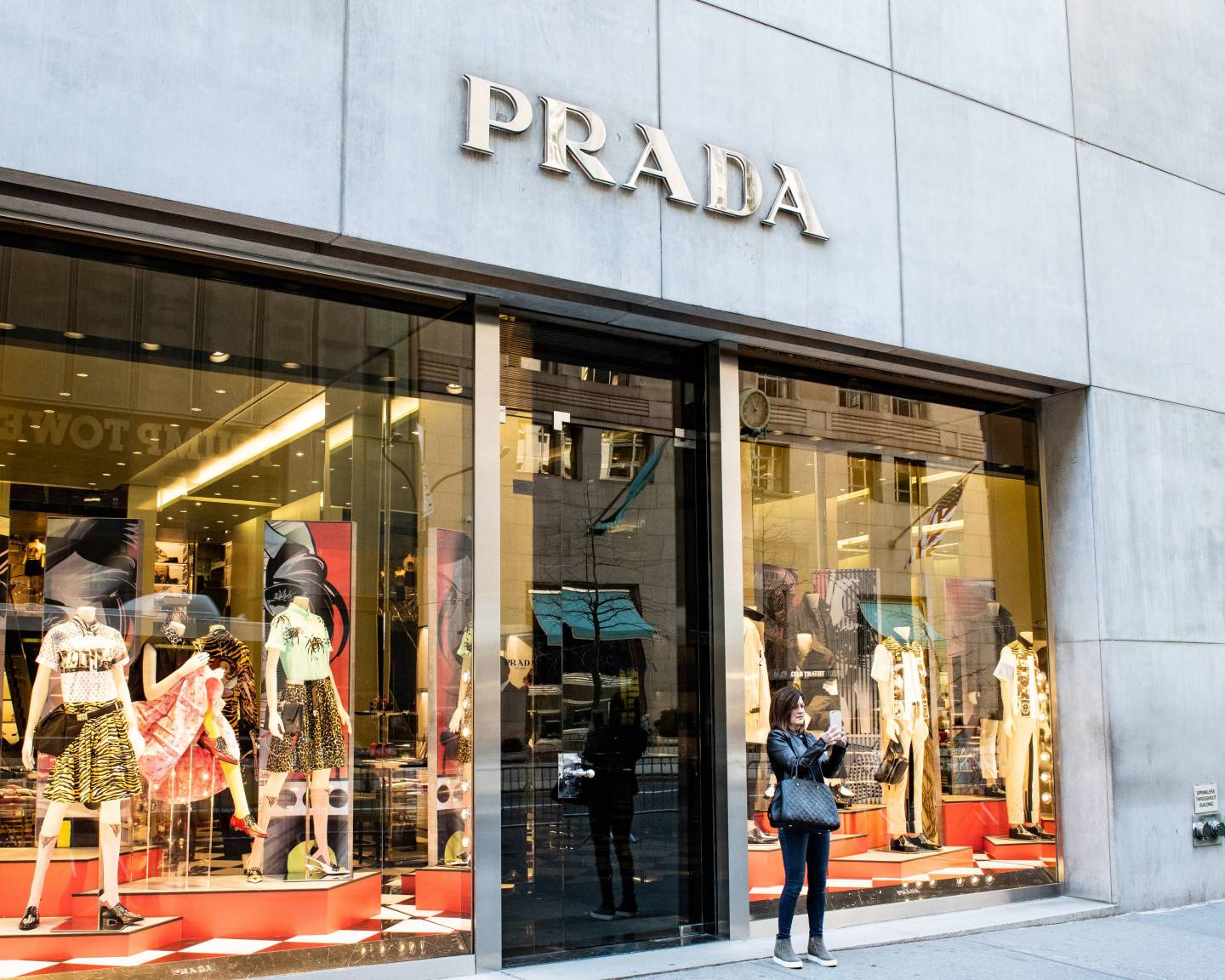 Prada’s bowling shirt is so ugly the New Yorker called wearing it an act of “performance art.” The Frankenstein-style mash-up of garish prints, with a flame motif creeping up the bottom, costs $1,200 and happens to be the shirt of the summer, sported by actor Jeff Goldblum, rapper Pusha T and street-style bloggers at fashion weeks around the world.

If that price raises eyebrows, consider this: A padded, boxier version with a banana pattern costs $500 more. Why would anyone pay $1,700 for it? Because the Prada banana is the stuff of legend, and if you didn’t know it, the shirt probably isn’t for you.

Prada SpA has returned to growth this year after three years of slipping sales and a collapse in profit. While much of the turnaround is due to a buoyant Chinese market that’s also lifted French luxury conglomerate LVMH and Gucci owner Kering SA, it’s also thanks to an effort to reinforce Prada’s unique brand identity. The label has reissued its most iconic products, including nylon belt bags, block-heeled loafers, comic-book images and even more recent successes like the banana print.

Commenting on first-half results last week, Chairman Carlo Mazzi said Prada was working to “adapt to rapidly changing times and to interpret the spirit of new generations without losing sight of our roots.” The brand increased spending on social media to educate new customers about its aesthetic, he said.

Miuccia Prada, the creative director, majority shareholder and co-chief executive officer, has been using her ugly-chic designs to market insider cool for decades. From stiff, pea-green shift dresses to $700 sandals, Prada built a $3.5 billion business dressing people in clothes designed to make them look interesting or cool rather than rich or beautiful. The items don’t always look like much to the untrained eye, but for the fashion set, wearing a look from the Prada catwalk sends a powerful signal: you’re in the know.

“The clear talent of Prada is to be able to make itself desirable only by the people they covet as clients,” said Elodie Nowinski, professor of fashion studies at EM Lyon Business School.

In recent years, Prada may have been too insider-oriented to grow. As Gucci used social media to push designer Alessandro Michele’s maximalist revamp of the brand into the fashion spotlight, Prada mostly snubbed the digital sphere. The brand was slow to realize the importance of Instagram, and it sold a limited selection of products online until last year.

Now faith in the turnaround is gathering among investors. The shares have risen nearly 40 percent over the past 12 months, though they’re still trading at roughly half the value of their 2013 peak. Analysts at MainFirst wrote Thursday that they expect growth to accelerate later this year, supported by the relaunch of another iconic line, Prada’s sports-inspired collection Linea Rossa, recognizable for its red tag logo.

The banana motif harks back to a 2011 show that underlined Prada’s ability to set the fashion agenda. It proposed an improbable mix of strictly tailored pencil skirts, ruffles and tropical prints, with smears of blinding highlighter hues. Within a few months the collection had landed on the covers of more than a dozen top magazines — sported by the likes of actress Amanda Seyfried, singer Robyn and Vogue editor Anna Wintour — and banana earrings, leggings and blouses invaded retailers from London’s upmarket Harvey Nichols to the Topshop chain.

It was “one of those rare shows that becomes permanently imprinted into the fashion consciousness,” said Yasmin Sewell, vice president of style and creative for the luxury e-commerce platform Farfetch. And how will Miuccia Prada follow up on bananas?

“I can guarantee that next season she’ll be doing something completely different, and have us all scratching our heads again,” Sewell said.

Prada isn’t the only brand tapping into customer nostalgia by pushing classic looks online: LVMH’s Christian Dior this summer announced the return of its early-2000s saddle bag line by asking style bloggers from around the world to post snaps of the satchel on Instagram at the same time. In September, Versace showed a “tribute” collection with updated versions of founder Gianni’s most memorable looks, closing the show with a reunion of 1990s models including Naomi Campbell, Claudia Schiffer and former French first lady Carla Bruni.

Prada also isn’t the only brand doing ugly anymore. From crystal-studded platform Crocs and clunky sneakers at Kering’s Balenciaga to thigh-high Ugg boots at Y/Project to swaddling prairie dresses pretty much everywhere, the current fashion zeitgeist is little concerned with glossy elegance or flattering the body.

Bringing back the house’s most challenging prints “is a way of asserting Prada’s domination” in the current climate, said EM Lyon’s Nowinski. “They did ugly first.”