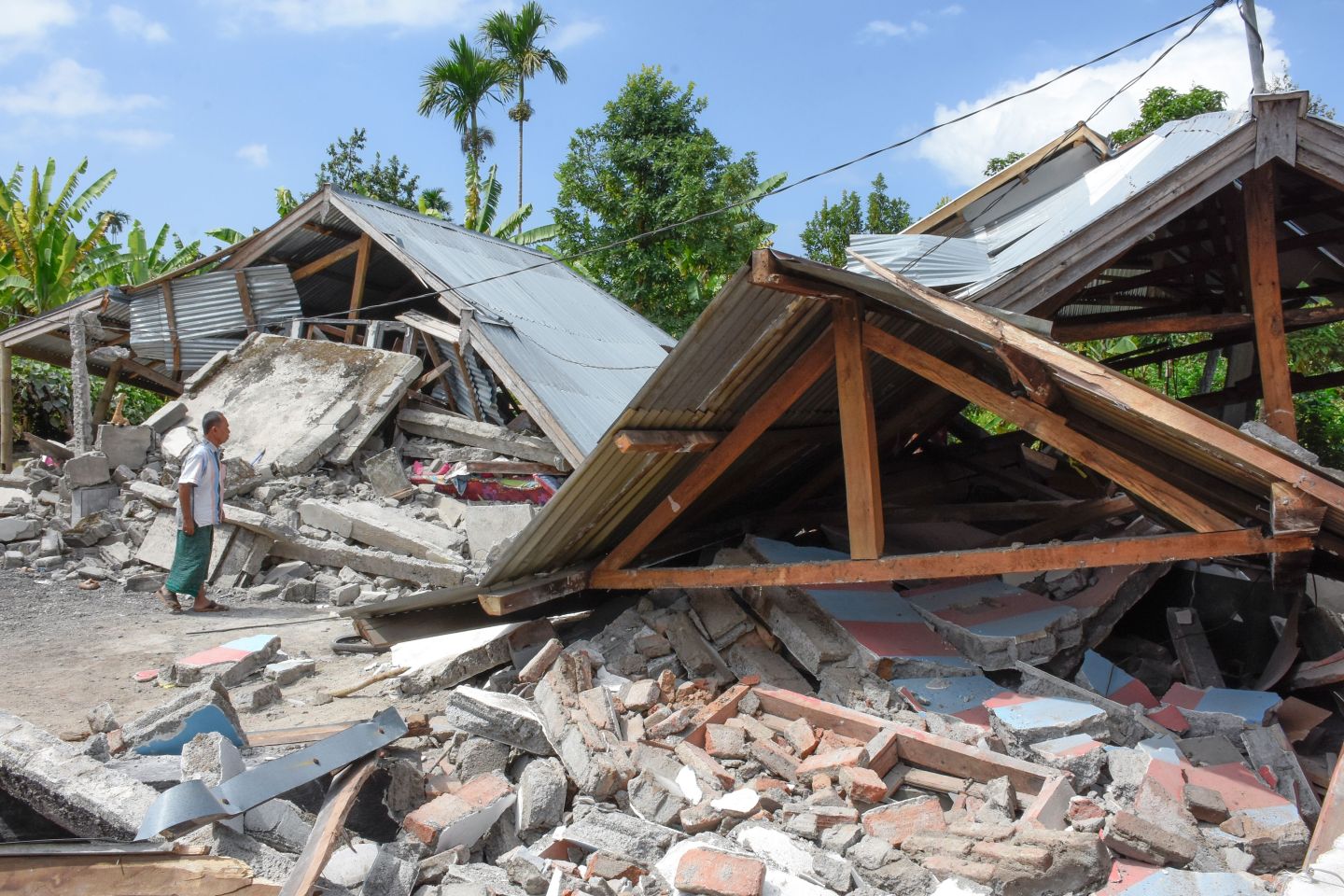 A 6.4-magnitude earthquake struck the Indonesian island of Lombok early Sunday, killing 14 people and injuring 160. Lombok, directly east of Bali, is a popular tourist destination noted for its beaches, surfing, and hiking.

The initial earthquake struck at 7 a.m. local time (8 p.m. Saturday U.S. ET), and was followed by 60 smaller earthquakes with the largest one recorded at 5.7 magnitude. The earthquake caused major landslides in Mount Rinjani National Park, which is currently closed, and many hikers reported being unable to get out of the park because of blocked roads.

According to local reports, a Malaysian tourist hiking Mount Rinjani was killed when a restroom building collapsed, and one climber reported that other Malaysians in the park were still unaccounted for.

The BBC reports that most casualties were caused by falling building debris. Water and electricity has been disrupted for some houses on the island due to landslides, and water trucks are being dispatched.