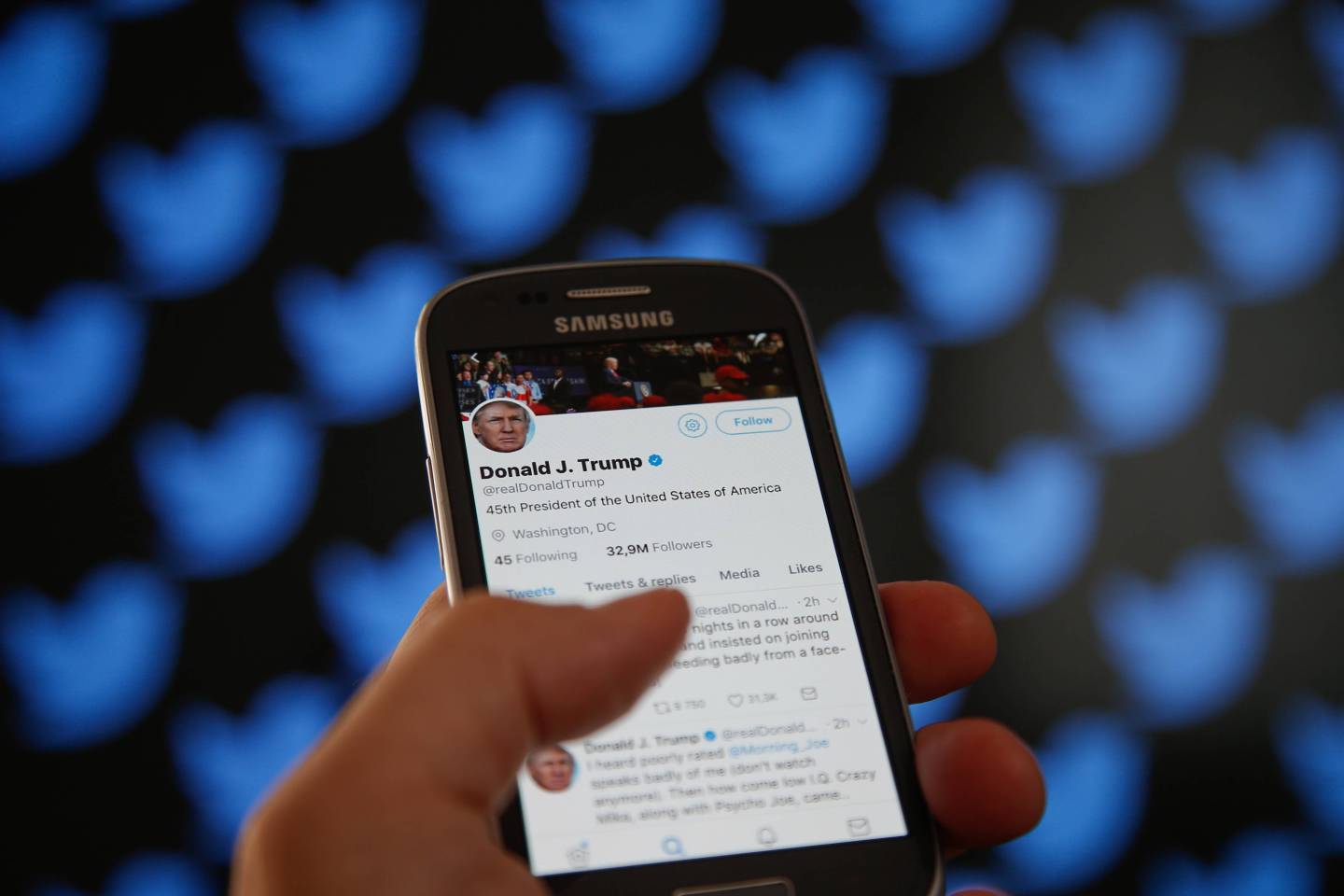 President Donald Trump waded into the controversy surrounding Twitter Inc.’s so-called shadow banning of some Republicans, which has been accused of limiting their visibility in search results on the social media giant’s platform.

“Twitter ‘SHADOW BANNING’ prominent Republicans. Not good. We will look into this discriminatory and illegal practice at once! Many complaints,” Trump said Thursday in a Twitter posting.

Twitter “SHADOW BANNING” prominent Republicans. Not good. We will look into this discriminatory and illegal practice at once! Many complaints.

According to a report Wednesday by Vice News, Twitter is restricting the visibility of Republicans including Republican Party Chairman Ronna McDaniel and GOP members of Congress in an attempt to improve political debate on its service. Democrats haven’t been “shadow banned,” the website reported.

A Twitter spokesman said in a statement Thursday that the company doesn’t engage in shadow banning. “We are aware that some accounts are not automatically populating in our search box, and shipping a change to address this. The profiles, Tweets and discussions about these accounts do appear when you search for them.”

Twitter CEO Jack Dorsey responded to the report in a tweet Wednesday. “We have a lot more work to do to earn people’s trust on how we work,” he said.

Dorsey highlighted a thread from Twitter’s product head Kayvon Beykpour, who wrote, “To be clear, our behavioral ranking doesn’t make judgments based on political views or the substance of tweets.”

He added that the company had recently testified before Congress on the topic.