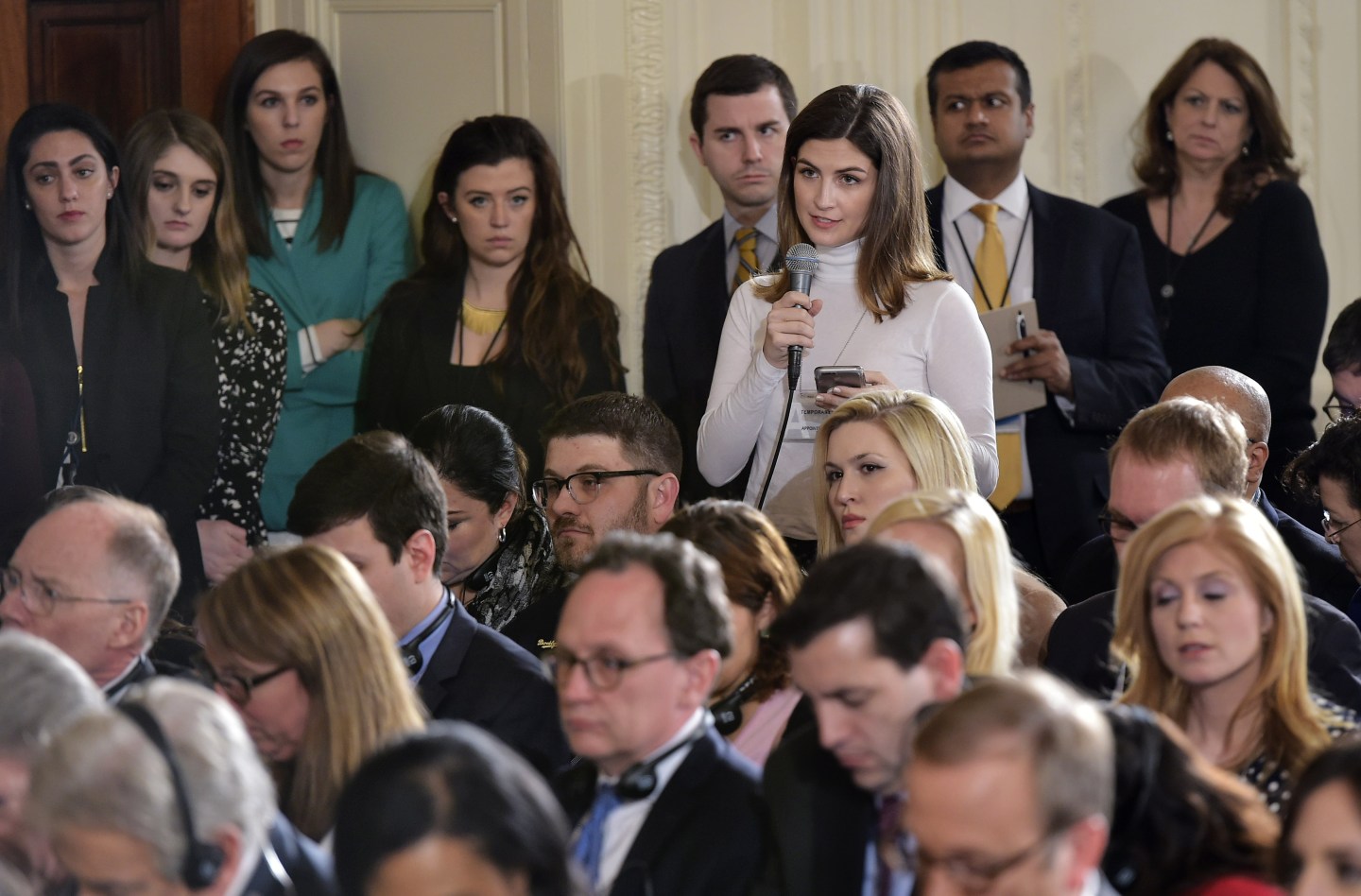 It’s no secret that President Trump and his administration are not fans of CNN.

But on Wednesday the distaste for the news channel reached new heights when a CNN reporter was barred from an event open to all press in the Rose Garden.

According to reports, after CNN reporter Kaitlan Collins asked about the tapes between Trump and former attorney Michael Cohen and Russian president Putin’s postponed visit to the U.S., she was told by White House communications staff that she would not be welcome to attend a subsequent joint event between Trump and European commission president Jean-Claude Juncker.

While Collins was for obvious reasons supported by her own network, she received an outpouring of support from others as well, including CNN rival Fox News.

Fox News President Jay Wallace said in a statement that the network stands in “strong solidarity with CNN for the right to full access for our journalists as part of a free and unfettered press.” Fox News chief political anchor Bret Baier echoed this on his show Special Report, noting that the network is aligned with CNN on “this issue of access.”

While the solidarity between two adversaries is undoubtedly notable, Trump’s increasing hostility toward the press has increasingly brought the White House press corps together. As CNN points out, Collins was the pool reporter on Wednesday, meaning that she was representing all of the major TV networks—a role that rotates from network to network each day. By barring the pool reporter, the White House’s action can be seen as an attack on all journalists, not just those perceived to be directly threatening to the administration.

This is not the first time that one network’s marginalization has drawn solidarity from the press corps at large. Under the Obama administration, the Treasury Department was criticized by journalists for attempting to exclude Fox News from a round of interviews. The network’s competitors refused to participate until Fox was permitted to join.