CBS and Kelsey Grammer Are Eyeing a ‘Frasier’ Reboot 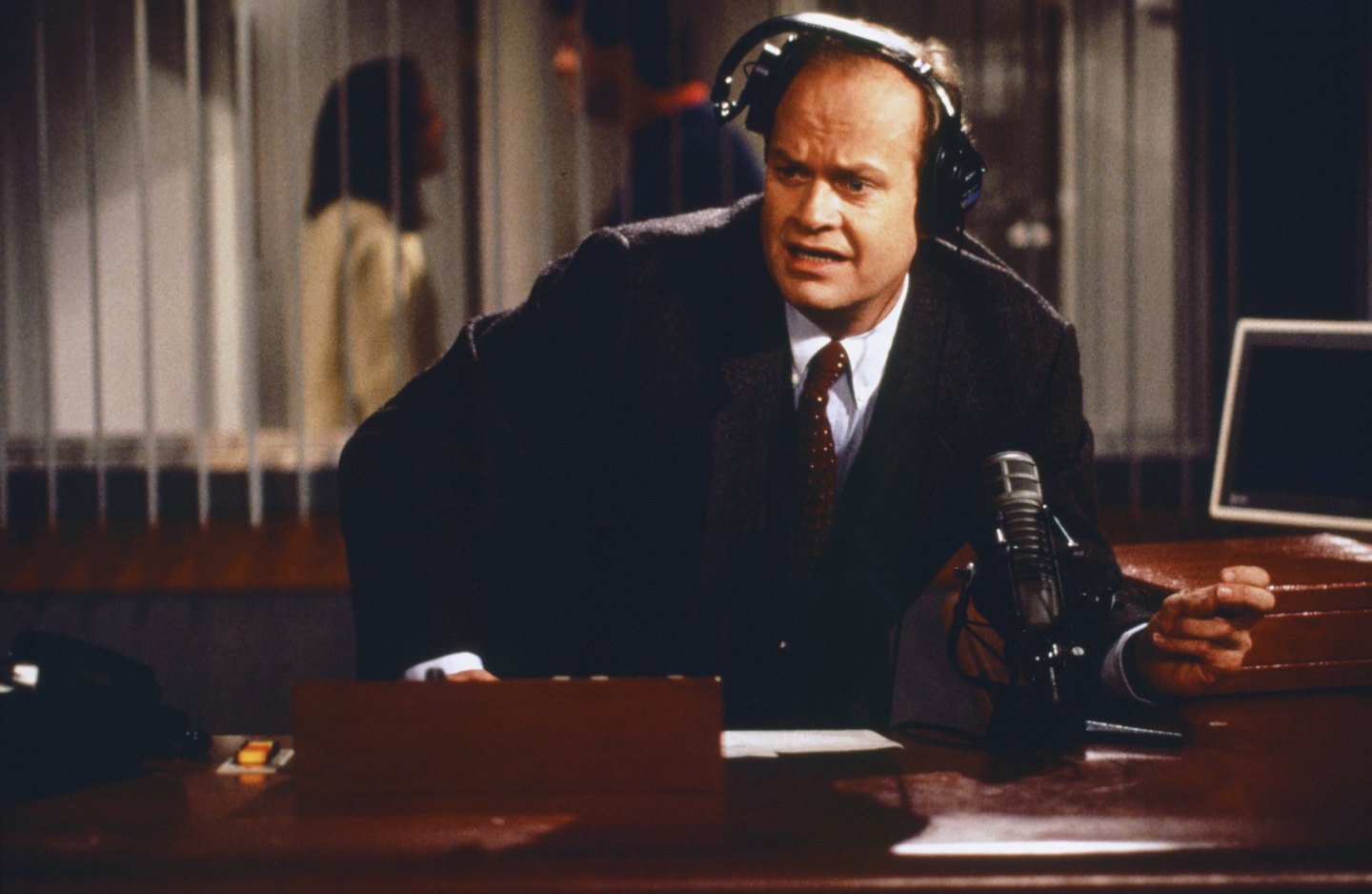 Five-time Emmy award-winner Kelsey Grammer is raring to get back to work on a new series with a familiar character, according to a report.

Grammer is said to be taking meetings with writers are producers at CBS Television Studios regarding a potential Frasier revival, according to Deadline. Grammer and the producers are hoping a writer can woo them with an enticing pitch for the series in order to get the green light.

If given, the series would likely be a spinoff of a spinoff (the titular character originated from NBC’s Cheers) with a rebooted concept rather than continuing with the original cast and setting, Deadline reports. CBS The studios did not immediately respond to Fortune‘s request for comment.

In Cheers, psychiatrist Frasier Crane was based in Boston before relocating in the spinoff series to Seattle, where he launched a new career as a radio host.

Fraiser, which ran on NBC for 11 seasons following its premiere in September 1993, won 37 Primetime Emmy Awards and is regarded as one of the best sitcoms of the 1990s.

Grammer in recent years has kept busy his production company, Grammnet Productions, working on successful series like the The CW’s Girlfriends and The Game and NBC’s Medium. He is also set to star in Fox’s upcoming legal drama Proven Innocent.