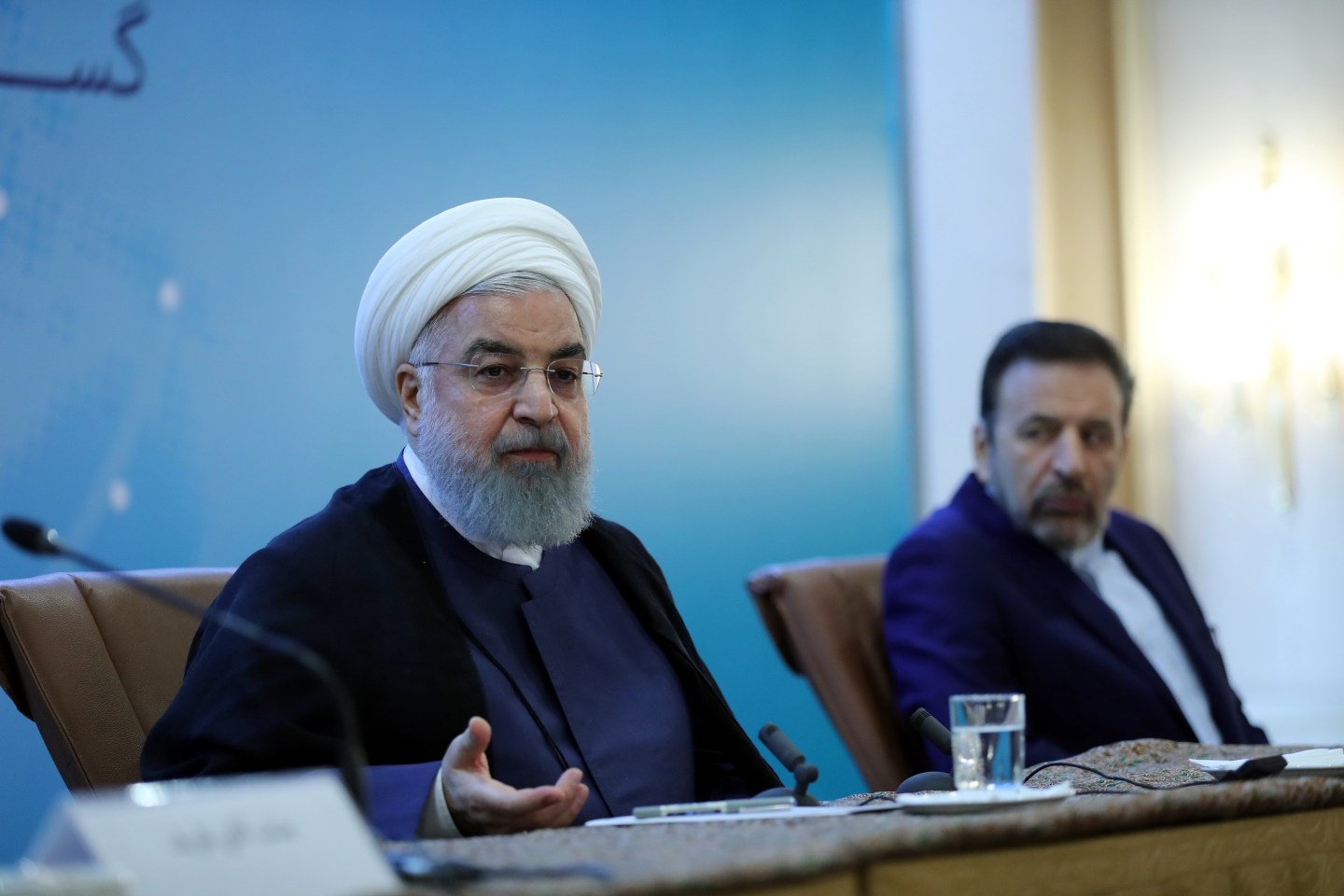 Iran’s president warned his U.S. counterpart Donald Trump not to threaten the Persian Gulf nation’s oil exports and called for improved relations with its neighbors, including arch-rival Saudi Arabia.

Trump is reimposing sanctions on Iran, which ships most of its oil through the Strait of Hormuz, in an effort to squelch the country’s oil sales. Hormuz, a shipping chokepoint at the mouth of the Gulf, is a conduit for tankers carrying about 30 percent of all seaborne-traded crude oil and other liquids. Other members of the Organization of Petroleum Exporting Countries such as Saudi Arabia and Iraq also export much of their crude through the Strait.

Iran will seek improved relations with its Arab neighbors in the Persian Gulf, including Saudi Arabia, the United Arab Emirates and Bahrain, Rouhani said in a speech in Tehran on Sunday, the semi-official Iranian Students’ News agency reported. But he also said Saudi Arabia still needs to “change its actions, let go of obstinacy and be willing to have relations.” He cautioned the U.S. against pursuing hostile policies against Tehran, saying that war with Iran would be the “mother of all wars.”

Iran and the European Union are working to salvage the 2015 accord that lifted sanctions on the country in exchange for concessions on its nuclear work. Trump withdrew from the international agreement and is restoring U.S. sanctions. Rouhani made his comments a day after Iran’s Supreme Leader Ayatollah Ali Khamenei said that negotiating with the U.S. would be useless.

Rouhani suggested that Iran has alternatives to shipping crude through Hormuz.

“No one who really understands politics would say they will block Iran’s oil exports, and we have many straits, the Strait of Hormuz is just one of those,” Rouhani said. He didn’t elaborate on the other “straits” Iran might have available for its exports.

“Mr Trump! We are the honest men who have throughout history guaranteed the safety of this region’s waterways,” Rouhani said. “Do not play with the lion’s tail, it will bring regret.”

Iran would halt oil shipments through the strait if the U.S. stopped it from exporting, Esmail Kowsari, deputy commander of the Sarollah Revolutionary Guards base in Tehran, said earlier this month, according to the Young Journalists Club, which is affiliated with Iran’s national broadcaster.