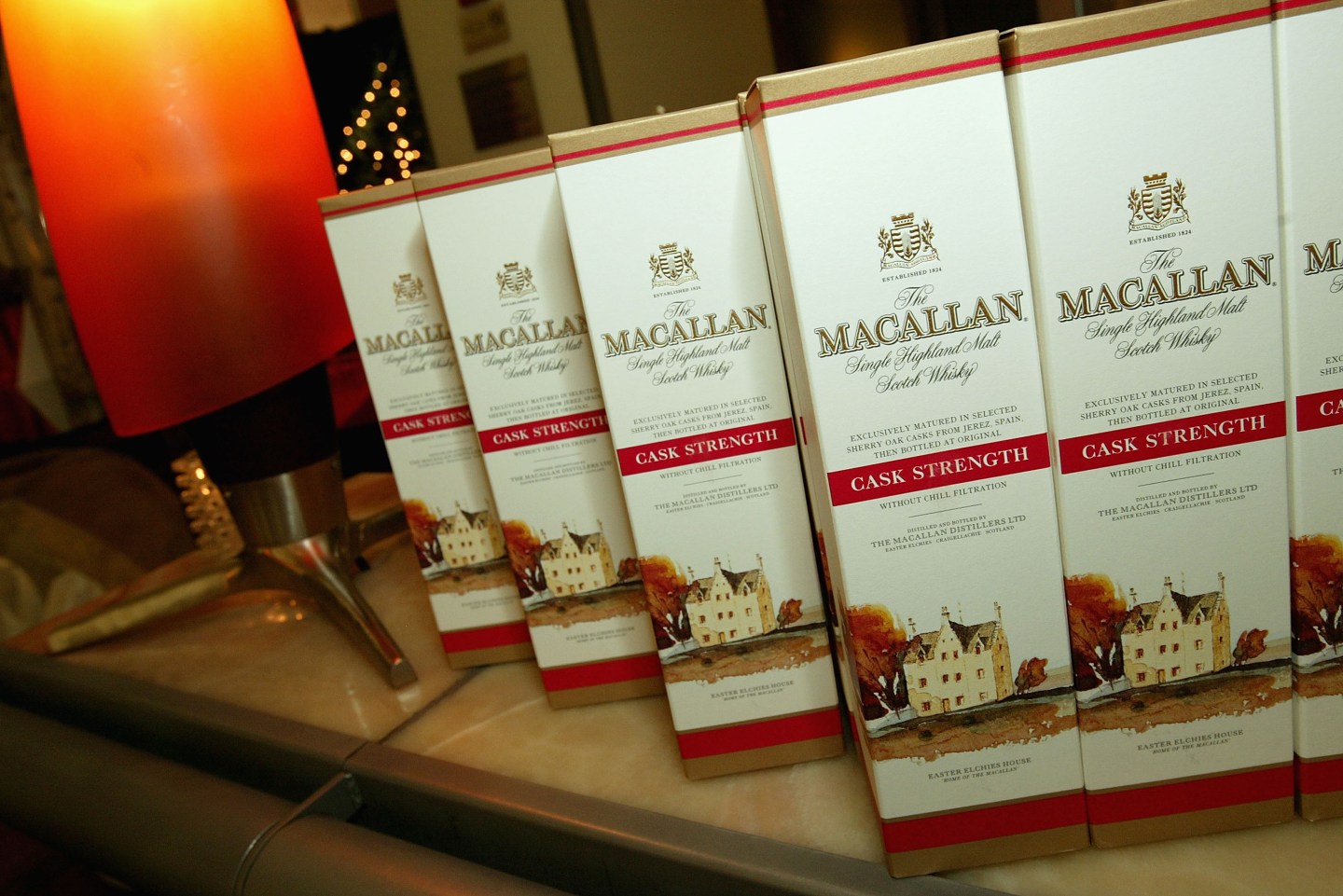 Boxes of Macallan scotch whiskey sit on display at the Distinctive Assets Talent Lounge And Spa For the 2004 Tony Awards .
Getty Images

Macallan opened a new distillery in Scotland last month, but now you don’t need a plane ticket in order to see it. Before opening the £140 million ($186.8 million) facility to the public, Macallan captured the entire structure in 12k high-resolution 360-degree video using drones and a remote-controlled robot. The result is an interactive virtual experience that the company is taking around the world for people to “experience” the distillery as if they were there.

While virtual reality creations are typically experienced using a personal headset, Macallan is instead using a small cube made of rear-projector screens, which can hold roughly 15 people at a time. Inside, six specialized projectors use ultra short-throw lenses to project onto the structure. The goal is to offer a VR experience comparable to what you might get from a headset, where you can look around and experience the distillery around you, but without the need to use a personal device.

The experience also includes immersive elements such as 3D spatial audio, wind and scent diffusion technology that matches the footage, and interactive controls using leap motion and Microsoft Surface tablets that allow guests to control the experience and determine what parts of the distillery they would like to learn more about using gestures in the air.

The virtual distillery will make its debut next week in New York City’s Grand Central Station. Guests can stop by Wednesday, July 25; Thursday, July 26; and Friday, July 27, which is National Scotch Day between 11:30 am to 7:30 pm EST (noon to 3:30 pm on Friday).