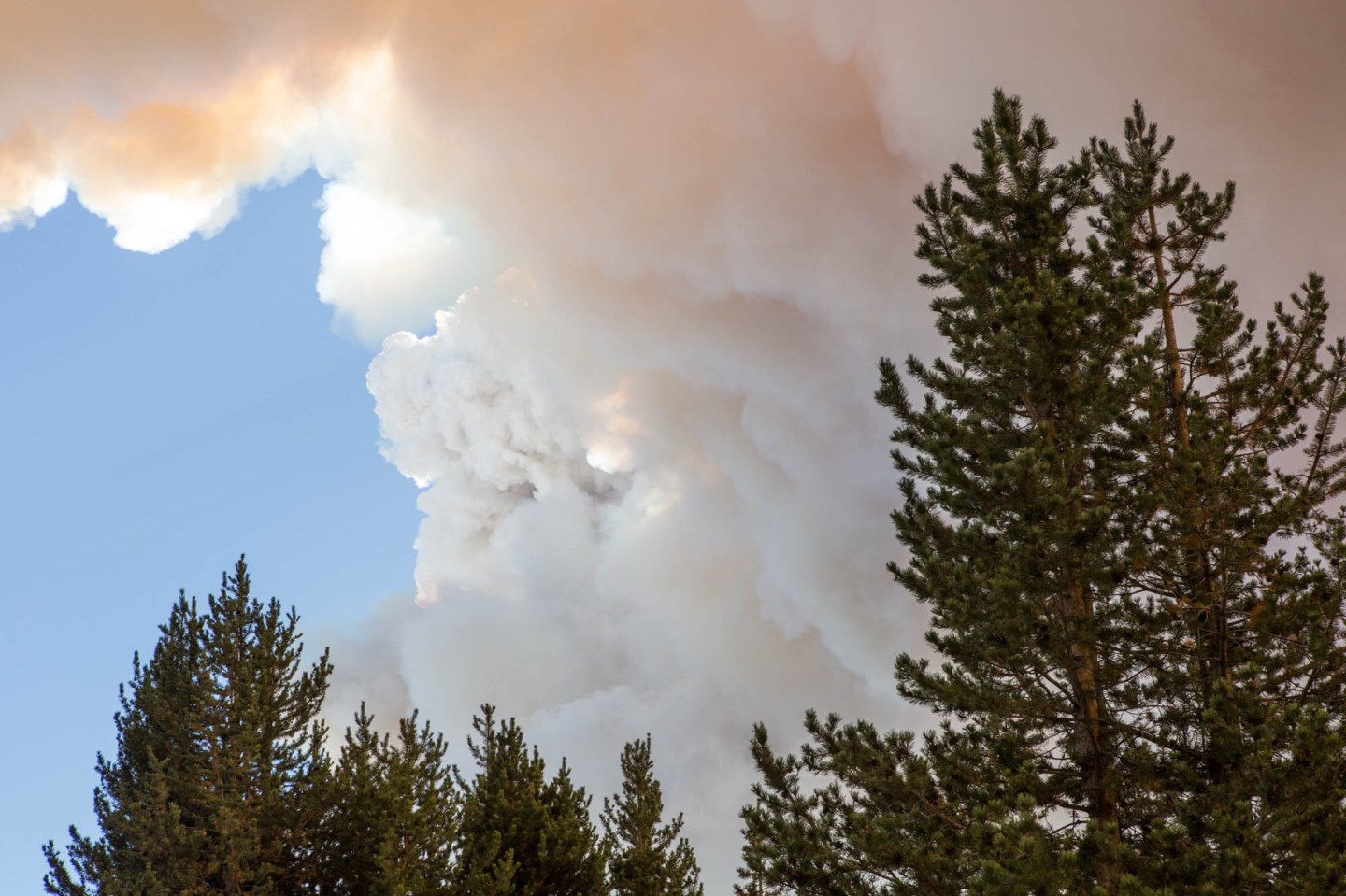 A wildfire burning largely out of control on the western edge of Yosemite National Park has killed one firefighter and shut down State Route 140, a major access route into the park.

According to the Associated Press, the fire, now known as the Ferguson Fire, broke out Friday and has now burned more than six square miles of land, while forcing the evacuation of a popular hotel within the park, as well as rural communities nearby. Smoke from the fire is also degrading air quality and visibility in the park, according to Yosemite.

Smoke from the #FergusonFire burning outside Yosemite in the Sierra National Forest is creating poor visibility in Yosemite and is affecting air quality. You can view webcams and check the current air quality on our website: https://t.co/TJYzcRjmR5. pic.twitter.com/VlYaVmXbp0

Yosemite is also warning that an alternate park entrance, via Highway 41 to the south, is experiencing significant delays due to the closure of of the western route.

Highway 140 between Midpines and El Portal remains closed with no anticipated time to reopen. Due to the road closure on Highway 140, expect long wait times on Highway 41 at the south entrance to Yosemite National Park.#FergusonFire #Yosemite #NationalPark

The deceased firefighter, 36-year-old Braden Varney, was killed while using a bulldozer to dig a trench intended to slow the spread of the fire.

According to the AP, 56 large fires are currently burning across the U.S., mostly in the West. The Union of Concerned Scientists notes that more severe and regular wildfires can be expected as global warming trends make forests drier during summer months.

The economic impact of those fires is accelerating rapidly. The annual damage caused by wildfires averaged $665 million per year between 2000 and 2009, according to National Oceanic and Atmospheric Administration data cited by UCS. In 2017, though, the cost of wildfire damage was estimated at over $3 billion in California alone. Nationwide spending to fight wildfires, meanwhile, rose to more than $2 billion in 2017.