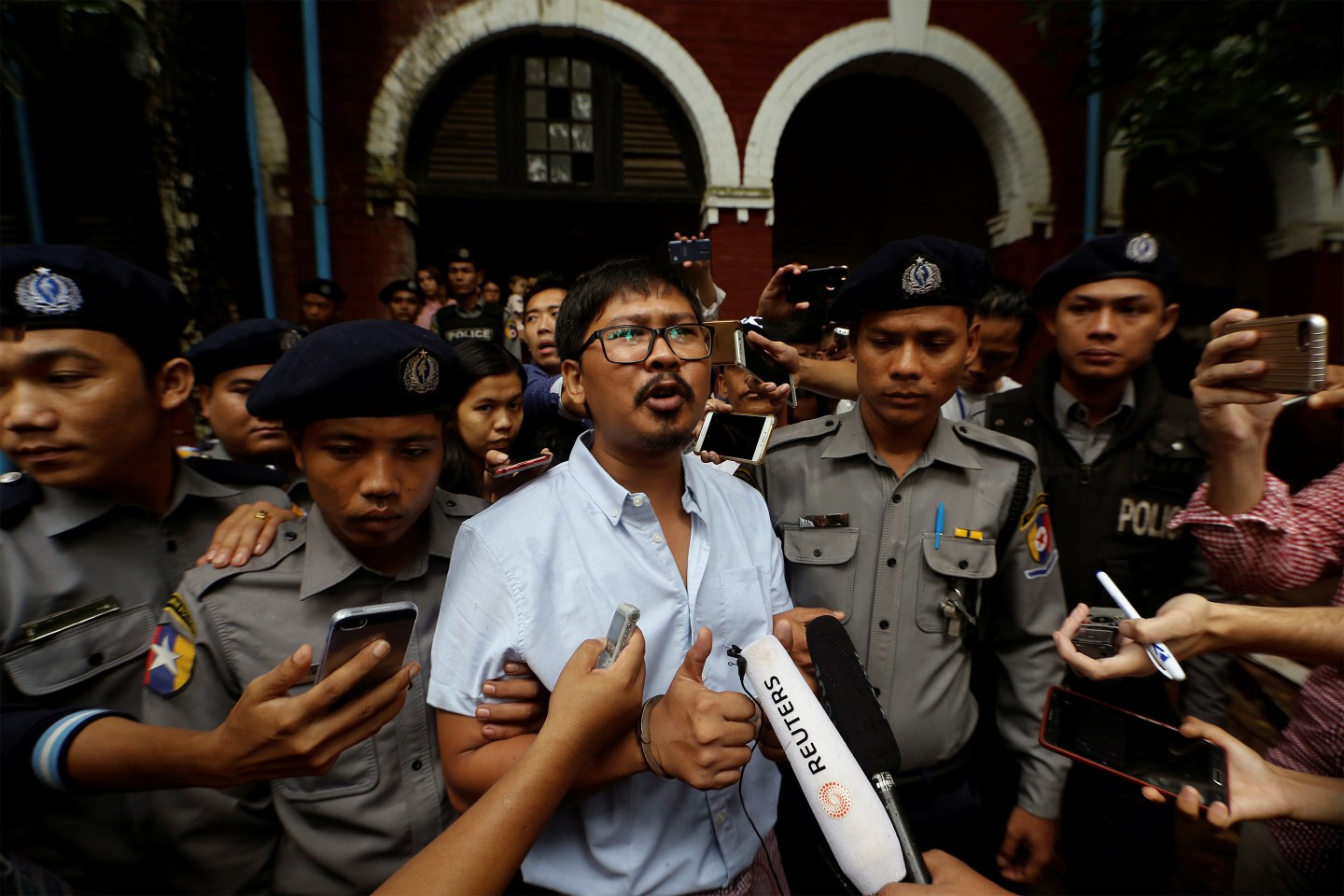 A Myanmar court charged two Reuters journalists with obtaining state secret documents Monday, moving the case to the trial phase after six months of preliminary hearings. The freedom of press case has made international headlines as a potential pathway to progress for the democratic country where the military still holds much power.

Wa Lone and Kyaw Soe Oo were invited to a restaurant by police officers in Yangon, where they were handed papers that allegedly linked Myanmar forces to the Rohingya killings. The journalists, who were almost immediately arrested by police, have been jailed since this incident. Their lawyers argue they were entrapped by police, broke no laws, and were simply doing their jobs.

The court has charged the two with violating the colonial-era Official Secrets Act, which is punishable by up to 14 years in prison, Reuters reports. They’re charged with obtaining state secrets with the intent to harm national security. Wa Lone and Kyaw Soe Oo have pleaded not guilty.

“Although we are charged, we are not guilty,” Wa Lone told reporters after Monday’s trial. Handcuffed, being led to a police car, he added, “We will not retreat, give up or be shaken by this.”

Stephen J. Alder, president and editor-in-chief of Reuters, said in a statement that he is “deeply disappointed” by the “baseless” court proceeding.

“These Reuters journalists were doing their jobs in an independent and impartial way, and there are no facts or evidence to suggest that they’ve done anything wrong or broken any law,” he said. “Today’s decision casts serious doubt on Myanmar’s commitment to press freedom and the rule of law.”

Reuters reports diplomats in Yangon have spoken out against the court’s decision, with statements from the U.S., the European Union, and Denmark.

The EU said the court’s decision “threatens fundamental freedoms, a free media and the public’s right to information in Myanmar.”

All have called for the case to be dropped and the journalists to be returned to their families.