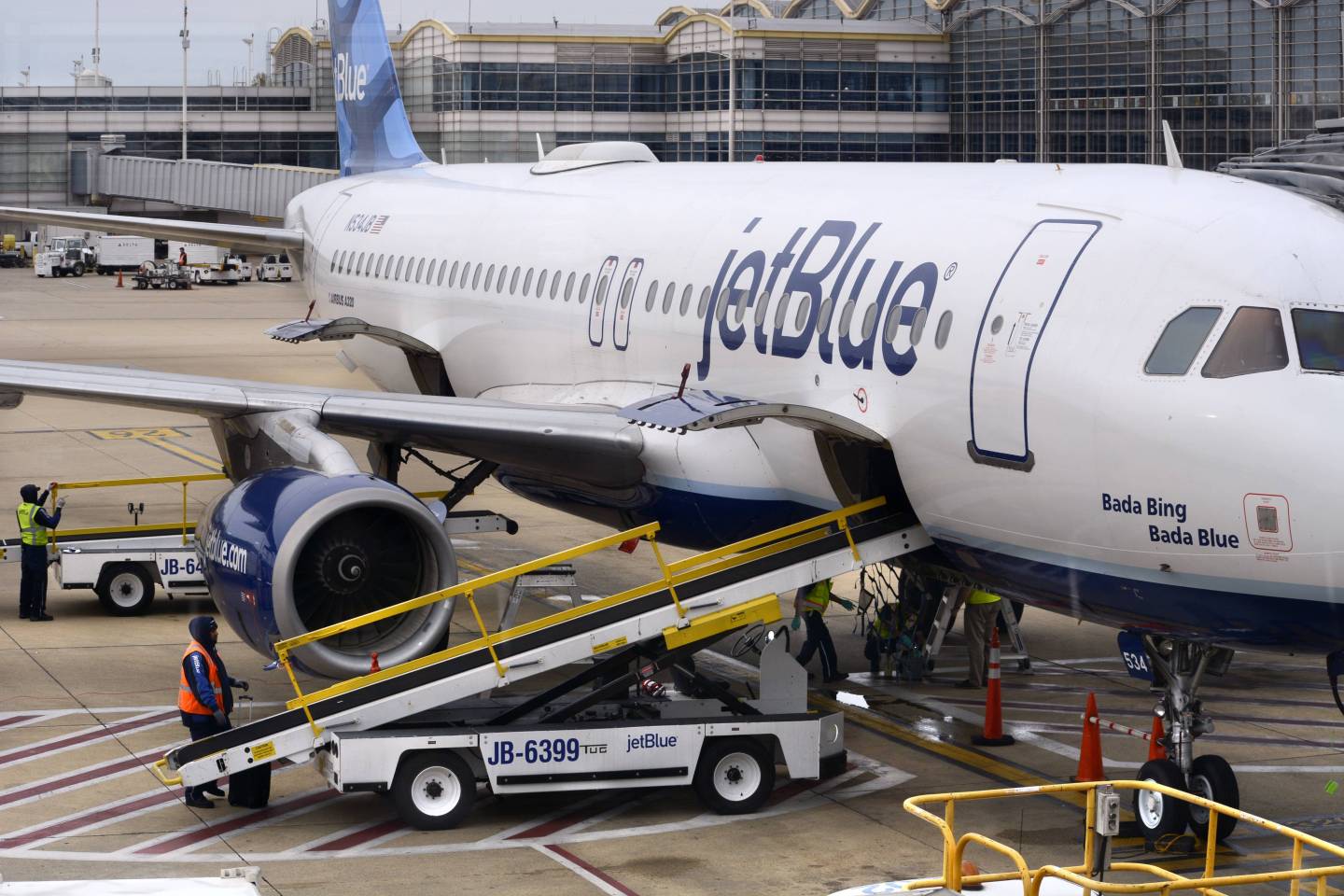 Most stories involving airlines and animals for the past year have been anything but uplifting. The latest, though, could make JetBlue a champion among animal lovers.

Crew members on a recent flight are being credited with saving a French bulldog’s life after it began having trouble breathing during a trip from Florida to Worcester, Mass.

Michele and Steven Burt were returning from Orlando with their three dogs when Darcy, the French bulldog, began pushing her head against the mesh part of her carrier. Thinking she was warm, the owners let her poke her face out of the carrier. That’s when they noticed something was wrong.

“I noticed that her tongue was blue and I am aware that is a sign of insufficient oxygen (Hypoxia) so I pulled her out from under the seat and placed her on my lap to cool down and help her relax as she was panicking and breathing frantically,” wrote Michele in an open letter to the airline.

Flight attendants politely told her the dog had to remain under the seat due to regulations, but when she pointed out the medical crisis, they threw the rulebook aside and got her some bags of ice to help cool Darcy down. When that failed, one crew member who also owned a French bulldog brought an oxygen tank and mask and said “maybe this will help.” It did.

“I placed the mask over her face, and within a few minutes she became alert and after a short time she didn’t want the mask. I believe [crew members Renaud Fenster and Diane Asher saved a life,” said Burt. “It may have been only a “dog” to some, not a major disaster certainly, but a family member to us. Goodness and kindness along with the ability to assess a medical crisis, albeit a canine in crisis saved the day.”

Airlines, of course, haven’t had a good track record with pets lately. United Airlines temporarily halted carrying animals in its cargo hold after two deaths earlier this year. A pet rabbit also died on the carrier in May.

Some airlines, though, have been especially pet-friendly, like Southwest, which flew orphaned dogs and cats to San Diego from Houston after Hurricane Harvey last year.