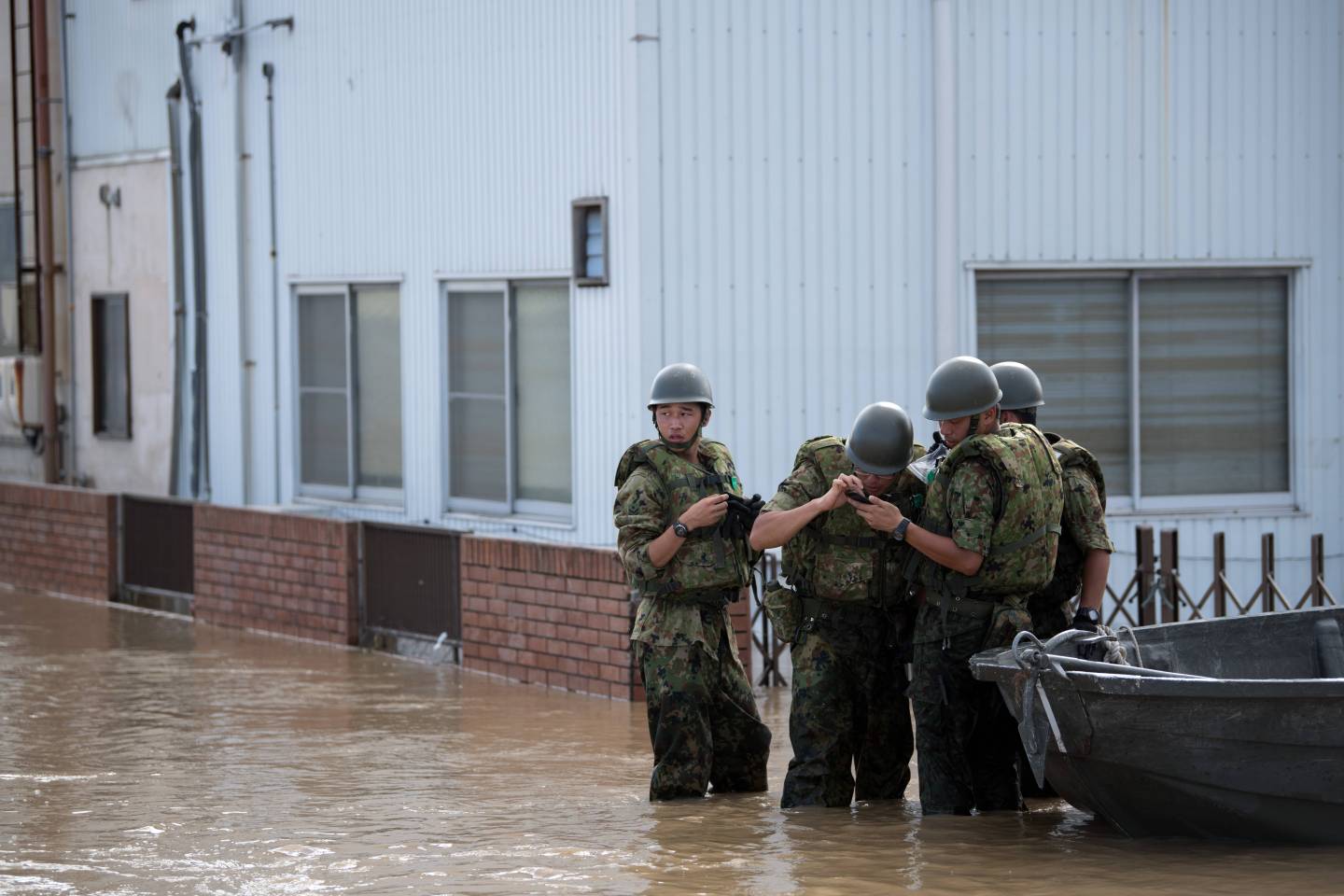 OKAYAMA, JAPAN - JULY 08: Soldiers check a phone as they search for survivors following flooding, on July 8, 2018 in Kurashiki near Okayama, Japan. Over 70 people have died and dozens are missing in Japan as torrential rain caused flash flooding and landslides across central and western parts of the country while more than two million people have been ordered to evacuate. (Photo by Carl Court/Getty Images)
Carl Court—Getty Images

Torrential rainfall in the southwestern islands of Japan has left more than 70 dead, according to local media, and dozens more missing, as floods strike for a third day. Prime Minister Shinzo Abe said “the rescue efforts are a race against time,” as emergency workers hurry to rescue individuals waiting on the roofs of their homes in flooded villages, the Guardian reported.

A landslide in Hiroshima, flash flooding in Okayama, and collapsed houses in Kyoto have caused the majority of deaths and damage. Road blockages and power outages have also forced many companies to halt operations until the circumstances lift.

A number of motor vehicle manufacturers were also forced to halt production due to an inability to get parts, according to Bloomberg. Mazda Motor Corp. temporarily closed a factory in Hiroshima on Sunday. Mitsubishi Motor Corp. stopped operations at a plant in Okayama, and Daihatsu Motor Corp., a subsidiary to Toyota, suspended production at plants in Osaka and Kyoto.