Spiders Can Fly Through the Air for Miles Using Electricity, Study Finds 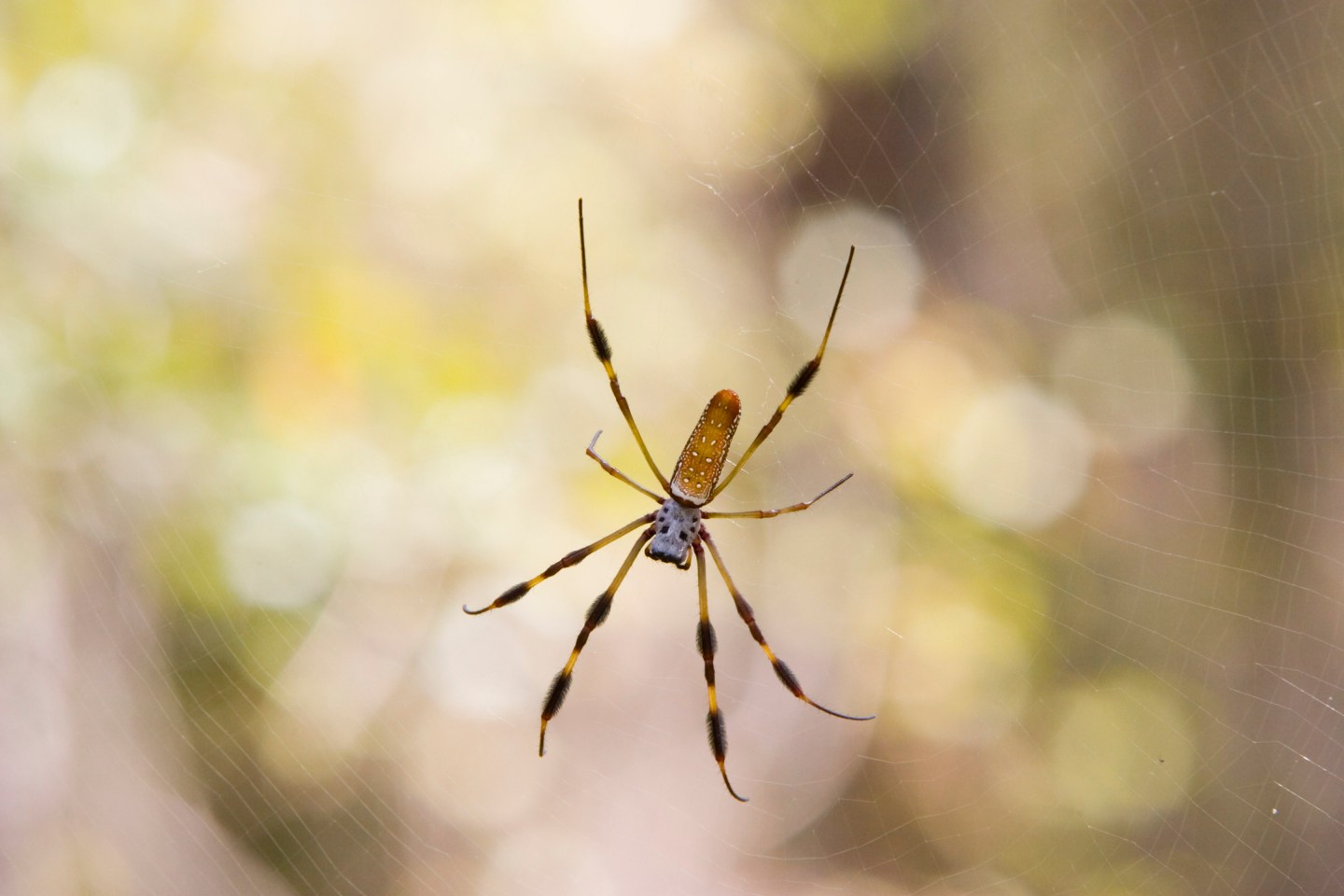 A new study published by scientists at the University of Bristol proves that spiders can sense the Earth’s electric field and use it to fly through the air. The process, known as “ballooning,” allows the arachnids to use strands of silk to float up to three miles above the Earth’s surface and 1,000 miles out to sea.

Charles Darwin first observed the flight of spiders aboard the HMS Beagle in 1832. While at sea, he noticed the ship was covered in webs, and found tiny spiders throughout. “I caught some of the Aeronaut spiders which must have come at least 60 miles,” he wrote in his diary.

Darwin suspected the “aerial excursions” could be propelled through electric force, but the theory had never been proven. Most scientists assumed spiders simply sail on the wind, but this didn’t explain how the arachnids traveled so far in light winds.

The new study, published Thursday in Current Biology, proves the use of electricity in spiders’ travel. Erica Morley, a sensory biophysicist at the University of Bristol, led the study that finally closed the centuries-old debate.

With captured spiders in an enclosed box, Morley and her team observed how the spiders reacted to certain electric fields. Spiders were placed on a cardboard strip in the center of the box. When the team generated electric fields similar to what spiders would experience outdoors, they noticed tiny hairs on the spiders’ legs, called trichobothria, stood on end. It’s a sensation similar to when you rub a balloon and hold it to your own hair — the electricity lifts it. This proved spiders can detect electric fields.

The electric fields also prompted the spiders to start “tiptoeing,” or standing on the ends of their legs with their abdomen in the air. According to Morley, this behavior is only seen before ballooning. Some spiders actually managed to take off, but dropped as soon as the electric field was cut.

When spiders tiptoe, lift their abdomen, and release silk, the strands pick up a negative charge. This repels the negative charge from the surface on which the spider stands, providing enough lift for ballooning.

Air currents can still play a role in the flight of spiders, but Morley and her team proved the arachnids could fly solely through the light of electric fields. The phenomenon is possible because the Earth’s upper atmosphere has a positive charge, while the ground has a negative charge. In stormy weather, this electric field can reach thousands of volts per meter above the ground.

In 2013, Peter Gorham, a physicist at the University of Hawaii, published a study providing a theoretical background for the possibility of electricity-propelled ballooning. Morley’s study is the first to prove the theory in the laboratory.