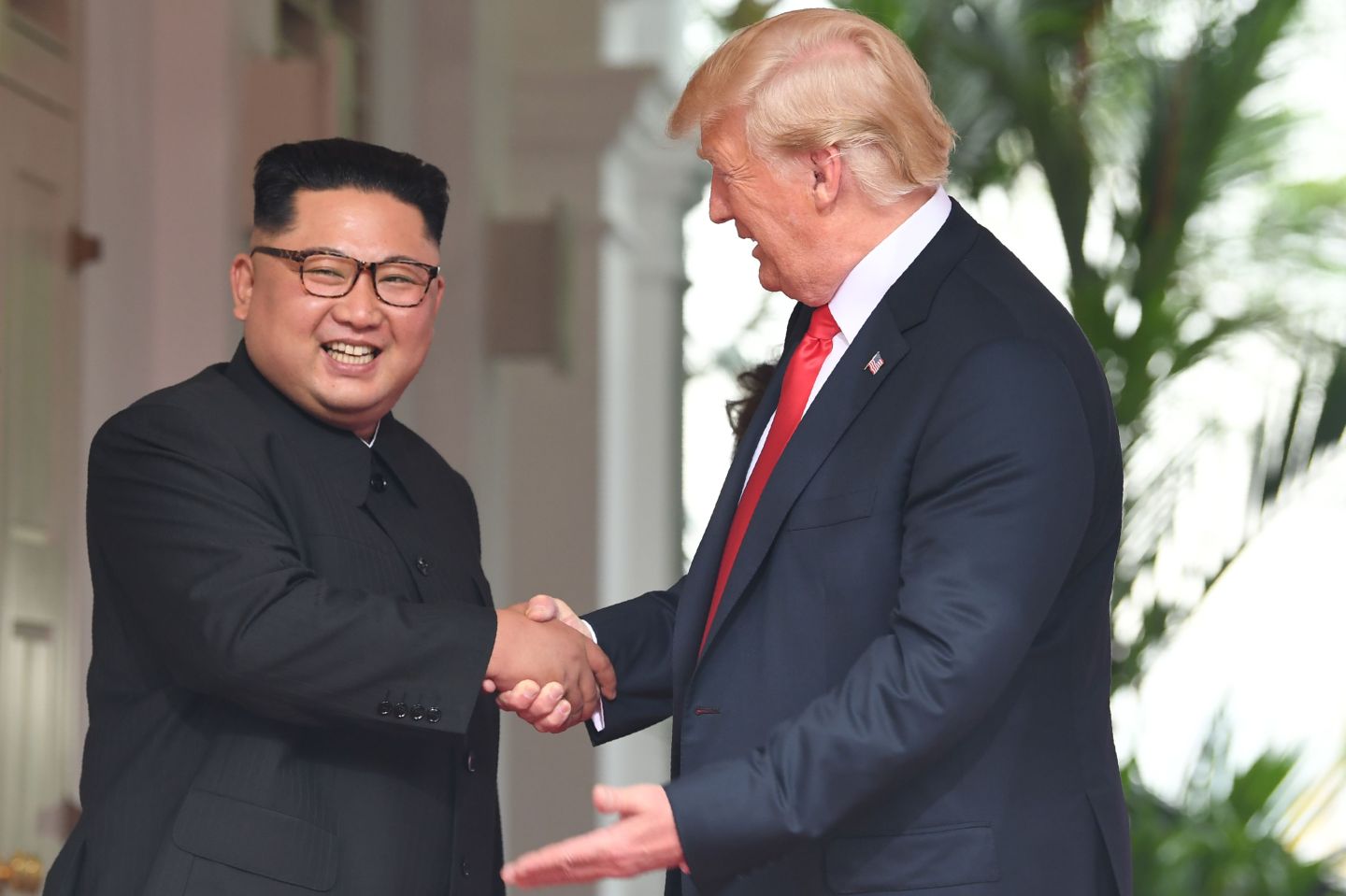 Elton John once ruled the pop charts, now he has entered the annals of diplomatic history.

Secretary of State Mike Pompeo left for North Korea Thursday for a round of diplomatic talks, reportedly carrying with him a letter from President Trump and a CD of Elton John songs, including “Rocket Man,” according to the Chosen Ilbo newspaper. Both were intended for North Korea’s dictator Kim Jong Un.

Trump derisively mocked Kim last fall as “Little Rocket Man” on Twitter and in speeches when tensions between the two countries were high. Kim replied by calling Trump a “dotard.” When the two leaders met at a diplomatic summit in Singapore last month, the “Rocket Man” tag came up during friendlier talks.

I spoke with President Moon of South Korea last night. Asked him how Rocket Man is doing. Long gas lines forming in North Korea. Too bad!

The paper quoted sources in Washington DC as saying that Trump asked Kim at a lunch whether he knew about the song. Kim replied that he hadn’t. Trump later signed a CD with the song on it, asking Pompeo to deliver it to the North Korean dictator.

Pompeo and other US officials are meeting with North Korean officials in Pyongyang to hammer out details on dismantling North Korea’s nuclear program. Talks will also cover the possibility of recovering the remains of US troops missing from the Korean War.

The talks are part of a broader U.S. initiative to persuade North Korea to give up its nuclear and ballistic missile programs. There are signs that North Korea has been expanding some missile manufacturing sites.

According to the New York Times, Pompeo has said that one goal of the talks is to determine whether the North Koreans are sincere about denuclearization, while privately conceding to some colleagues that he considers the talks to be doomed.