Trump Threatens China With 11 Times the Tariffs Officially Approved by the U.S. 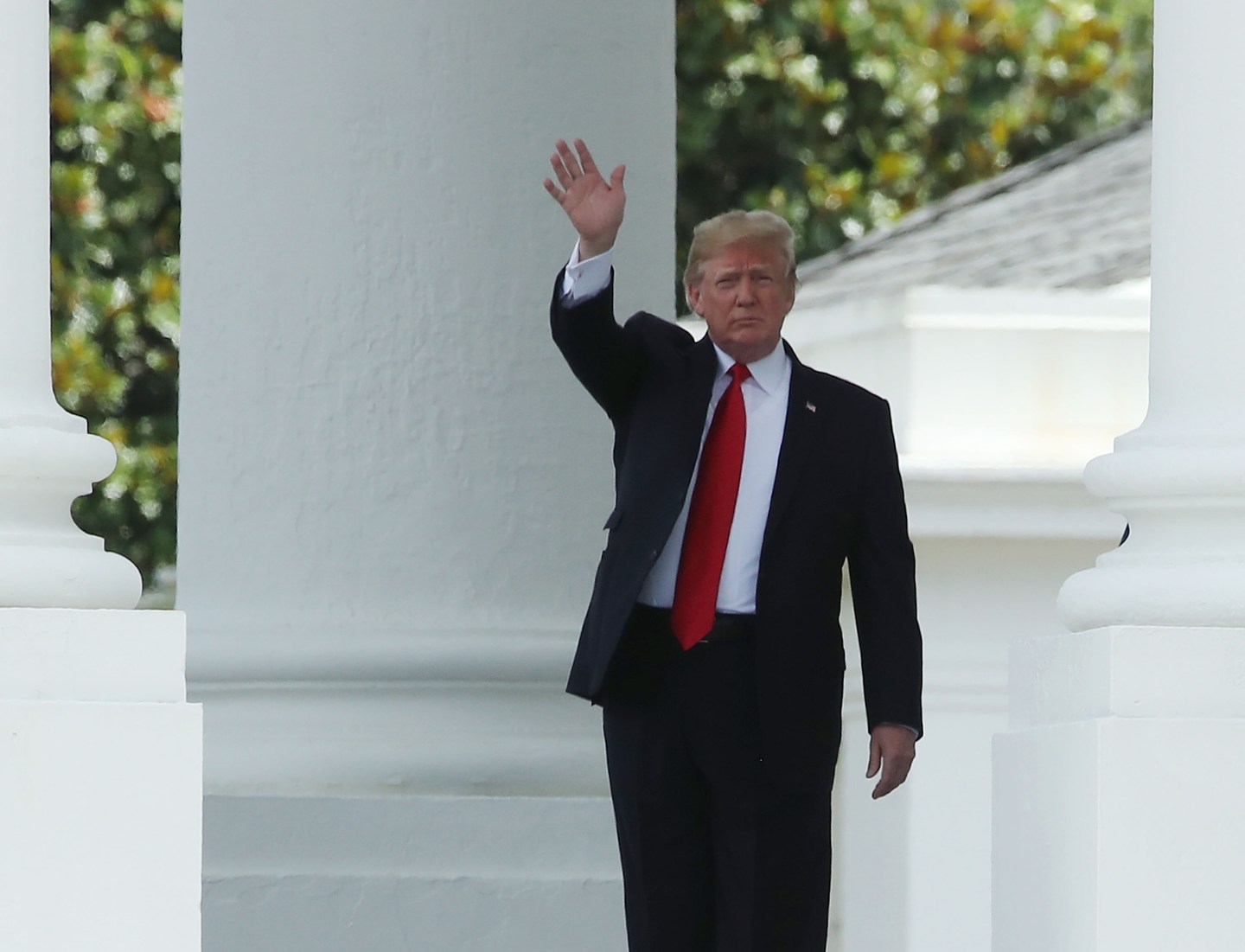 WASHINGTON, DC - JULY 05: U.S. President Donald Trump waves from the North Portico of the White House while departing on a trip to Wyoming to attend a Make America Great rally, on July 5, 2018 in Washington, DC. (Photo by Mark Wilson/Getty Images)
Mark Wilson—Getty Images

With just hours to go before the U.S. and China trigger billions in tariffs against each other, President Donald Trump is continuing the tough talk.

After reaffirming plans to impose $34 billion in tariffs against the Middle Kingdom starting 12:01 a.m. Friday ET, the President told a press gaggle aboard Air Force One Thursday that he may willing to escalate the trade war even further.

In total, Trump’s comments suggests that he is willing to place a total of $550 billion worth of tariffs against goods made in China—about eleven times the amount the U.S. has officially approved.

The figures come as stock market traders, farmers, and whiskey makers watch anxiously as the issue comes down to the wire. Both nations say they plan impose the duties starting just after midnight, though details have continued to shift. China was previously slated to begin imposing its tariffs about 12 hours earlier due to the time difference, according to multiple reports. But China later said it would not be the first to fire, instead responding only when the U.S.’s duties kicked in. The Middle Kingdom is slated to place import taxes on several U.S. goods, including soybeans and whiskey.

At the same time, trade relations between the U.S. and other world leaders have also been growing heated. The European Union is reportedly weighing tariffs of up to $300 billion on U.S. products, should the U.S. impose its threatened 20% to 25% tax on car imports.