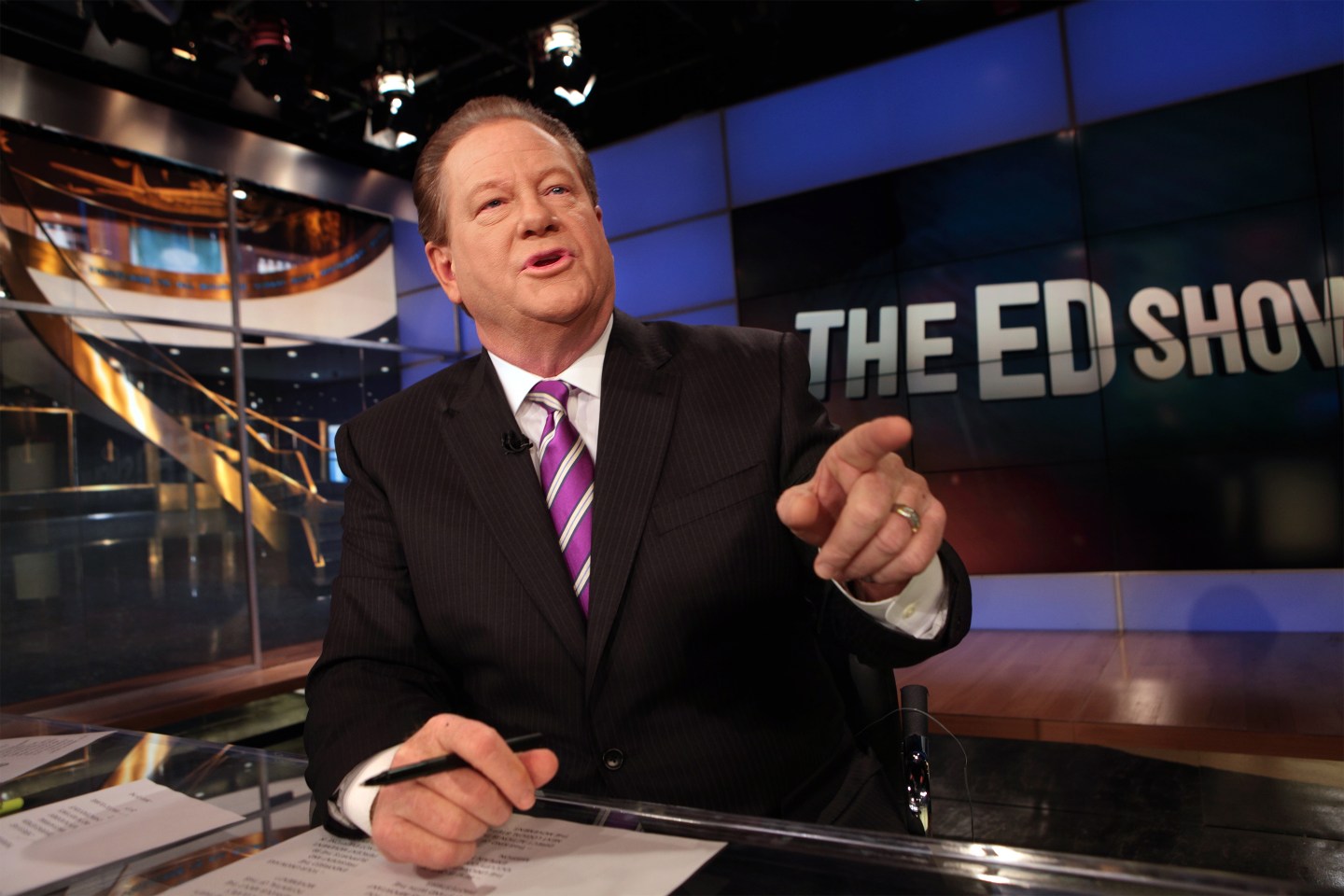 Ed Schultz, who rose to national prominence as a political commentator on radio and television, died Thursday at his home in Washington, D.C., his employer RT America reported. He was 64.

“We are devastated by the news of the sudden death of our brilliant anchor, one of the best TV-Journalists in America,” RT said in a statement on its website.

Schultz was best known for his weekday news and talk program, The Ed Show, which ran on MSNBC from 2009 to 2015.

As news of Schultz’s death emerged, the cable channel paid tribute to him on air.

Schultz began his broadcast career as a radio and TV personality in Fargo, North Dakota, in the 1980s. He authored several books and hosted The Ed Schultz Show, a nationally syndicated radio program from 2004 to 2014. After the show ended, it was replaced by a daily podcast.

After leaving MSNBC, Schultz joined RT America in 2016, and hosted News with Ed Schultz on the Russian-owned TV network. RT was forced by the U.S. government to register as a “foreign agent,” after being criticized for pushing Russian propaganda.

The channel’s editor-in-chief, Margarita Simonyan, said Schultz helped rally the staff when the channel came under scrutiny. “When the campaign against RT America began and the channel was forced to register as a foreign agent, Ed set an example for all of us, saying: ‘Let them call me what they want, I am going to speak the truth no matter what,’” Simonyan said in a statement Thursday.

Schultz is survived by his wife, Wendy, and six children.

His son, David Schultz of Fargo, North Dakota, said the broadcaster was a devoted family man.

“He was an unbelievable father and husband,” David told The Associated Press. “His family and friends are extremely, extremely sad right now. And we thank everyone for their thoughts and prayers, as well as privacy for our family though this time.”