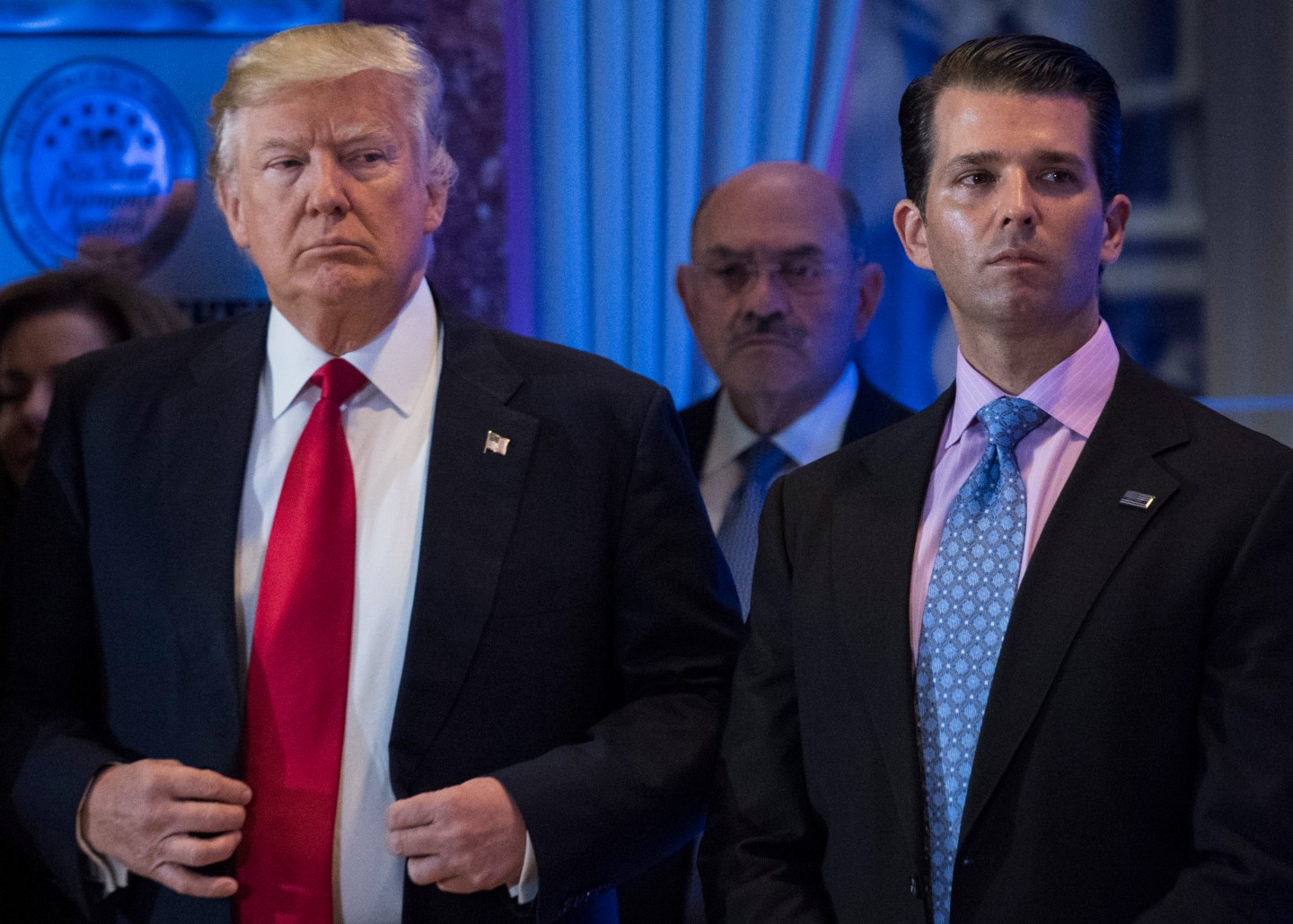 Donald Trump Jr. celebrated July 4th with an image of his dad in a Revolutionary War uniform. And he seems to be continuing the celebration a day later.

Trump Jr. took to his Instagram account on Wednesday to share an image of his father from an unidentified artist dressed in an American Revolutionary War uniform. In the piece, the president, who’s standing on a burning pyre, is holding a Bald Eagle and a minigun and an American flag is behind him. A big “TRUMP” is displayed at the bottom of the image.

“This is amazing,” Trump Jr. wrote in his Instagram caption.

But he wasn’t done.

Thursday morning, Trump Jr. was back to his Instagram account to share another piece of artwork featuring his father. This one features the president wearing sunglasses in a white shirt sprinkling stars. The artwork is a take on “Salt Bae,” the Turkish Chef Nusret Gokce who famously sprinkles salt on meat. His technique became an internet sensation and a meme.

“Newly discovered footage of Freedom Bae,” Trump Jr. wrote. “Just sprinkling a bit of freedom for all of us to enjoy this #IndependenceDay weekend.”

Newly discovered footage of Freedom Bae!!! Just sprinkling a bit of freedom for all of us to enjoy this #independenceday weekend. Also continuing my quest to take out pop culture terms😂🇺🇸🦅😂🇺🇸🦅#trump #bae #freedom #fourthofjuly #4thofjuly