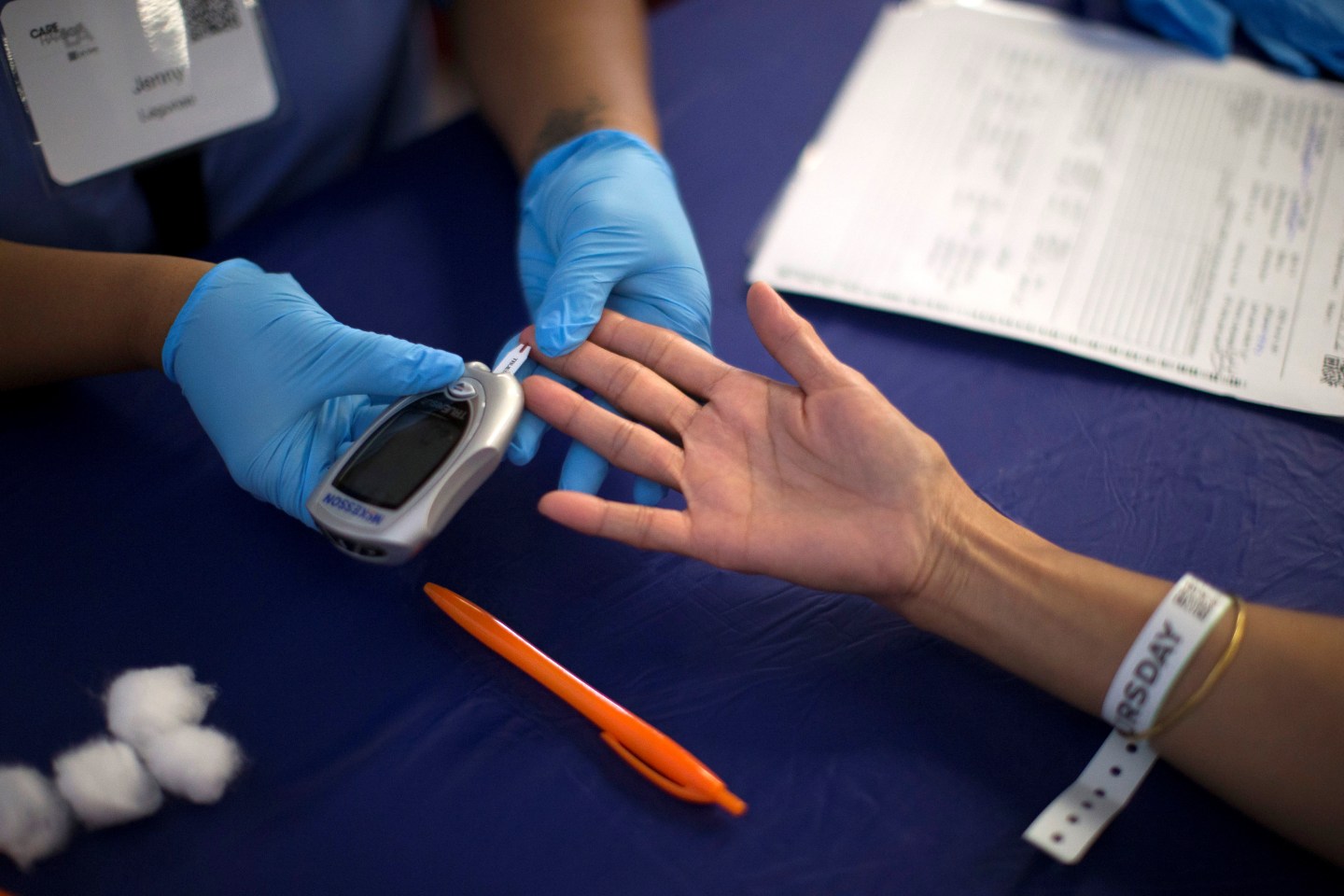 A person receives a test for diabetes in Los Angeles, California.
Mario Anzuoni—Reuters

Working less can lower a woman’s risk of diabetes.

A new study published Monday in the journal BMJ Open Diabetes Research & Care found that women who worked more than 45 hours a week had a 63% greater risk of diabetes compared to those who worked 35 to 40 hours a week.

The researched tracked 7,065 Canadians over 12 years. While working long hours increased women’s risk of diabetes, researchers did not see a similar effect in men.

Researchers aren’t certain why the issue seems to be female-only, but some suggest that it might be because of how women spend their time off. Many spend non-work hours doing household chores and caring for children, more so than their male counterparts, the study states. All that extra outside work can contribute to stress, which can negatively impact a woman’s health.

Women are also more likely to put others before themselves and neglect self care, the researchers say. Not eating a good diet or getting enough sleep can also be contributing factors to diabetes and could potentially increase in women that are working longer hours.