Amazon Will Supersize Its Second Grab-and-Go Grocery in Seattle 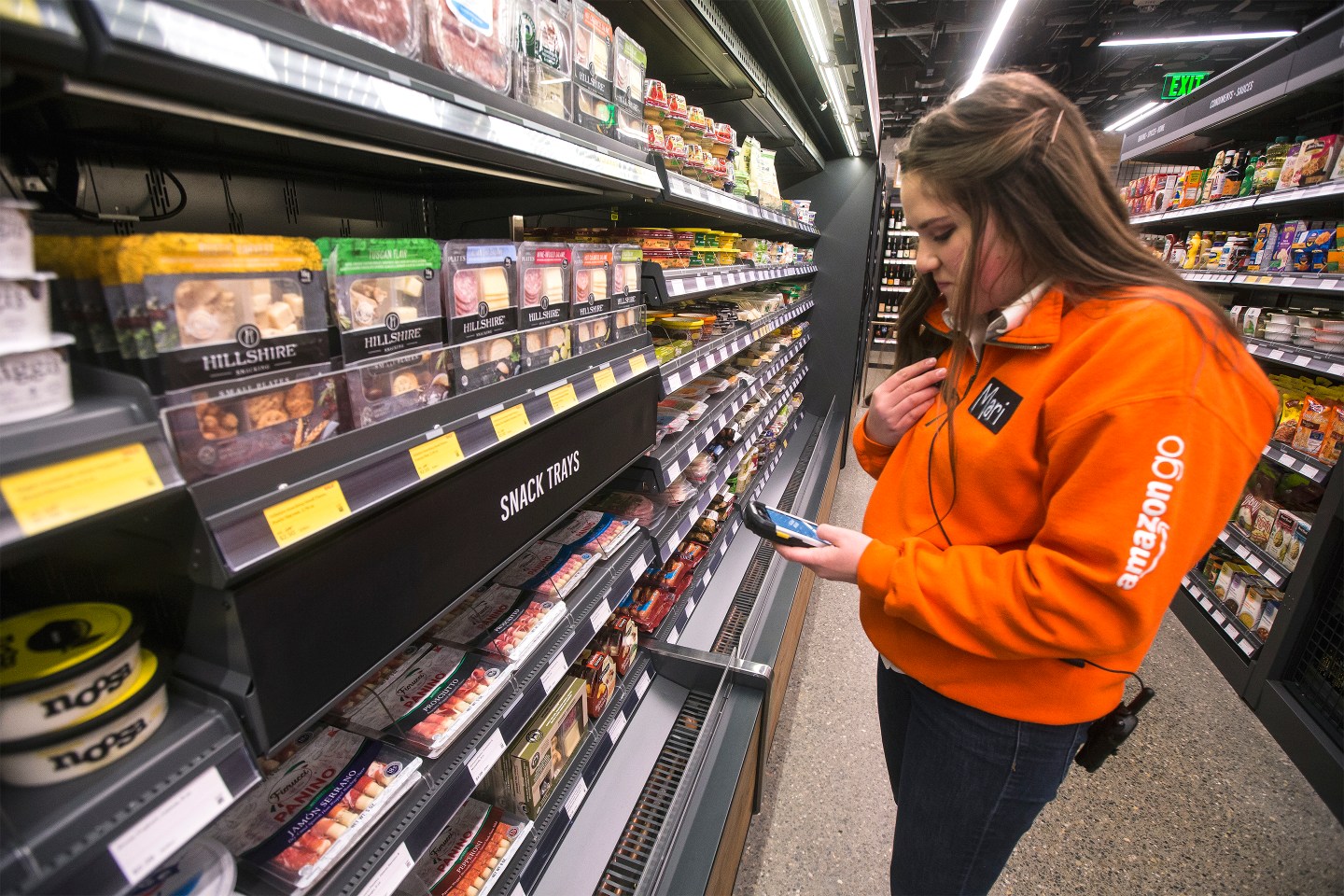 Amazon’s futuristic grocery store, which relies on computer vision and AI to get rid of cashiers for checkout, will open its second location this year, the company confirmed Tuesday. “We are excited to bring Amazon Go to 920 5th Avenue in Seattle. The store will open in Fall 2018,” a spokesperson said in a statement. The new location has about 70% more square footage than the current, somewhat cramped store.

GeekWire first reported on signs, including literal ones, that a location in Seattle about a mile from the firm’s first Amazon Go store was being prepped: some window masking had peeled back at the top of the store being prepped, allowing a peek inside. According to permits, the new store will be 3,000 square feet; the first store is just 1,800, and has a layout that shows the store was fit to the space, rather than the other way around.

The Amazon Go concept replaces cashiers and self-checkout with a grab-and-go approach. Customers check in by scanning a 2D code from the Amazon Go app upon entry to the store. They are then tracked by a large number of cameras in the ceiling, which continuously analyze behavior in the store. When a customer removes an item from a shelf, the machine-learning-based algorithms record the item. Customers simply walk out and a receipt is sent later.

The first Amazon Go store opened on the company’s informal campus on the northern edge of downtown Seattle. The second location will be about a mile away at Madison Center, a 36-story building that opened last year in a heavily trafficked central part of Seattle’s core.

Though the Amazon Go store has no cashiers, it is extensively staffed, particularly at the entrance and with shelf stockers constantly replenishing inventory. A section selling alcohol requires a full-time staffer to check ID.

Amazon confirmed in May that it has stores planned for Chicago and San Francisco, but no timetable for opening the locations was revealed. The e-commerce giant is also rumored to be opening stores in Los Angeles and other parts of Seattle, too.

The larger footprint may prevent at the new location the lines outside the checkout-free store that sometimes ironically form.