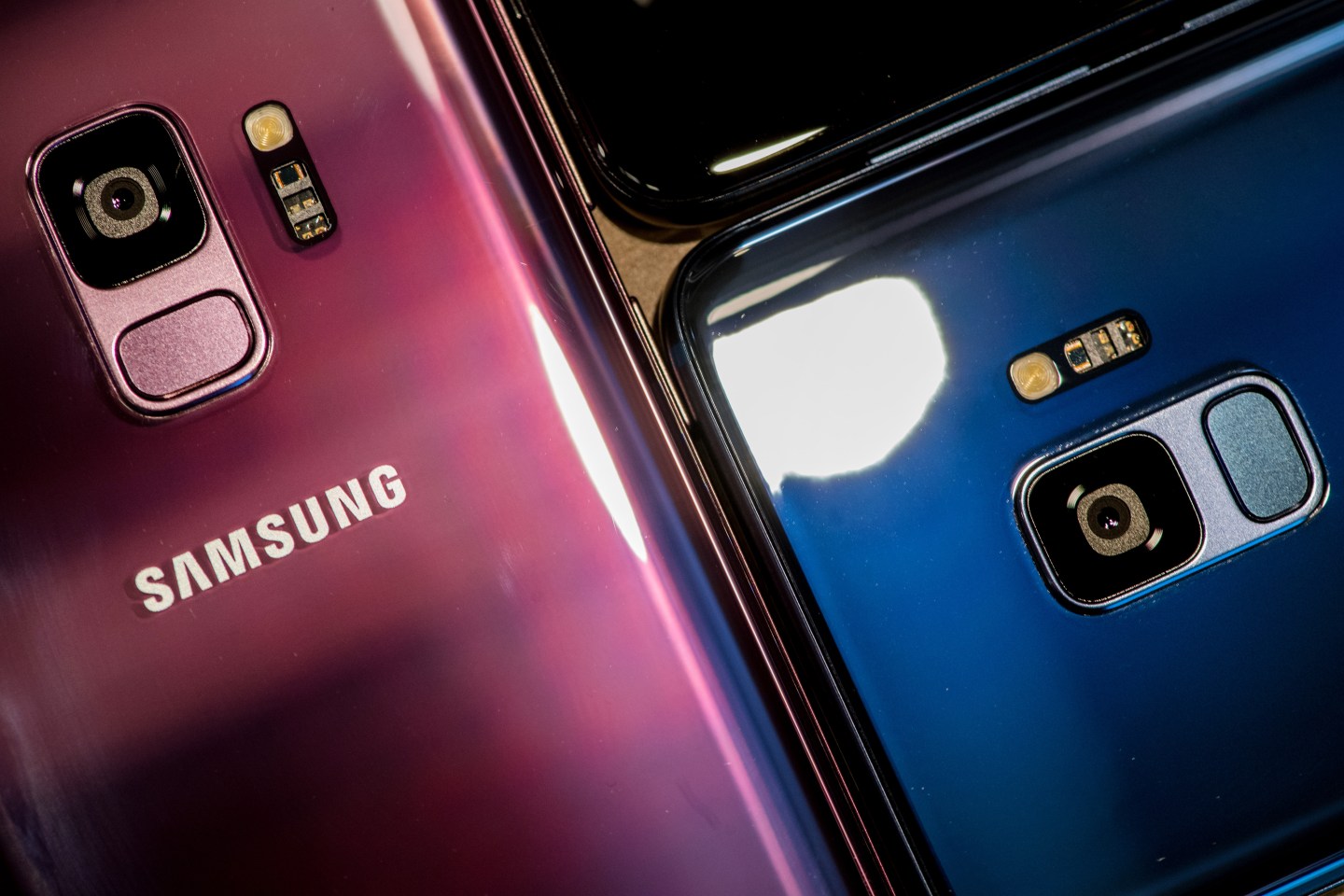 A camera and fingerprint reader sit on the rear casing of Galaxy S9 smartphones as they stand on display during a Samsung Electronics Co. 'Unpacked' launch event in London, U.K., on Thursday, Feb. 22, 2018. The South Korea-based technology giant is banking on new features such as augmented reality-based emojis, camera upgrades, and stereo speakers in a form-factor similar to last year's model in order to take on Apple Inc.'s iPhone X. Photographer: Chris J. Ratcliffe/Bloomberg via Getty Images
Chris J. Ratcliffe — Bloomberg via Getty Images

Samsung phone owners: Think of the most revealing photo stored in the photo library on your smartphone. Now imagine it being sent to your mother, grandfather, or nephew. It could happen.

Gizmodo first reported that on complaints on Reddit and Samsung’s hosted forums that images stored on at least a few models of Samsung smartphones had been sent randomly and without warning to people in users’ contact lists.

Samsung has confirmed that it is aware of the reports, and a spokesperson said in a statement that the company is looking into whether there’s root cause. The company directed owners having issues to call 1-800-SAMSUNG. Sending photos can be disabled entirely via Settings by disabling storage permissions for the Samsung Messages app. Users can also switch to other messaging apps.

There’s no definitive list of Samsung phone models affected yet, and the issue may be related to recent software updates pushed to phones.

Six days ago, one Reddit user noted that his entire photo gallery was sent to his girlfriend overnight from a Samsung S9+, but there was no record on his phone in Samsung’s messaging app. Another user chimed in that it had happened both to him and his wife with the same models. Both they and other Reddit users who reported the same problem found no record of the messages having been sent, either.

User jdrch summed up a common fear: “Do S9s come with divorce lawyers?”