Roseanne Barr Is Considering a TV Return After ‘Roseanne’ Was Canceled 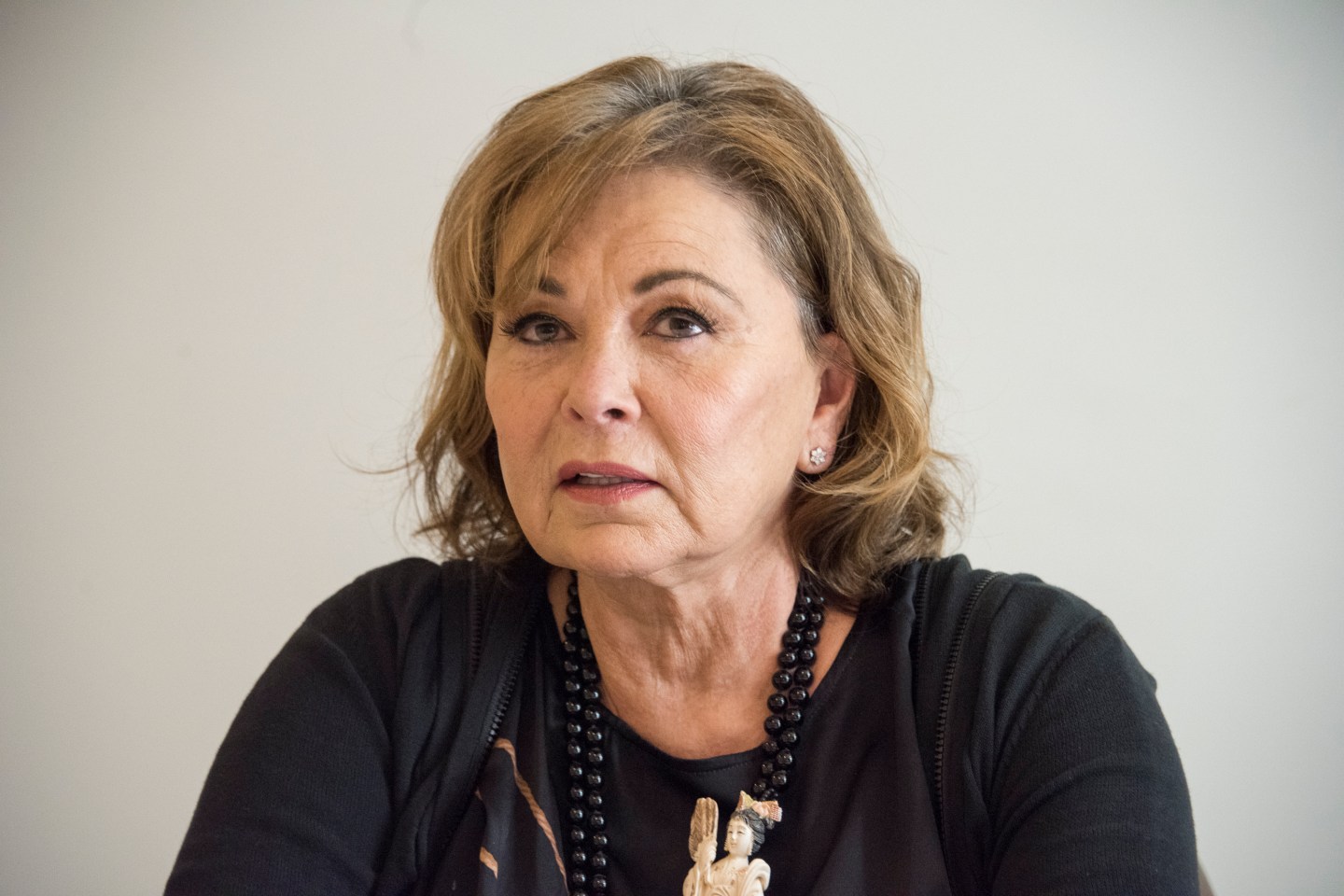 Roseanne Barr may be returning to television sooner than later.

The comedian says job offers have been pouring in since ABC canceled Roseanne in May.

“Inside every bad thing is a good thing waiting to happen and I feel very excited because I’ve already been offered so many things,” Barr said on Sunday’s episode of Rabbi Shmuley Boteach’s podcast. “I almost already accepted one really good offer to go back on TV and I might do it. But we’ll see.”

It was her second interview with Shmuley since her series ended. The rabbi is a supporter of President Trump and says he’s been friends with Barr for years.

During their latest interview, Barr talked about the Torah, her Jewish faith and her decision to allow ABC to move forward with a Roseanne spinoff without her.

The comedian co-created ABC’s reboot of her 1988 sitcom.

But the network canceled the show on May 29, after Barr posted a since-deleted tweet comparing former Obama adviser Valerie Jarrett, who is black, to an ape. Her controversial comment followed other social media insults, and ABC had enough.

On June 21, the networked announced it was moving forward with a Roseanne spinoff without Barr. The new series, titled, The Conners, will premiere in the fall. In a statement that accompanied ABC’s announcement, Barr said she received a settlement to bow out of the show.

On Sunday, Barr told Boteach she didn’t ask for any money when she signed away the rights to Roseanne.

“I didn’t ask to be paid off. I asked for nothing,” she insisted, adding that she agreed to allow the new series to move forward to help the cast and crew, particularly African-American actress Jayden Rey, who played her granddaughter on the reboot.

“I wanted Jayden specifically to have her job, because I love her,” she said.

Still, Barr admitted it hurts knowing the show is continuing without her because “every story” was based on her life.

“To change my work too, is pretty painful. But whatever, I can’t do anything about it,” she said.