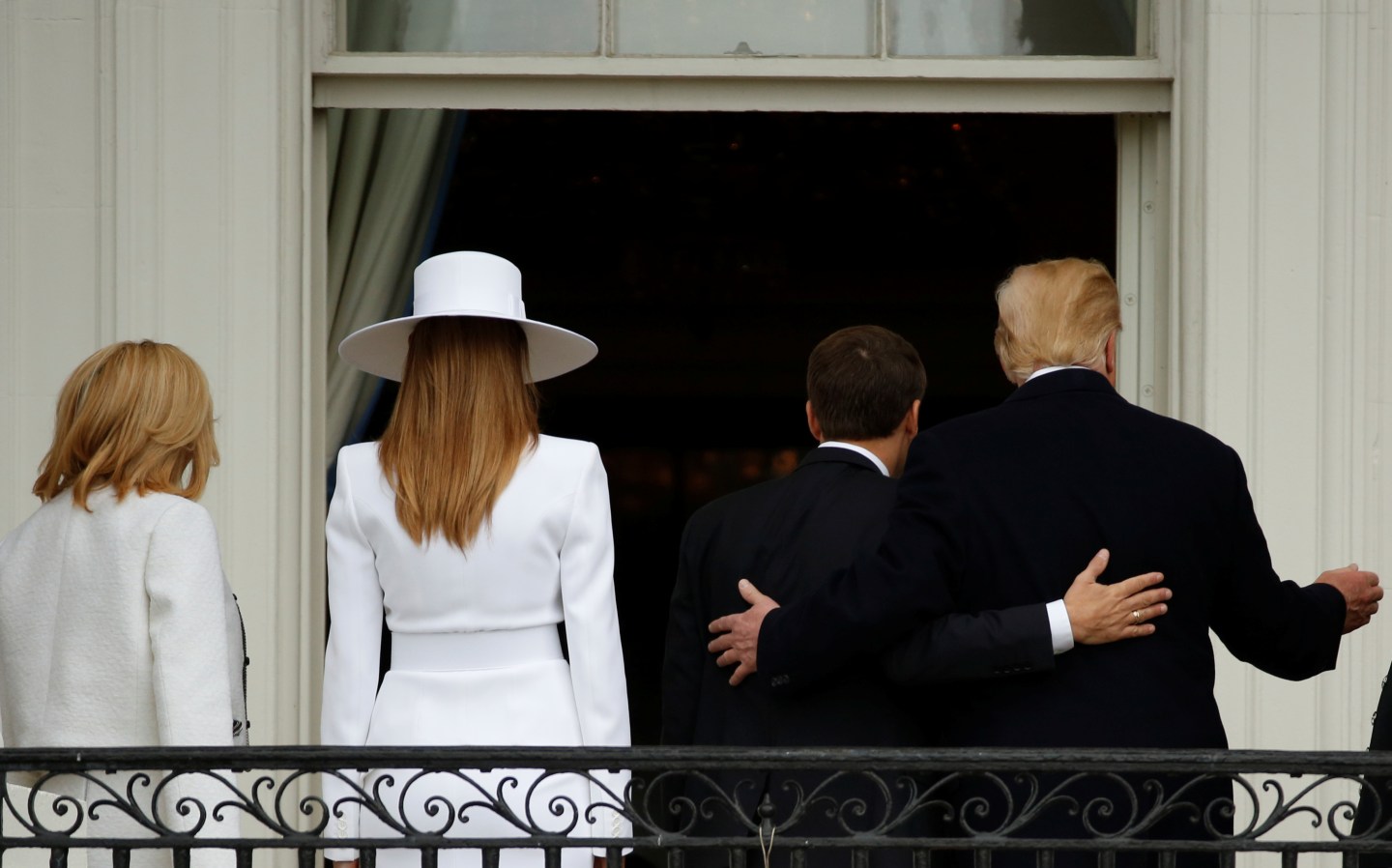 The First Lady received a cut of at least $100,000 from photos of her, Donald Trump and their son, Barron, when used in news coverage, lifestyle publications, and merchandise, NBC News discovered. The photos also carried a requirement that they only be used in “positive stories.”

The revenue comes from 187 photos shot between 2010 and 2016 by Regine Mahaux, a Belgian photographer who has continued to photograph the family since. Lifestyle and news photographers routinely license images to agencies that handle licensing, dispersing royalties, and pursuing violations. (A search of Getty Images’ database finds more than 187 photos from 2010 and later, but only some of those were licensed during that time.)

Professional models in photographs typically receive a flat fee for their appearance, and some celebrities arrange photographs of special events—like their weddings or first pictures of babies—and receive payment, sometimes including royalties. But it’s rare for that to occur in other situations.

This disclosure entry was unexamined until now, when NBC News dug in to find the source of revenue. Getty licensed the images with a set of restrictions, which include “no tabloids; positive stories; needs photographer approval” and a minimum fee of $500 per use. Photo agencies typically set a fee based on type (such as editorial, advertising, or merchandising), and the online or print audience reach of the publication. No mention of the revenue sharing appears.

Some of these images appeared on major news organizations’ sites, which NBC News said includes Yahoo News, NBC News itself, the Houston Chronicle, and the Daily Mail. When contacted by the reporters, NBC News said several operations removed the images from their sites. None who responded to comment seemed aware of the coverage prohibition, including NBC News.

Fortune licenses photographs from Getty, but an analysis of Trump family images used did not reveal any of the pictures in question.

Getty Images declined to provide NBC News with additional information about royalties, other photographs that might provide revenue to the Trump family, and other details, citing confidential agreements. The White House pointed to the financial disclosure as the last word.

Another photographer who has taken pictures of Melania Trump and licenses images to Getty, Keith Major, told the news organization he has no revenue-sharing agreement, and that such arrangements are rare.