A $4,600 Ticket to This Networking Experiment Excludes All Men and Includes Only Heavily Vetted Women 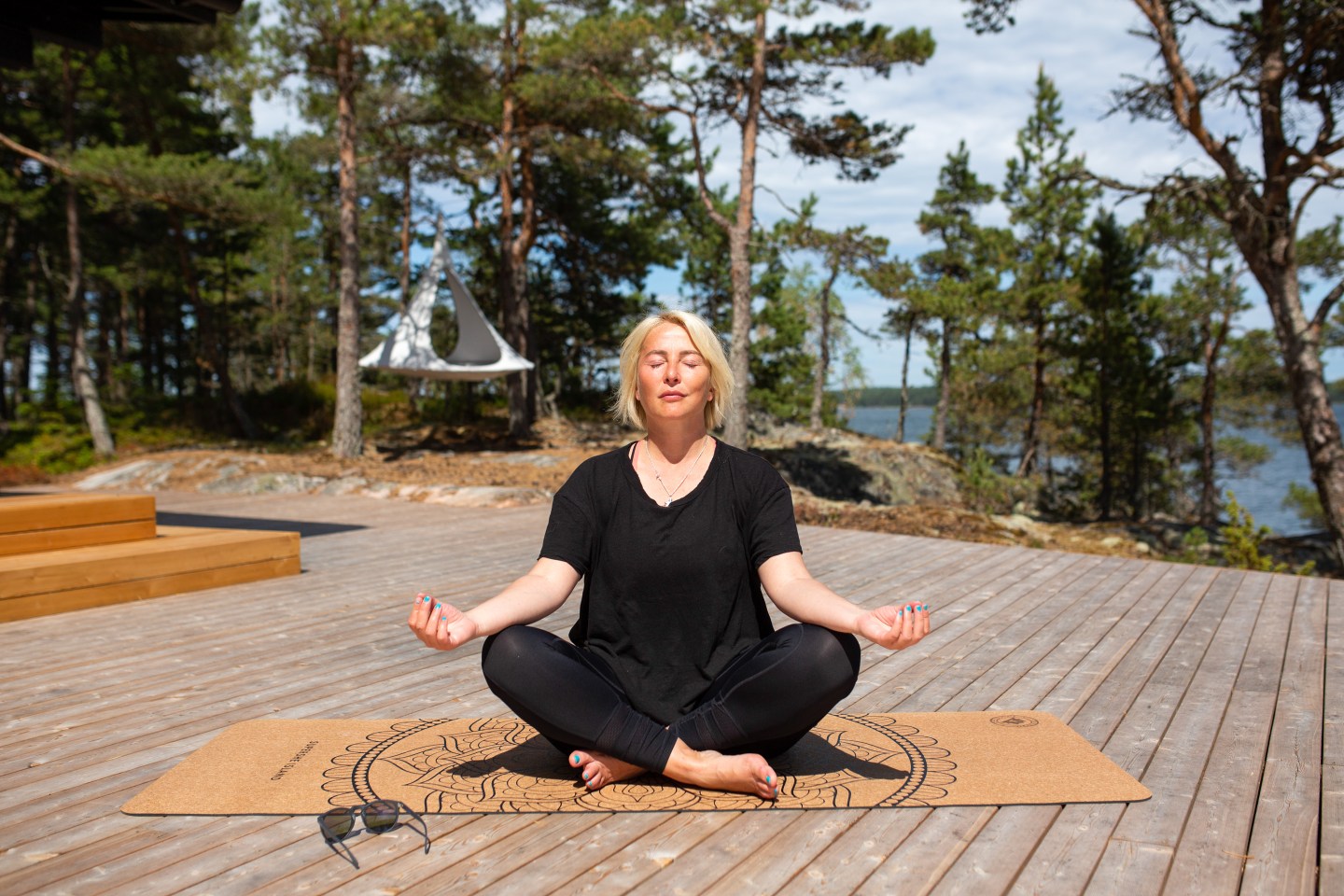 Kristina Roth, founder of the SuperShe network, poses for a photograph on SuperShe island near Raasepori, Finland, on Wednesday, June 27, 2018. The price of experimental networking on the island that has banned men, and only accepts heavily vetted women, is 4,000 euros, or $4,600. The package includes self-help tools that can lead participants down a different career path, as well as cognitive training to expel any negative thoughts. Photographer: Heli Blafield/Bloomberg via Getty Images
Bloomberg Bloomberg via Getty Images

The price of experimental networking on a Finnish island that has banned men, and only accepts heavily vetted women, is 4,000 euros, or $4,600.

The package includes self-help tools that can lead participants down a different career path, as well as cognitive training to expel any negative thoughts.

Roughly 7,000 women applied after the island project opened this year, and only about 140 were selected through video interviews with the project’s founder, Kristina Roth.

For the few who make it, they can expect to “live and breathe bringing women together,” Roth says. She dismisses critics who suggest the decision only to allow women smacks of gender discrimination against men.

“The spin of no men on the island is obviously what brings the big headlines, but what ‘no men’ leaves open is it leaves it open to interpretation if it’s a gathering of women who hate men and dance around the fire, or if it’s a gathering for women,” she said.

Phoukham Bounkeua, a 46-year-old psychotherapist from Renton, Washington, is among those selected. The first to book her trip to meet other SuperShes, Bounkeua says she was drawn to the idea of being included in a “sisterhood” of mutual support.

Other guests include a nurse from Florida, a New York lawyer, a photographer, the founder and CEO of a communications consultancy and the owner of a marketing studio.

“Each of these women will be an asset” after the week is over, Bounkeua said. “It’s been more meaningful than I ever thought possible.” She has two kids to feed and student loans and a mortgage to pay off, but decided the cost was worth it.

Roth says the price level “brings the people who really want to be here and who would really save for it.” The selection process ensures guests “really mash,” she said.

Guests dine on homemade coconut yogurt and salmon smoked over a fire pit on the beach. Instructors lead workouts, yoga classes and kayaking. The conversation touches on things like figuring out your cash flow and running a successful business. Roth is also working on a more affordable way to join events, through remote workshops via a private portal for 150 euros a year.

“It’s questionable whether this can be called networking or whether it’s more about being sociable and forging relationships while engaging in yoga, bathing in the sauna and immersing oneself in discussions,” she said by phone. SuperShe’s career-advancing benefits are more of a “side-product,” either obtained through contacts, or through just having more self esteem. Both are “equally valuable,” she said.

The Finnish island accommodates a maximum of eight guests in four cabins. Roth is now setting her sights on developing the next SuperShe resort, this time in the Turks and Caicos.