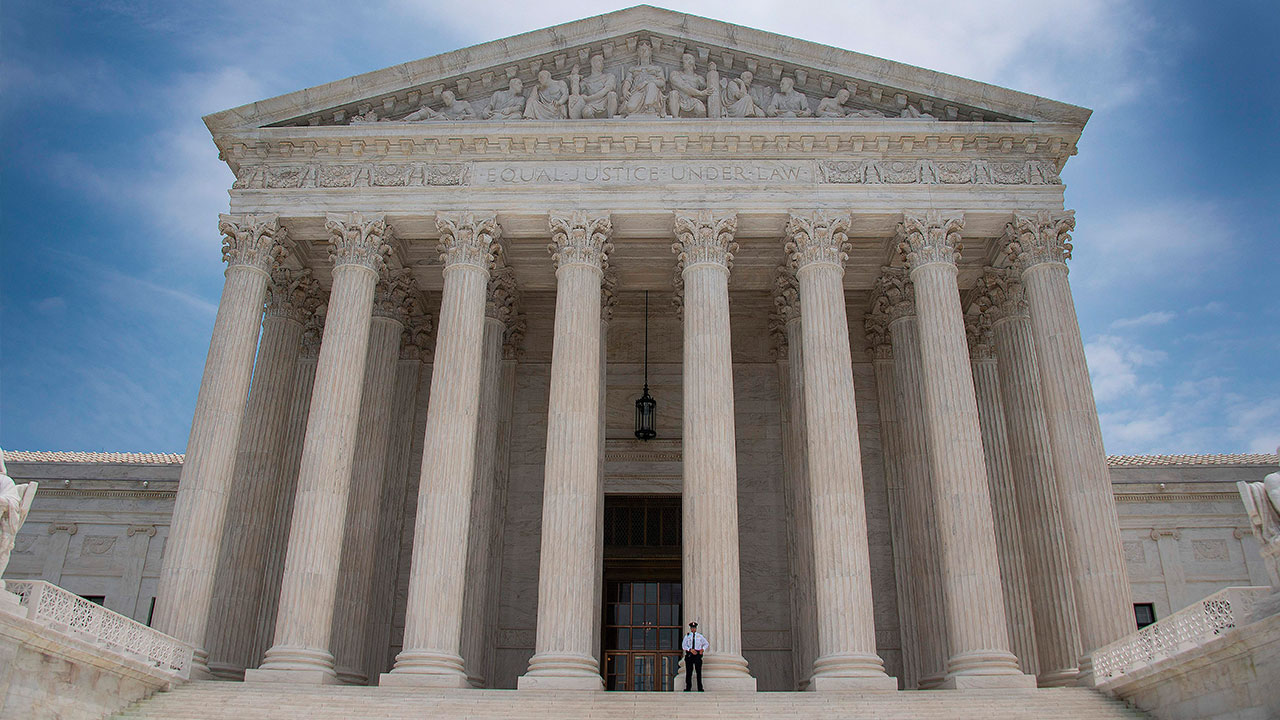 President Donald Trump told reporters aboard Air Force One that he will announce his candidate to fill Anthony Kennedy’s Supreme Court seat on July 9, according to the AP. The president said two women are among the candidates he’s considering among a pool of between five and seven potential nominees.

In answer to reporters’ questions, Trump denied a candidate’s stance on abortion rights and the landmark Roe v. Wade abortion case would be a litmus test. “That’s not a question I’ll be asking,” he replied, reports the AP. He said he thinks those issues are “inappropriate to discuss.”

Trump’s interviews may begin as early as this weekend in New Jersey. The president told reporters, “It’s a great group of intellectual talent.”

Kennedy’s announcement came after the close of the Supreme Court’s latest term and was no surprise to court watchers. It has emerged that the Trump administration heavily courted Kennedy to retire before the mid-term elections, giving Trump the potential to nominate a justice with a known majority in the Senate.

Trump’s statement that two women are included in his shortlist for the position may be intended to neutralize any plans by Democrats to stage an all-out war in the Senate. Some experts in Congressional procedure have suggested a plurality of Democrats could shut down the chamber by denying a quorum—being short enough members to gavel into session. Other slowdown strategies have been suggested as well.

But even with Sen. John McCain of Arizona absent and unlikely to return to vote, the GOP has 50 votes to the Democrats’ 49, and Vice President Pence holds a tie-breaking vote in case of other absences. Several Democratic senators have re-election campaigns this fall in states that Trump won and are considered in jeopardy. The Democrats have to win all those seats and turn others to achieve 51 votes that would allow them to bypass Pence’s tie-breaker.