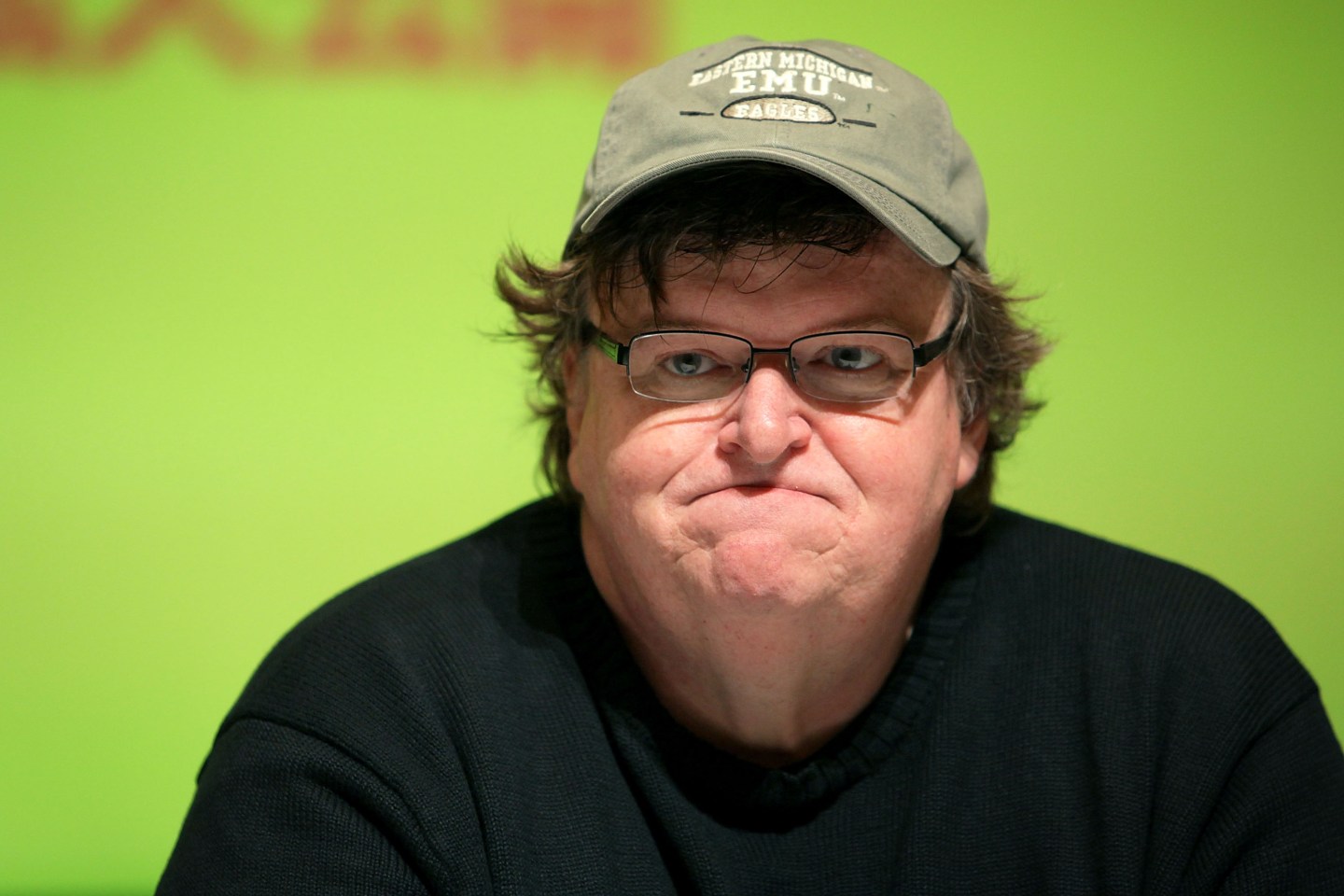 TOKYO - NOVEMBER 30: Director Michael Moore attends the 'Capitalism: A Love Story' press conference at Tosho Hall on November 30, 2009 in Tokyo, Japan. The film will open at a limited number of theaters in Tokyo and Osaka on December 5, and throughout the rest of Japan on January 9, 2010. (Photo by Kiyoshi Ota/Getty Images)
Kiyoshi Ota/ Getty Images

Michael Moore plans to take on President Donald Trump in the fall.

The outspoken filmmaker stopped by the The Late Show with Stephen Colbert on Thursday night, and revealed his anti-Trump documentary will be called Fahrenheit 11/9, in reference to Fahrenheit 9/11, his critically-acclaimed film about former President George W. Bush and the lead-up to the second war in Iraq. The title is also a nod to Nov. 9, the day after Trump was elected in 2016.

The Oscar-winning filmmaker said he’s still editing the movie, and it will arrive in theaters on Sept. 21.

He told Colbert the doc will explore “how the hell we got in this situation, and how we’re going to get out of it.”

The director then shared a brief clip, which showed him trying to enter Trump’s Mar-a-Lago resort in Palm Beach, Florida.

“We were just in the area shooting my next film, so I thought I’d check out the Southern White House,” Moore tells a security guard in the footage.

“The Secret Service sent me down here. I want to go up and talk to Donald Trump,” the director says before a siren blares in the background and the footage ends.

The director—who has previously traded jabs with Trump on social media—told Colbert he didn’t get far, and was only at Mar-a-Largo for 11-and-a-half minutes.

“Did they forcibly toss you out?” Colbert asked.

“No, they’re not able to do that with me,” Moore quipped, referring to his weight.

Last month after Roseanne Barr’s social media meltdown, Moore took to Twitter to call her comments “hateful,” and hinted in a post that he was working on a takedown of both Barr and Trump.

I know Roseanne. And I know Trump. And they are about to rue the day they knew me… pic.twitter.com/vW81Gq7s1i

“I know Roseanne. And I know Trump. And they are about to rue the day they knew me…” Moore tweeted.

The left-leaning director, who has been one of Barr’s targets on Twitter, also included a clip from a 1998 interview he did with the comedian and Trump.

In the video, Barr called Moore the “philosophical polar opposite of Donald Trump.”