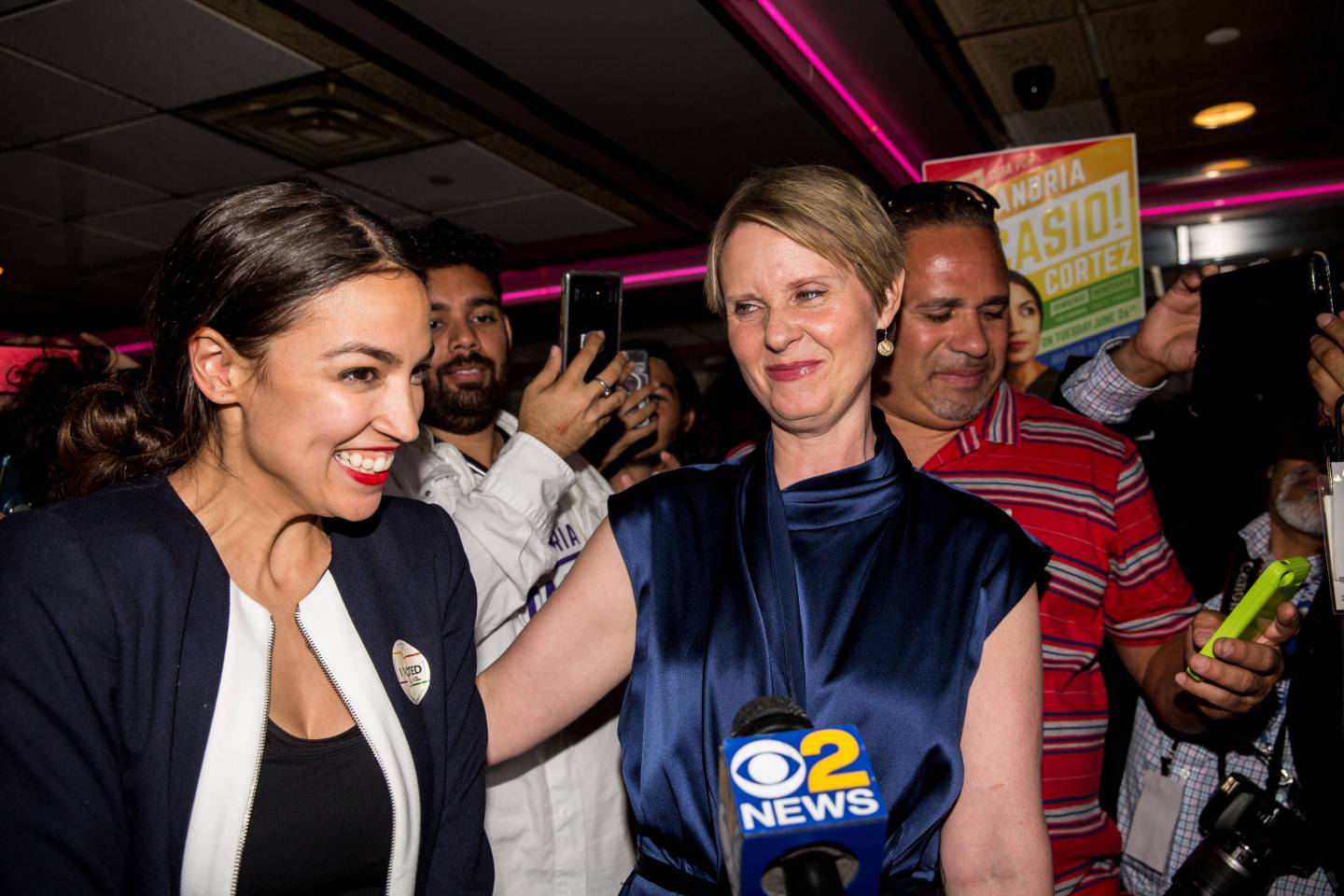 You’ll be forgiven if you’ve never heard of Alexandria Ocasio-Cortez. This time last year, she was working as a bartender in the Bronx. Now, she just unseated a 10-term incumbent congressman previously on track to lead the Democratic Party in the House of Representatives. Amazing how much can change in a year.

Ocasio-Cortez’s victory is sending shockwaves through the Democratic Party. Should she win the general election in November, an all-but-inevitable assumption given the heavy Democratic-leaning NY-14 district, she’ll become the youngest woman ever elected to Congress.

Alexandria Ocasio-Cortez represents something new in national politics in the United States—a Latina millennial entering power with a bold, progressive agenda. As she stated in a campaign ad that went viral, “Women like me aren’t supposed to run for office.” She campaigned on Medicare for All, a federal jobs guarantee, and on abolishing Immigration and Customs Enforcement (ICE). Each of these are to the left of where the mainstream Democratic party is at right now.

Voters in her district responded by giving her nearly 60% of their vote, despite the mainstream news ignoring her and her opponent outspending her 18 to 1.

The playbook on how to win elections has been pretty straightforward for several decades: Raise as much money as humanly possible from whoever will give it to you, preferably in as big a check as possible; then spend it on television ads with a moderate message that’s been focus group-tested to win moderate voters, and pander just enough to your base to get them to turn out for you. (It doesn’t hurt if you also happen to be old, white, and male—the dominant demographic of Congress.)

Bernie Sanders upended this logic (although not the old, white man part) with his improbable 2016 presidential campaign, famously raising an average of $27 from small-dollar donations, turning down corporate PAC donations, and running on an unabashedly progressive message. Ocasio-Cortez has proven this was not just a flash in the pan.

Also winning in this week’s primaries was Ben Jealous, running for governor of Maryland. He beat Rushern L. Baker III, who was backed by the state’s political establishment and favored to win. Jealous played a key role in the Bernie 2016 campaign by doing outreach to black communities who’d never heard of Sanders, drawing on his experience as a former head of the NAACP.

“Our goal is to not just win an election but to build a movement,” Jealous said at his victory party, “which will allow us to lead into law the new agenda that this state so desperately needs.”

Jealous faces a tough general election in November against incumbent Republican governor Larry Hogan. But his insurgent campaign style is unlikely to change. “Larry Hogan will lose in November,” Jealous announced, “because he is not ready to run against someone who knows how to build a true people-powered grassroots campaign.”

The victories for Ocasio-Cortez and Jealous came just a day after The New York Times published a piece titled, “Bernie Sanders Is Winning Converts. But Primary Victories Remain Elusive.” The Times piece rightfully points out that issues Sanders has championed have moved from the fringe to the mainstream since his presidential campaign.

But they were wrong, it turns out, on the primaries.

Also wrong were the Clinton supporters who made political hay out of characterizing Sanders supporters as “Bernie bros”—which is to say young, white men. A Harvard-Harris poll conducted in April 2017 showed Sanders was the most popular politician in the United States, with his highest ratings coming from people of color and women. So it’s no anomaly that Ocasio-Cortez, a Latina woman, and Ben Jealous, an African American man, are carrying the torch into high-profile general elections.

“The biggest hurdle that our communities have is cynicism—saying it’s a done deal, who cares, there’s no point to voting,” Ocasio-Cortez told volunteers in the lead-up to election day. In the face of skyrocketing economic inequality, massive tax cuts exclusively for the rich and powerful, and immigration policies that would leave any moral person appalled, it’s easy to understand where this cynicism comes from.

Nevertheless, progressive candidates ready to make change are winning elections and changing the dynamic of electoral politics. Small-dollar donations and serious on-the-ground and digital organizing are helping insurgents take back the reins of power from big money. And they’re proving voters are ready for an unapologetic leftist message.