Scott Pruitt Is Trying to Pull a Disappearing Act on Science. Here’s How It Would Impact Your Health 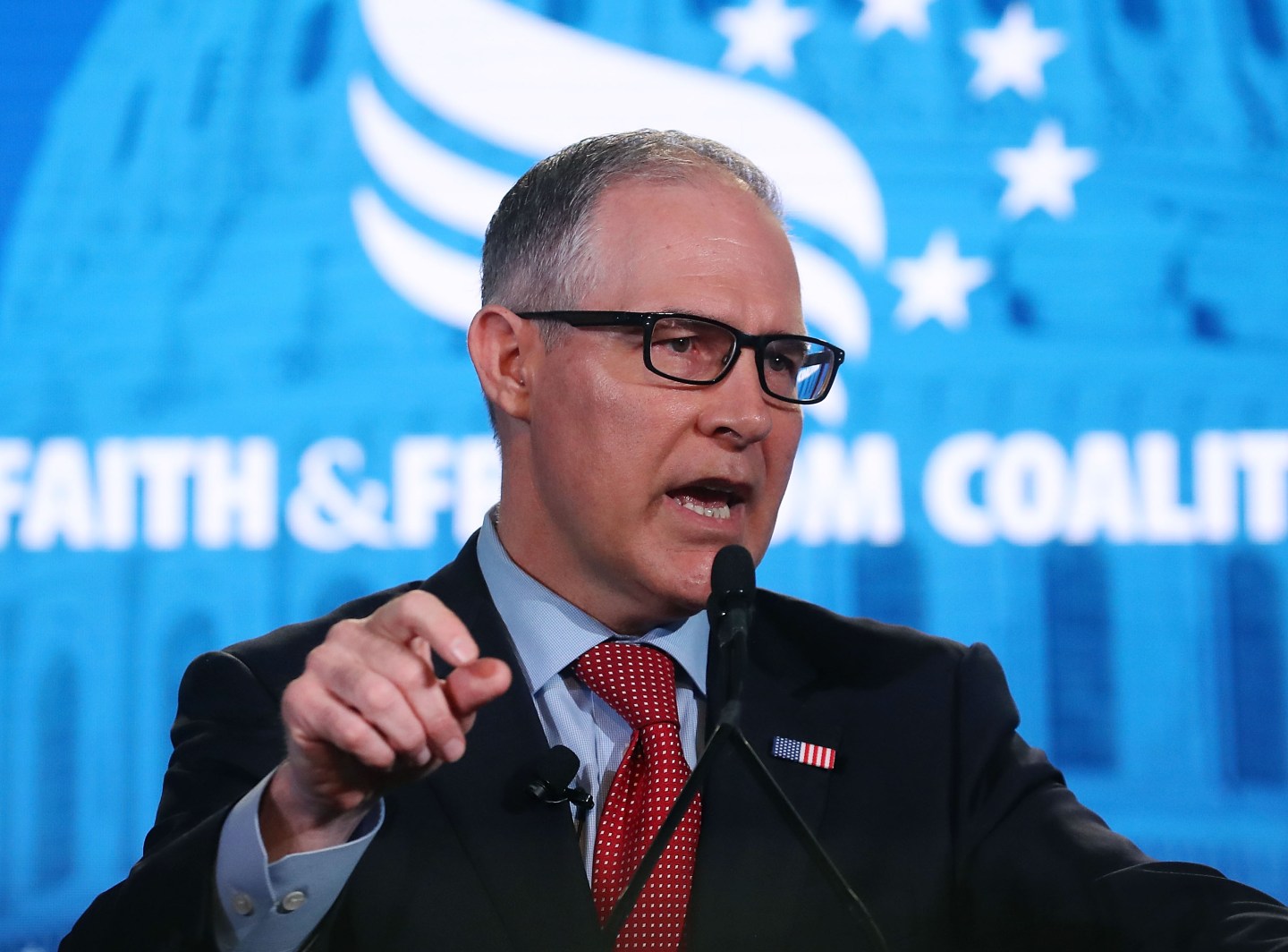 Scott Pruitt’s ethical lapses that have triggered some 13 federal inquiries should not distract us from the profound damage he is trying to do to the privacy behind scientific studies that help the EPA secure the health and well-being of Americans. If successful, this will tie the agency’s hands when it comes to responding to dangerous pollution that harms, and even kills, Americans.

Imagine you are a participant in a medical research study—perhaps because you have been exposed to a harmful pollutant and you are seeking answers. Today, you would participate in such a study in full confidence that your private, personal information would not be released to the public, consistent with established, international scientific norms. From the inception of the EPA, scientific studies—where personal information is kept private—have been used to mitigate the health effects of air pollution, lead poisoning, polluted drinking water, and toxic pesticides and chemicals.

Pruitt wants to change that. At the request of former tobacco lobbyists and their polluting industry friends, Pruitt is attempting to disqualify those sorts of studies in a blatant attempt to narrow the number of studies that can be used to craft regulations. The proposed change is shrouded in the deceptively noble name of Strengthening Transparency in Regulatory Science rule.

Sure, everyone likes the idea of transparency, but the ultimate purpose of this rule is the opposite. Many believe that the transparency proposal is in fact targeting a foundational scientific study, the “Six Cities” study, which stands in behind virtually all of the clean air regulations that control emissions from the burning of fossil fuels, including cars and power plants, among other sources.

The 1993 “Six Cities” study followed the health of 8,100 participants across the Midwest and the Northeast for almost two decades, and a later study by the American Cancer Society (ACS) followed 550,000 participants over eight years. These epidemiological studies exposed the health dangers of tiny particles of soot less than 2.5 microns in diameter. They concluded definitively that in cities with dirty air where people were exposed to high levels of fine particulates, mortality rates were higher than in cities with cleaner air.

All of these studies are bound by confidentiality agreements, which institutions such Harvard or ACS legally cannot break.

I am quite familiar with the tobacco industry lobbyists who are behind this transparency proposal and have dealt with them before. In 1993, in my role as the EPA’s director of the Office or Indoor Air and Radiation, we released the landmark Second Hand Smoke Study, which created panic among tobacco industry executives.

Cigarette companies were terrified that major regulation would follow and explored ways to discredit the research methods behind the Second Hand Smoke study. They failed, but the torch was later passed to the fossil fuel industry lobbyists who, in 2013, were behind Congress’ rare step of issuing subpoenas for the Six Cities study’s raw data about thousands of individual subjects. Their goal was to find evidence to disqualify the studies. They failed as well, and now the torch seems to have been passed to Pruitt.

I later served as the director of EPA’s Office of Transportation Air Quality for 18 years, and if this “transparency” policy was in place, programs that I oversaw, such as the Clean Cars and Fuels Program and the Heavy Duty Truck and Bus, and several other programs related to marine, locomotives, and construction equipment, would have likely never been implemented. That’s because they all relied on the Six Cities and the ACS studies, which would have been disqualified as basis for regulatory actions. Collectively, these regulations have helped prevent 40,000 premature deaths, hundreds of thousands of respiratory illness, and 100,000 childhood respiratory cases annually at a cost of $15 billion and net public health benefit of $290 billion.

Not surprisingly, the transparency proposal has drawn over 150,000 comments from scientists, industry, and the public in five weeks. It is yet another one of Pruitt’s initiatives to weaken the EPA’s efforts to protect the public and roll back standards that protect the environment. A recent study by two Harvard scientists estimated that if Pruitt can successfully roll back standards for air quality, water quality, and chemicals, it will result in 80,000 more Americans dying prematurely, in the future. Gutting regulations and changing the evidence of science used to develop regulations will have lasting impacts for protecting public health and environment.

Margo Oge served the United States Environmental Protection Agency for over 32 years and most recently, was the director of the EPA’s Office of Transportation and Air Quality (OTAQ) from 1994 to 2012. Currently, she is a Distinguished Fellow at ClimateWorks and the author of the book, Driving the Future: Combating Climate Change with Cleaner, Smarter Cars.