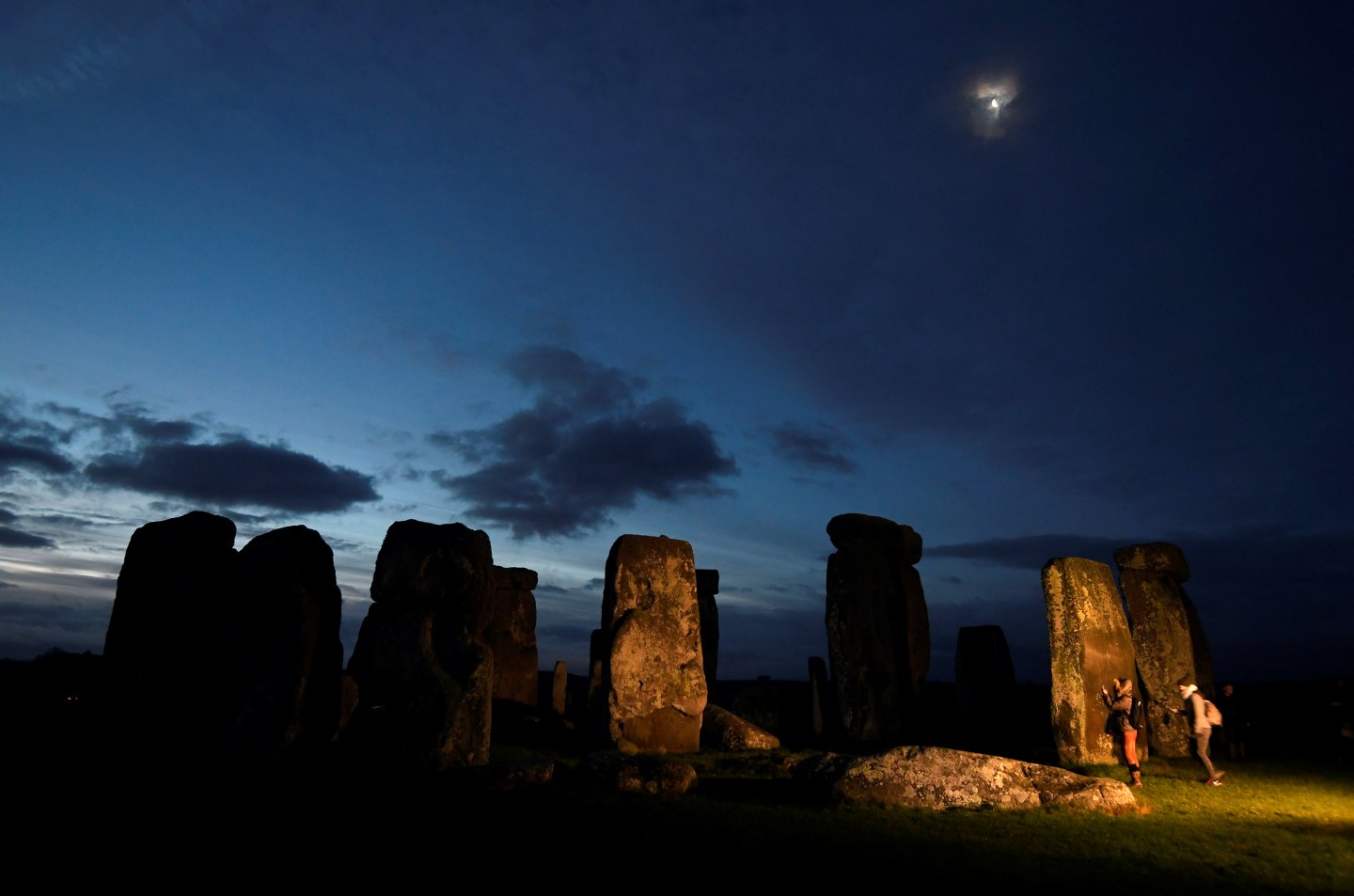 Visitors take photos amongst the prehistoric stones of the Stonehenge monument at dawn on Winter Solstice, the shortest day of the year, near Amesbury in south west Britain, December 21, 2016. REUTERS/Toby Melville - RC19BEF83640
Toby Melville—Reuters

Thousands of people gathered around Stonehenge on Thursday’s summer solstice to marvel at its enduring mysteries, as they do every year. But they may not appreciate an insight experts recently unearthed about the more than 4,000-year-old structure: the Neolithic builders used geometric concepts thought to be discovered many centuries later by a Greek philosopher.

A new book, titled Megalith, examined the geometry of Stonehenge and concluded that the builders had a sophisticated enough grasp of astronomy and geometry to use Pythagoras’ theorem 2000 years before the Greek philosopher was even born. The book was published to coincide with this year’s summer solstice.

“People often think of our ancestors as rough cavemen but they were also sophisticated astronomers,” John Matineau, a contributor and editor to Megalith, told the Telegraph. “They were applying Pythagorean geometry over 2000 years before Pythagoras was born.”

“We see triangles and double squares used which are simple versions of Pythagorean geometry” used in the layout of Stonehenge, Martineau said.

The book also posits that a giant Pythagorean triangle can be drawn between Stonehenge and two other important prehistoric sites on Great Britain.

Archaeologists believe that Stonehenge was built in stages between 2000 BC and 3000 BC. Many aspects of the British landmark remain a mystery or a matter of debate, such as how the monument was built and what it was used for.

Pythagoras lived between 570 BC and 495 BC. His theorem, a part of Euclidean geometry taught in many high school math classes, states that the hypotenuse of a right triangle (the side opposite the right angle) equals the sum of the squares of the other two sides.