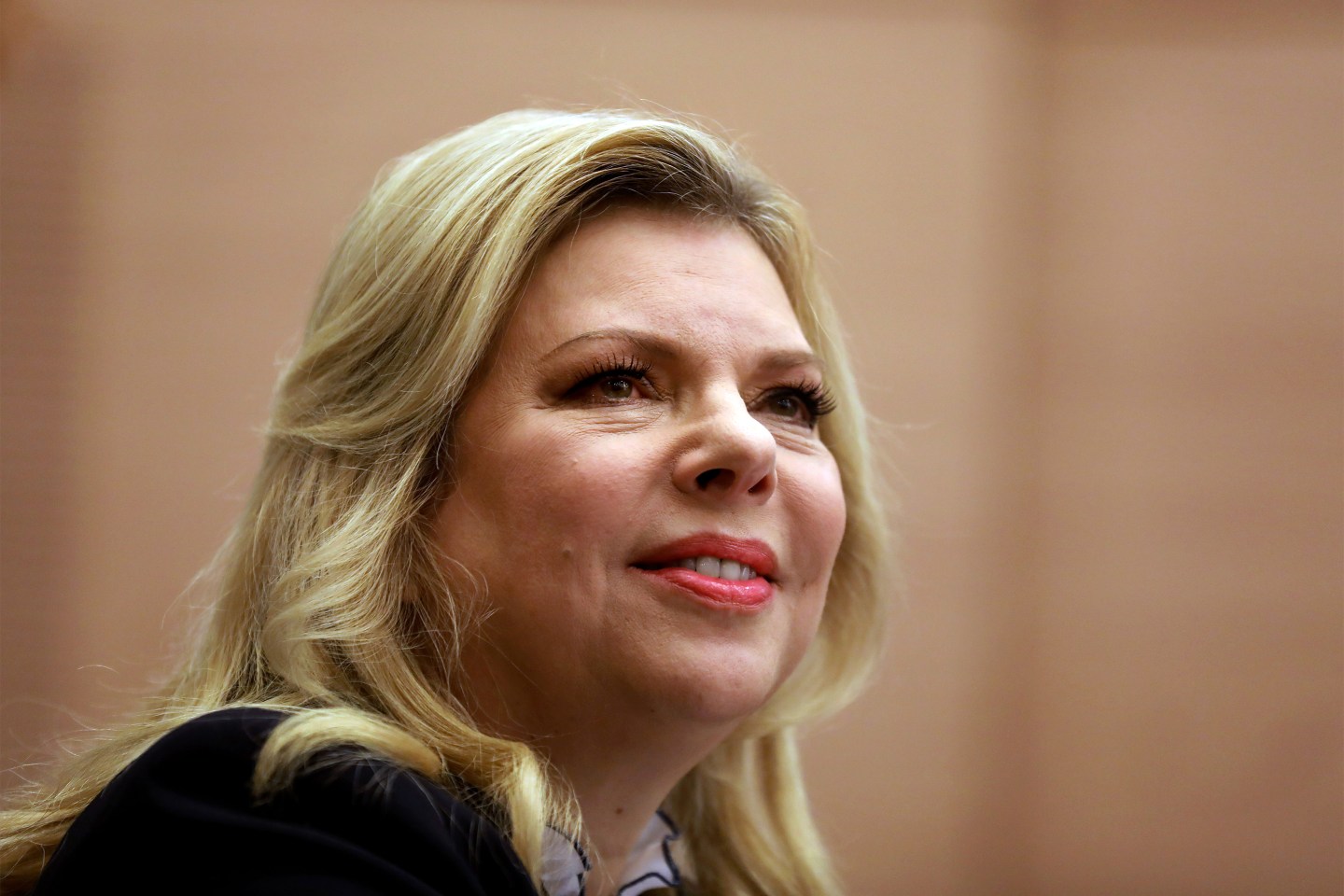 Sara Netanyahu, wife of Israeli Prime Minister Benjamin Netanyahu, was charged with fraud and breach of trust Thursday for allegedly using government funds to order nearly $100,000 worth of gourmet meals to the couple’s official residence between 2010 and 2013. This move violates rules that state the prime minister’s residence cannot expense catered meals while also employing a chef. The former deputy director of the prime minister’s office, Ezra Saidoff, has also been charged. Netanyahu denies all wrongdoing.

Israeli Attorney General Avichai Mandelblit first brought the case against Sara Netanyahu to court in September. Thursday’s indictment comes after Netanyah refused to settle, admit fault, or pay back the government money used. The prime minister has shared an attorney statement on his Facebook page, calling his wife’s indictment “absurd and delusional.”

According to this statement, “the wife of the prime minister, who is not a public servant, did not even know the procedures,” nor was she the one who ordered the gourmet meals. More so, the meals were not for the family’s personal enjoyment, but for household workers and guests, including international diplomats.

The prime minister states that the rule denying government funds for meals was written just days before he took office, and was never officially passed into law by the finance committee.

“Not only is the indictment based on false claims and erroneous and distorted data,” said the statement, “it is based entirely on an improper and illegal procedure that was applied especially for Prime Minister Netanyahu and for him alone.”

This “meals-ordering affair” only worsens the prime minister’s political standing, which is already being threatened by his involvement in three different investigations. In February, police recommended indicting Benjamin Netanyahu in two corruption cases on suspicion of accepting bribes, fraud, and breach of trust. The third investigation surrounds a multi billion-dollar submarine deal with Germany.