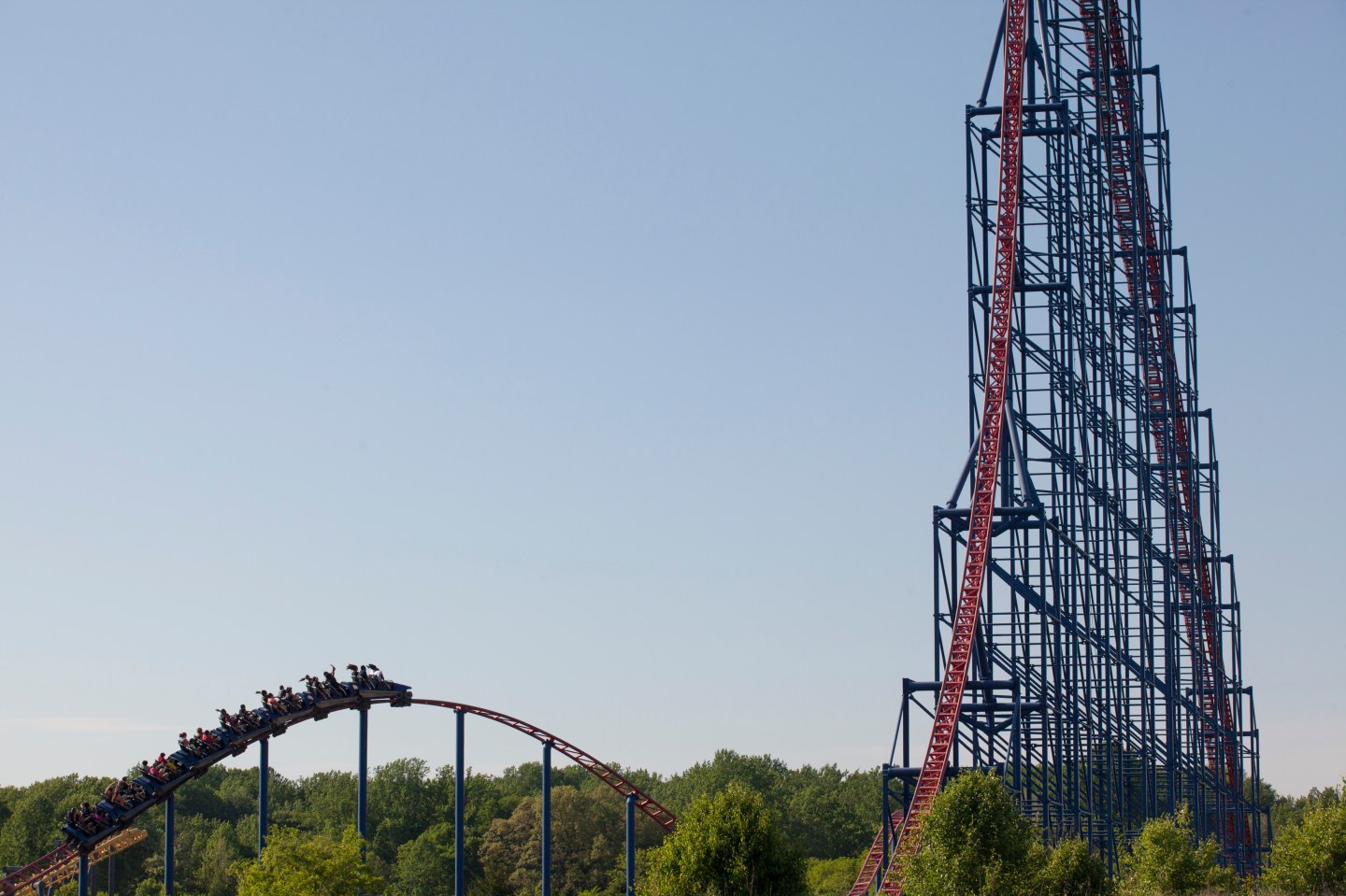 Several people were rescued on Monday at a Six Flags America in Maryland after a 205-foot-tall roller coaster unexpectedly stopped and got stuck near its apex.

After an undisclosed amount of time and facing a 90-degree heat wave, Six Flags staff members were able to escort the riders safely off the “Superman: Ride of Steel” roller coaster, local fire officials told Fox29.

Although the fire department received several phone calls from Six Flags park visitors that day, according to the network, the staff had already helped the riders off the ride by the time they arrived on the scene.

No injuries were reported, first-responders at the scene confirmed.

“Sensors on one of our roller coasters activated, causing it to stop at a safe location,” a Six Flags spokesperson told NBC News 4. “All guests safely exited the ride.”

The “Superman: Ride of Steel” roller coaster first opened in 2000 and boasts a height of 205 feet. Its passengers travel at a maximum speed of 73 miles per hour on the ride across 5,400 feet of spiraling tracks, according to the Six Flags website.

The roller coaster was up and running again by Tuesday.

This is not the first time Six Flags has suffered mechanical issues on its roller coasters. Last year, 24 people were stranded midair for three hours while riding the Joker’s Jinx ride at Six Flags America in Maryland after the roller coaster stalled at around 100 feet in the air, according to WFMY.

Last week, a 14-year-old boy was taken to a local hospital after nearly drowning inside the amusement park.