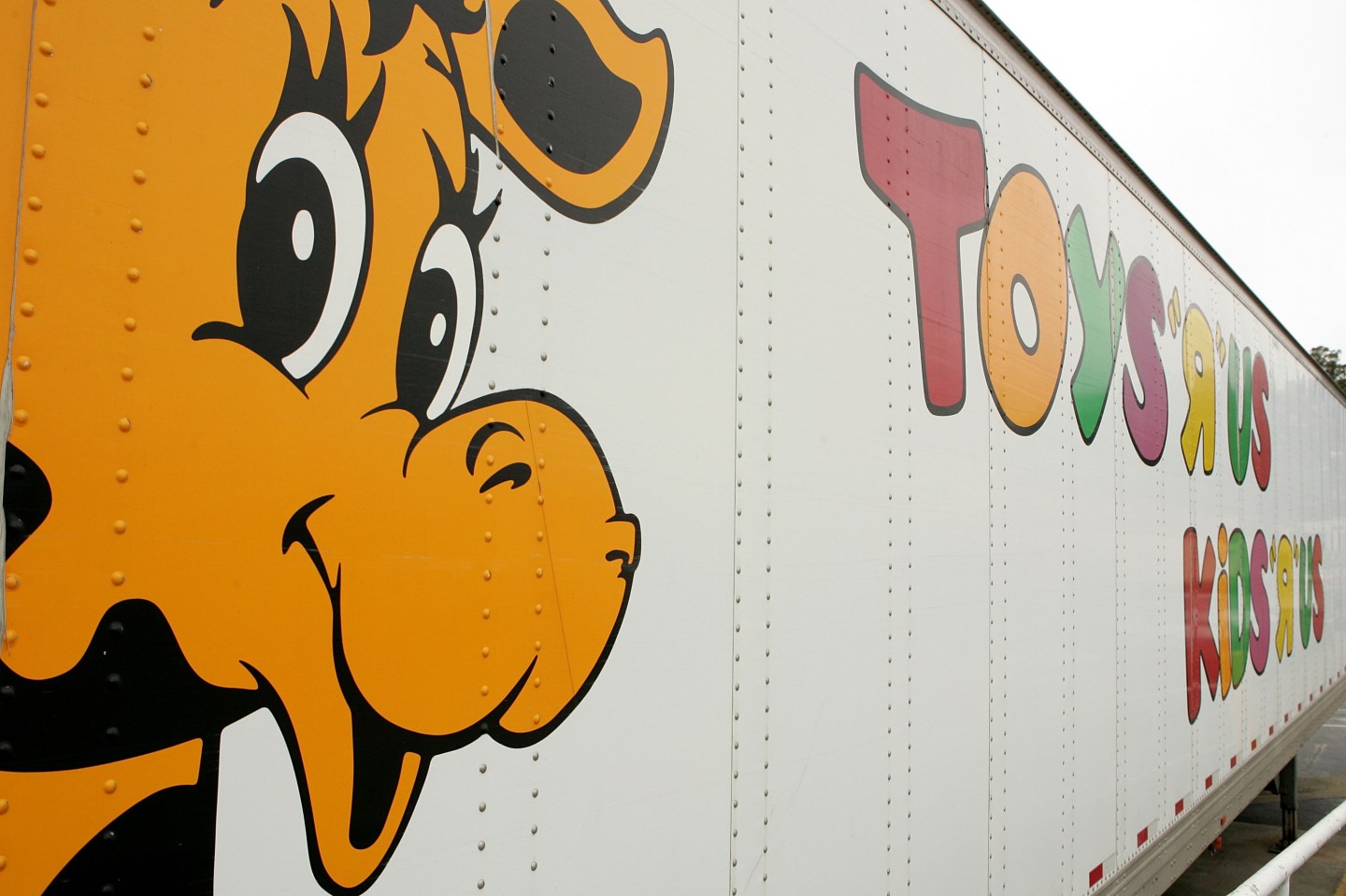 COLMA, CA - MARCH 17: Geoffrey the Giraffe is seen on the side of a Toys "R" Us truck March 17, 2005 in Colma, California. Toys R Us Inc., the second largest U.S. toy retailer, agreed to be acquired by two private equity firms and a real estate group in a deal valued at $6.6 billion after sales have sagged on competition from retailers like Wal-Mart . (Photo by Justin Sullivan/Getty Images)
Justin Sullivan—Getty Images

Geoffrey the Giraffe has gone from the morgue to the hospital.

Toys “R” Us, the toy retailer that’s liquidating in bankruptcy, found a New Jersey children’s hospital that was willing to take the 16-foot tall statue of the African mammal that stood in the lobby of its headquarters.

The chain has held going-out-of business sales at its stores and plans to auction off its name but struggled to find a buyer for the 550-pound fiberglass statue, mainly because of the expense associated with removing and transporting it. Joseph Malfitano, whose Malfitano Partners advised on the liquidation of the chain’s assets, wanted to preserve the mascot and last month began to look for a children’s hospital willing to take it in, he said.

“I thought having this thing in a hospital would cheer kids up,” he said. The giraffe is smiling, and is raising his forelegs triumphantly as if he has just completed a gymnastic flip. Malfitano’s own son has type 1 diabetes and gets treated at a hospital near Denver, which wanted the statue but couldn’t accommodate its large size, he said.

The clock was ticking. There was a June 30 deadline to finish sales at Toys “R” Us headquarters in Wayne, New Jersey, and several other hospitals that were interested in the statue passed because of its size. Then Malfitano posted a note on his LinkedIn page that said Geoffrey needed a home. A former colleague, Andrea Saavedra, saw the posting, made some calls and eventually connected Malfitano to a hospital that agreed to take the statue: the Bristol-Myers Squibb Children’s Hospital in New Brunswick, New Jersey.

“As a resident of New Jersey, I felt pretty strongly that this iconic piece of retail history stay in New Jersey,” said Saavedra.

Malfitano agreed to donate the approximately $10,000 it would cost for the statue to be removed, packed and shipped around 50 miles to New Brunswick, plus to pay Toys “R” Us a sum he’d rather not disclose for the mascot. Ken Rosen, chair of the bankruptcy department at law firm Lowenstein Sandler, heard about the plan from Saavedra and agreed with his wife to donate the cost of Geoffrey’s installation at the hospital, which he expects to be about $6,000. His firm represented some vendors that were creditors to Toys “R” Us.

“I just thought it would be really cool for a sick kid to see,” said Rosen, who is also a board member at RWJBarnabas Health, the health-care network that includes the hospital. “It’s probably incredibly therapeutic if you’re a sick child looking for a little mental health boost.”

Toys “R” Us struggled for years after a 2005 private equity buyout left it with a $5 billion debt load, and its bankruptcy has left former workers fighting for scraps. A group of employees circulated a petition that calls for the fees and interest the private-equity owners made on the company to go toward severance payments for the laid-off workers.

Buying Geoffrey ended up being a little more expensive than Malfitano had expected after more interest for the statue emerged at the last minute.

“There was another offer for it, so we had to pay more than the other guy,” he said.