President Trump Threatens to Stop All Trade With Countries That Don’t Drop Tariffs on U.S. Goods 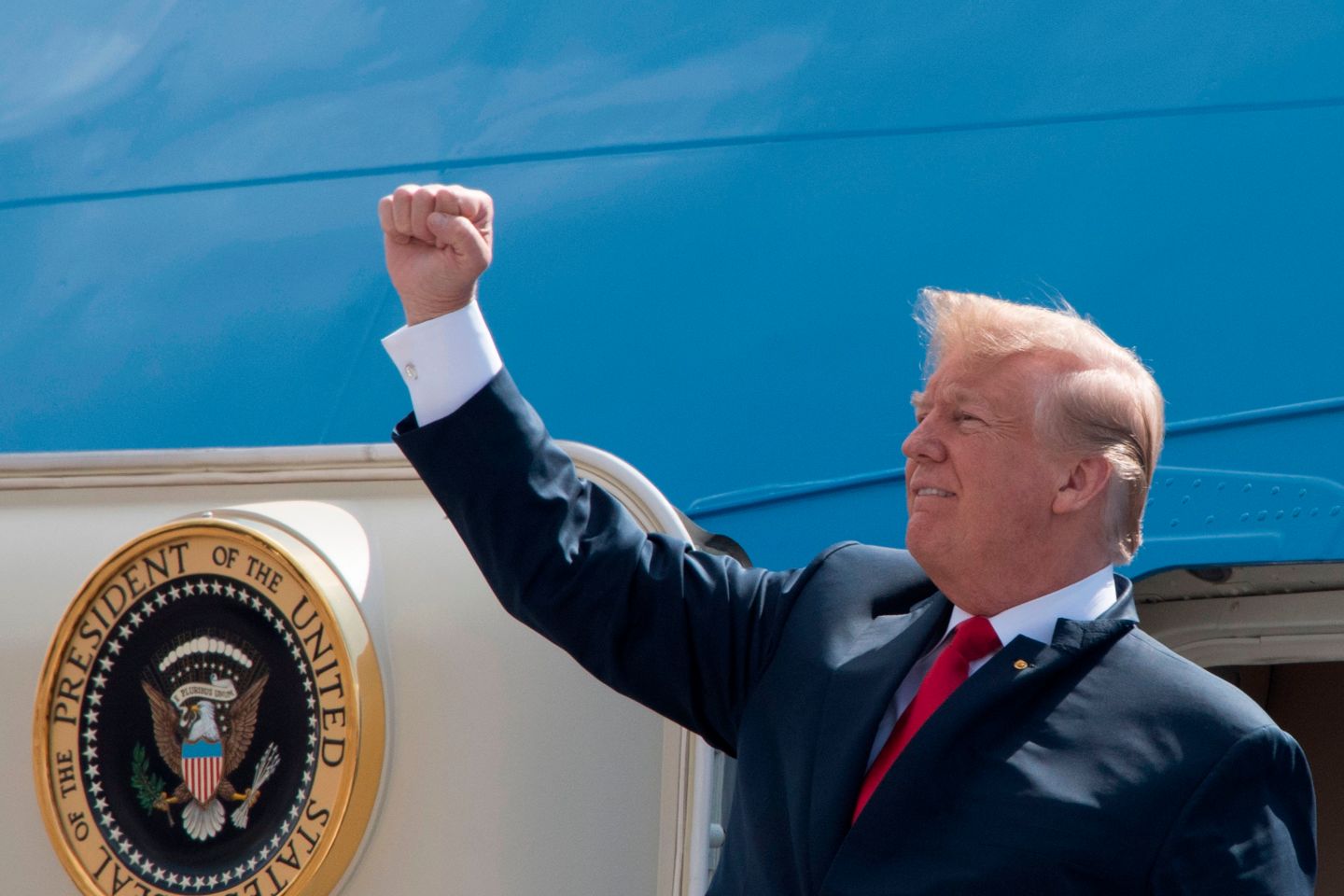 US President Donald Trump pumps his fist to the crowd as he arrives at Ellington Field Joint Reserve Base in Houston, Texas on May 31, 2018. (Photo by JIM WATSON / AFP) (Photo credit should read JIM WATSON/AFP/Getty Images)
Jim Watson—AFP/Getty Images

President Donald Trump delivered a threat to foreign leaders during a press conference Saturday at the 2018 G7 summit in Quebec, Canada: If they don’t dramatically reduce tariffs and trade barriers, “we’ll stop trading with them.” Halting all trade with countries that don’t drop tariffs is a “very profitable answer,” Trump said.

Trump also repeated an earlier proposal that U.S. trading partners should drop all trade barriers, including tariffs and subsidies to industries and producers in their own countries.

“We’re the piggy bank that everybody is robbing. And that ends,” Trump said.

The comments come in the midst of Trump’s ongoing trade war with allied nations. In the weeks leading up to the summit, he imposed tariffs on steel and aluminum from Canada, Mexico, and the European Union. Trump has also maintained his stance that tariffs are a national security issue, because unfair trade deals “affect our military,” he said.

Over the course of the summit, the President pushed the narrative that the U.S. is a victim of a trade imbalance, though European leaders rejected these claims. Trump, in a Twitter tirade on Thursday, pointed fingers at Canadian Prime Minister Justin Trudeau and French president Emmanuel Macron, stating that “they are charging the U.S. massive tariffs and create non-monetary barriers.” In his tweetstorm — and again on Saturday — the President said that such actions were hurting U.S. farmers and “killing our agriculture.”

Please tell Prime Minister Trudeau and President Macron that they are charging the U.S. massive tariffs and create non-monetary barriers. The EU trade surplus with the U.S. is $151 Billion, and Canada keeps our farmers and others out. Look forward to seeing them tomorrow.

According to Trump, who blamed the U.S. leaders who preceded him for the current trade deficits, the answer is a change in the entire international trading system. “You got to go tariff free,” he argued.

“We have a tremendous trade imbalance,” Trump said during Saturday’s press conference. “With one country we have $375 billion in trade deficits.” He later added, “It’s going to stop.”