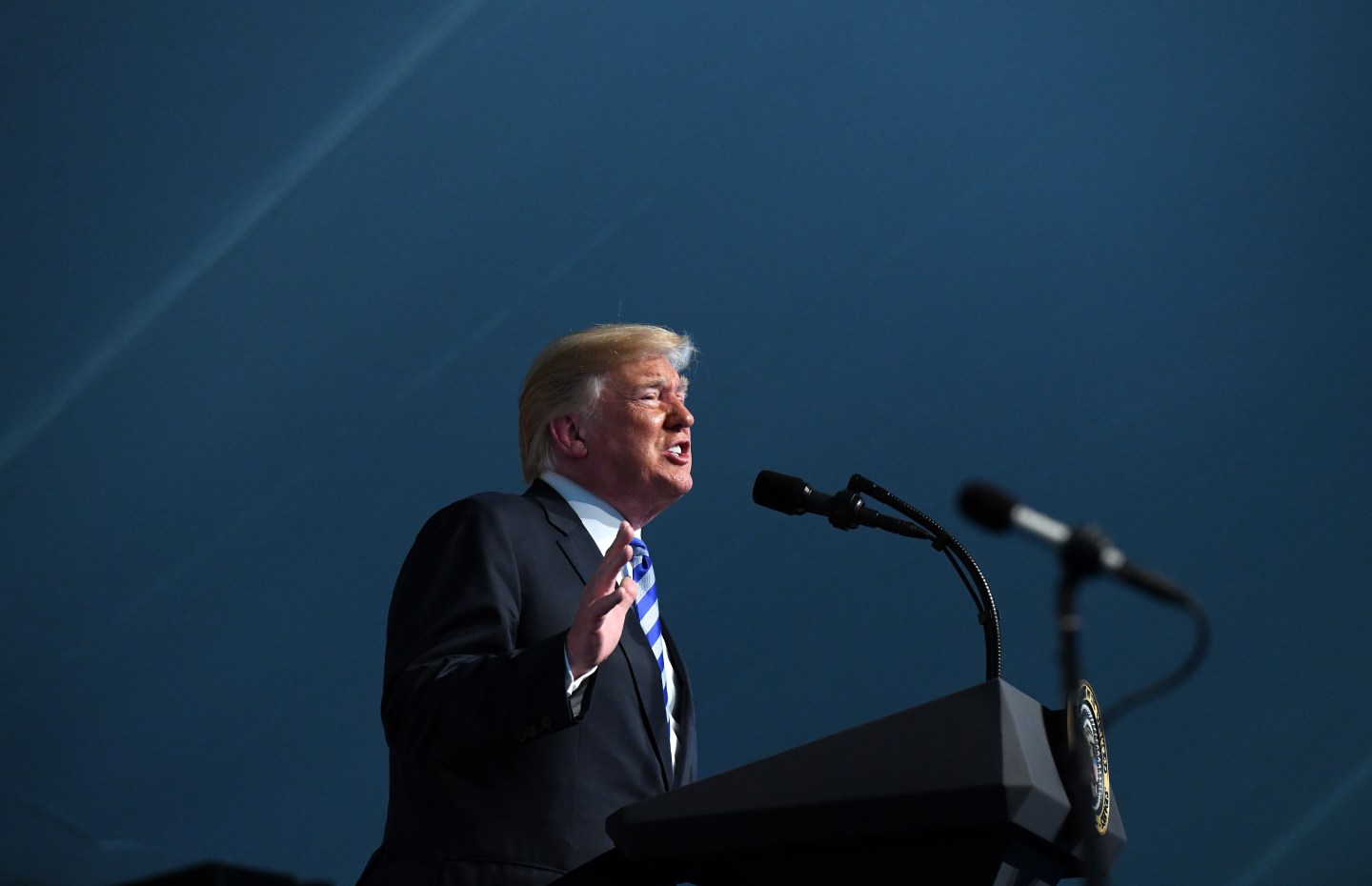 America has a war problem. Government officials assure us we’ve brought Al Qaeda to its knees and prevented ISIS from establishing a caliphate. Yet with every passing year since 9/11, we’re at war with more groups, and in more countries, than before. And there’s no end in sight.

No one seriously thinks Congress had this in mind back in 2001, when it authorized the use of military force against those who planned, aided, and executed the 9/11 attacks. But after allowing three successive presidents to stretch this authorization beyond recognition—pressing it into service around the world against multiple groups supposedly “associated” with Al Qaeda and the Taliban—Congress seems ready to declare its own wishes. The question is: Will Congress choose to formally sign over its war-making powers to the president, or will it reassert them?

Two current proposals—one offered by Sen. Bob Corker (R-Tenn.) and Sen. Tim Kaine (D-Va.), the other by Sen. Jeff Merkley (D-Ore.)—embody these dueling approaches. Both bills would repeal and replace the 2001 Authorization for Use of Military Force (AUMF) and the 2002 AUMF authorizing the Iraq War. But the similarity ends there.

The Corker-Kaine bill would let the president choose which groups to fight, where to fight them, and what to tell the American people. It would authorize military action against Al Qaeda, the Taliban, ISIS, and “associated forces.” It identifies five such forces, but would permit the president to select others. It also would allow the president to expand the war beyond the six countries specified in the bill. The president need only notify Congress—but not obtain its approval—within 48 hours of designating a new group or a new country. And he could keep the expansion secret from the public.

This is not an authorization; it’s an abdication. The Framers knew that presidents would be too inclined to start wars, because—as James Madison wrote—“war is in fact the true nurse of executive aggrandizement.” The Constitution thus gives Congress, not the president, the responsibility to decide when to go to war. The Corker-Kaine bill flips this provision on its head, allowing the president to decide whether to wage war against groups and in countries not named in the AUMF.

In theory, Congress could pass a law to override the president’s decision. But instead of needing a majority vote to go to war, as the Framers intended, Congress would have to muster veto-proof supermajority to stay out of it under the Corker-Kaine bill. With the American people potentially unaware of the groups and countries in question, Congress would have little incentive even to make the effort.

The bill’s supporters say it’s an improvement on the status quo because it includes a definition of “associated forces.” Currently, they argue, there’s no statutory definition, and the executive branch has played fast and loose with the concept. And so it has. It’s all the more baffling, then, that the bill’s definition closely tracks the one the executive branch has articulated—the same one it used to shoehorn ISIS into the 9/11 AUMF, even though ISIS didn’t exist on 9/11. Codifying the executive branch’s own definition simply ensures that this sort of mischief will continue, and that the war will keep expanding to groups Congress never envisioned.

There would be no foreseeable end to this sprawling conflict. The bill’s sponsors tout the “quadrennial review” provision of the AUMF, but that provision does not require any legislative action whatsoever. Every four years, members would have the opportunity to introduce a joint resolution to end or modify the authorization, and to force a vote on it. But once again, passing the resolution would take a veto-proof supermajority. Moreover, members could also choose to do nothing at all, in which case the authorization would stay in place.

Sen. Merkley’s bill takes a wholly different approach—one that puts the reins firmly back in Congress’s hands. It would authorize the use of force only against Al Qaeda, the Taliban, and the Islamic State, and only in Iraq and Afghanistan. If the president wanted to use military force against additional forces or in other countries, he would have to request authorization from Congress. Requests to add associated forces—defined much more narrowly than in the Corker-Kaine bill—would receive expedited consideration and a guaranteed floor vote. The addition of new groups or countries would thus take place pursuant to a public law, not secret executive fiat.

There’s nothing radical about an AUMF that specifies where and against whom force can be used. But for some hawks in Congress, anything short of a blank check constitutes legislative meddling. These lawmakers object that the president, as commander-in-chief, must be free to decide what tactics to employ. They admonish that Congress should not be “micromanaging” the conduct of hostilities.

This argument is wildly off the mark. The identity of the enemy is no mere tactical detail. Nor is the choice to begin military operations in another nation just a tweak to the battle plan. The questions of who and where—unlike the question of how—are fundamental elements of the decision to wage war in the first place.

That doesn’t mean the United States must stand by, helpless to defend itself, while Congress considers a request to use force against a new group or in a new country. Most constitutional experts agree that the president may use military force to protect against actual or imminent attack, even absent a congressional authorization. In addition, the 1974 War Powers Resolution effectively gives the president 60 days to use military force before Congress’s approval is needed. The Merkley bill would do nothing to upset these authorities.

It would, however, guard against a war that is unlimited in scope, geography—and time. The Merkley bill includes a three-year sunset. Unlike the Corker-Kaine bill, this actually would require Congress to review the authorization on a periodic basis, preventing war from becoming this country’s unthinking default.

At a Senate Foreign Relations Committee hearing on the Corker-Kaine bill last month, even supporters of the bill seemed to agree that a sunset would be desirable. They nonetheless argued that Congress shouldn’t enact one because the president wouldn’t stand for it. If that’s what Congress reasserting its authority looks like, it does not inspire much confidence.

Seventeen years after 9/11, as veterans who fought in Afghanistan watch their grown children deploy to fight the same war, Congress is at a crossroads. It can officially transfer its war-making powers to the president. Or it can reclaim its constitutional prerogative and place meaningful limits on the scope of the conflict. The path Congress chooses may well determine whether the children of today’s soldiers will be sent to fight the same war as their grandparents.

Elizabeth Goitein is co-director of the Liberty & National Security Program at the Brennan Center for Justice at NYU School of Law.