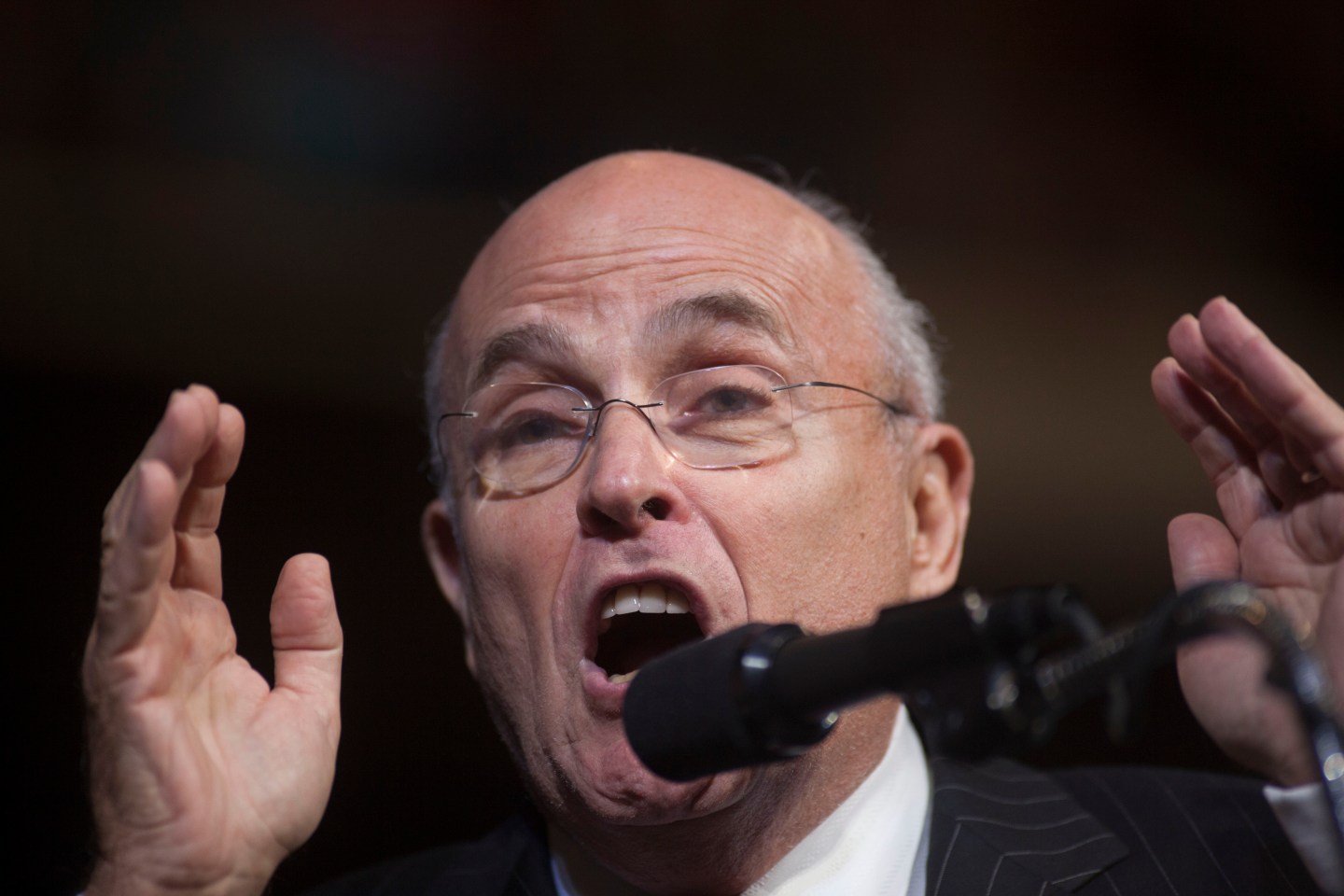 Donald Trump’s lawyer again questioned the legitimacy of Special Counsel Robert Mueller’s ongoing probe into Russian meddling in the 2016 U.S. election, even as a possible interview between Mueller and the president looms.

“We’re more convinced as we see it that this is a rigged investigation,” Rudy Giuliani said Sunday on CNN’s “State of the Nation.” Asked if he sees the probe as legitimate, Giuliani, who joined Trump’s legal team in mid-April, replied: “Not any more. I don’t. I did when it came in.”

The former New York mayor is seeking a readout of the classified information Justice Department officials shared with lawmakers on Thursday about the origins of the FBI investigation into Russian meddling. Trump has made an unsubstantiated claim that an informant who contacted advisers to his 2016 campaign was a political “spy.”

Giuliani has taken those claims further, arguing in an interview with the Associated Press on Friday that what’s Trump dubbed “SPYGATE” might make Mueller’s investigation illegitimate. He also said former FBI Director James Comey was guilty of an illegal leak when he directed a friend to share the contents of memos about his interactions with Trump to the media in May 2017, which led to bipartisan calls for a special counsel in the Russia probe.

“The whole thing was a mistake and should never have happened,” Giuliani told the Associated Press, adding that the Justice Department should acknowledge the error.

Giuliani said Sunday that he doesn’t believe the alleged informant was being protected, calling the FBI and Justice “a little hypocritical.”

Whether Trump will agree to be interviewed as part of the probe remains uncertain. Giuliani said the president’s legal team would wait until seeing a report on the substance of information with lawmakers, shared in two separate meetings. Previously he said a decision wouldn’t be made until after the summit with North Korean leader Kim Jong Un, scheduled for June 12 in Singapore. Trump canceled that meeting on Thursday, but it may still take place.

The briefings of lawmakers came in response to Trump’s demand to fully investigate the use of the confidential informant, which he called in a tweet “one of the biggest political scandals in history.”

On Sunday, Giuliani said Mueller could limit the interview to two topics: collusion and obstruction.

“It’s contingent on every point being worked out — it’s kind of like the North Korea negotiations but not as important,” Giuliani said. He added that he’s not as comfortable with the topic of obstruction because “it’s matter of interpretation,” including Trump’s comments on firing Comey last year as head of the FBI.

House Intelligence Chairman Devin Nunes subpoenaed the Justice Department and the FBI for classified information about the informant. Top congressional Democrats have argued that Republicans want to use the information to undermine the Russia investigation.

After the meeting, Ryan said that Republicans are now “getting the cooperation necessary” to resolve their demands for classified information.

A second meeting, on Capitol Hill, was held with members of the “Gang of Eight,” which includes the top leadership in the House and Senate plus the top Republicans and Democrats on the intelligence committees. Ryan didn’t attend that meeting.

“Nothing we heard today has changed our view that there is no evidence to support any allegation that the FBI or any intelligence agency placed a ‘spy’ in the Trump Campaign,” the Democrats at the second meeting said in a joint statement. That group includes Schiff, Senate Minority Leader Charles Schumer, House Minority Leader Nancy Pelosi and Senator Mark Warner, vice chair of the Senate Intelligence Committee.

Senate Majority Leader Mitch McConnell told NPR after the meeting that he still supports the Mueller investigation and another one by the Justice Department’s inspector general into FBI actions during the election.

“The two investigations going on that I think will give us the answers to the questions that you raise,” McConnell said.