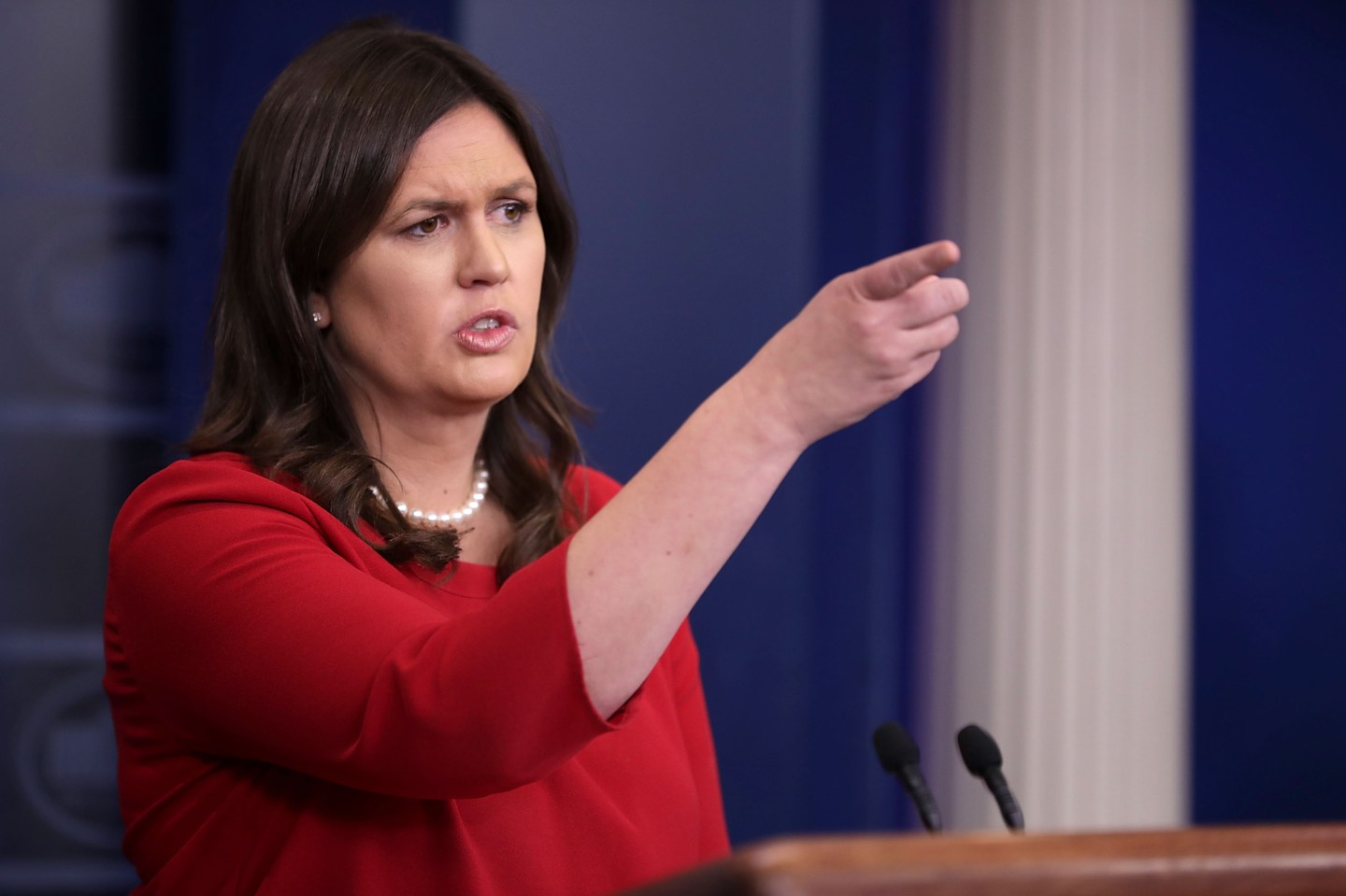 The White House released a blistering statement attacking China’s government for a recent demand that U.S. and other airlines change the way they refer to Taiwan, Hong Kong and Macau in promotional materials.

“This is Orwellian nonsense and part of a growing trend by the Chinese Communist Party to impose its political views on American citizens and private companies,’’ White House Press Secretary Sarah Huckabee Sanders said Saturday in a statement.

U.S. airlines were among several that received letters from China’s Civil Aviation Administration calling for strict guidelines for any references to Taiwan, Hong Kong and Macau, according to the White House. The Chinese government considers those entities as part of China and objects to references that indicate they are independent.

“China’s internal internet repression is world-famous,’’ Sanders said in the statement. “China’s efforts to export its censorship and political correctness to Americans and the rest of the free world will be resisted.’’

The sharply worded statement comes just hours after a high-level delegation from President Donald Trump’s administration returned from a visit to Beijing. The visit was part of a broader attempt to stave off a trade war between the world’s two biggest economies.

Trump said Friday on Twitter that he’d be receiving a briefing on Saturday about the visit.