Met Gala By the Numbers: Quantifying Fashion’s Big Night Out 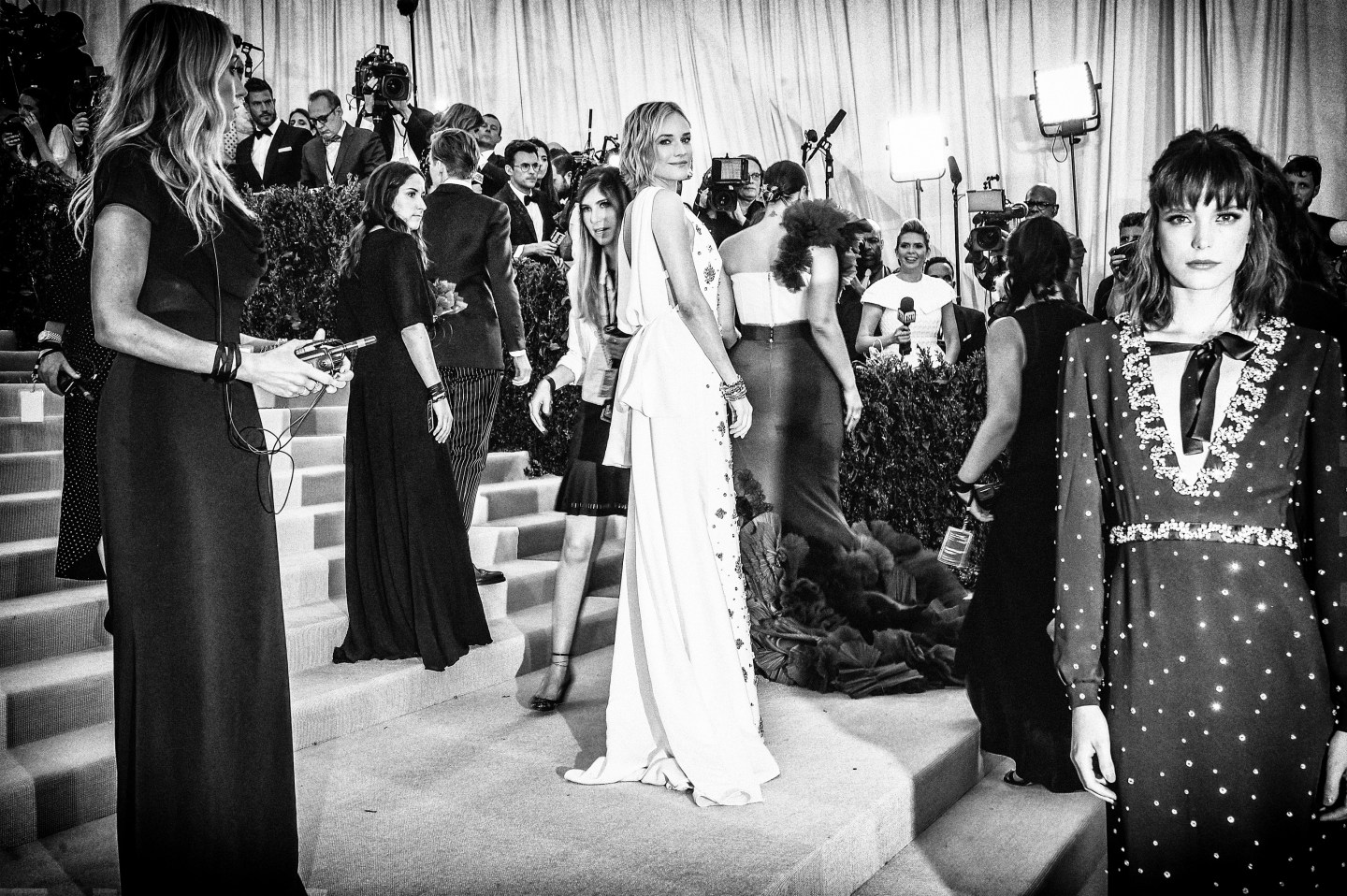 On Monday some of the world’s most beautiful people will flock to New York City for the party of the year, at least on this side of the country. The Met Gala—or the Metropolitan Museum of Art Costume Institute benefit, as it’s officially called—is an annual production put on by the art museum to raise funds for its fashion collection. Each year’s party has a different theme, and this year’s is Catholicism: “Heavenly Bodies: Fashion and the Catholic Imagination.” The hosts are Vogue editor-in-chief Anna Wintour, hip-hop star and fashionista Rihanna, couturier Donatella Versace, and civil rights attorney (and sartorial envy of many) Amal Clooney. Here’s a breakdown of what the event will look like, for the quant lovers among us:

Expected guests at the Met Gala: 550+

While details are hush-hush, the New York Times notes that last year’s event hosted 550 people, and that was for an “intimate” show. By contrast, this year’s exhibition “will be the biggest exhibition the Costume Institute has produced—about 58,600 square feet, stretching over three galleries: the Anna Wintour Costume Center and the medieval rooms in the Met on Fifth Avenue, and the Cloisters in far northern Manhattan—and odds are the gala will be equally ambitious.”

And that’s just the price of entry. Add a gown by a designer—which can cost some $35,000—and jewelry, and you’ve got a heck of an expensive evening. Though, as Fortune noted last year, celebrities are usually not the ones who eat the cost, and A-list celebrities can be offered up to a million dollars to wear a designer’s jewelry.

Last year’s event raised just over $12 million. Considering that this event is expected to be even bigger in scope, one can expect an even larger haul.

Years the Met Gala has been held: 73

The first Met Gala was held in 1948 “as a midnight supper that invited guests could attend for fifty dollars a ticket,” according to the Metropolitan Museum’s website. It was during the 1970s and ’80s, though, that the event earned party-of-the-year status, thanks to former Vogue editor-in-chief Diana Vreeland’s years as a special consultant to The Costume Institute. This year’s fete will be the Met’s 73rd.

Pieces on loan from the Vatican: 50

Approximately 50 pieces from the Sistine Chapel will be on display at the Costume Institute, in addition to works from the Met’s own collection of religious art and “150 designer garments that have been inspired by Catholic iconography or style,” per the Times.

For more, subscribe to the Broadsheet, Fortune’s newsletter on the world’s most powerful women.