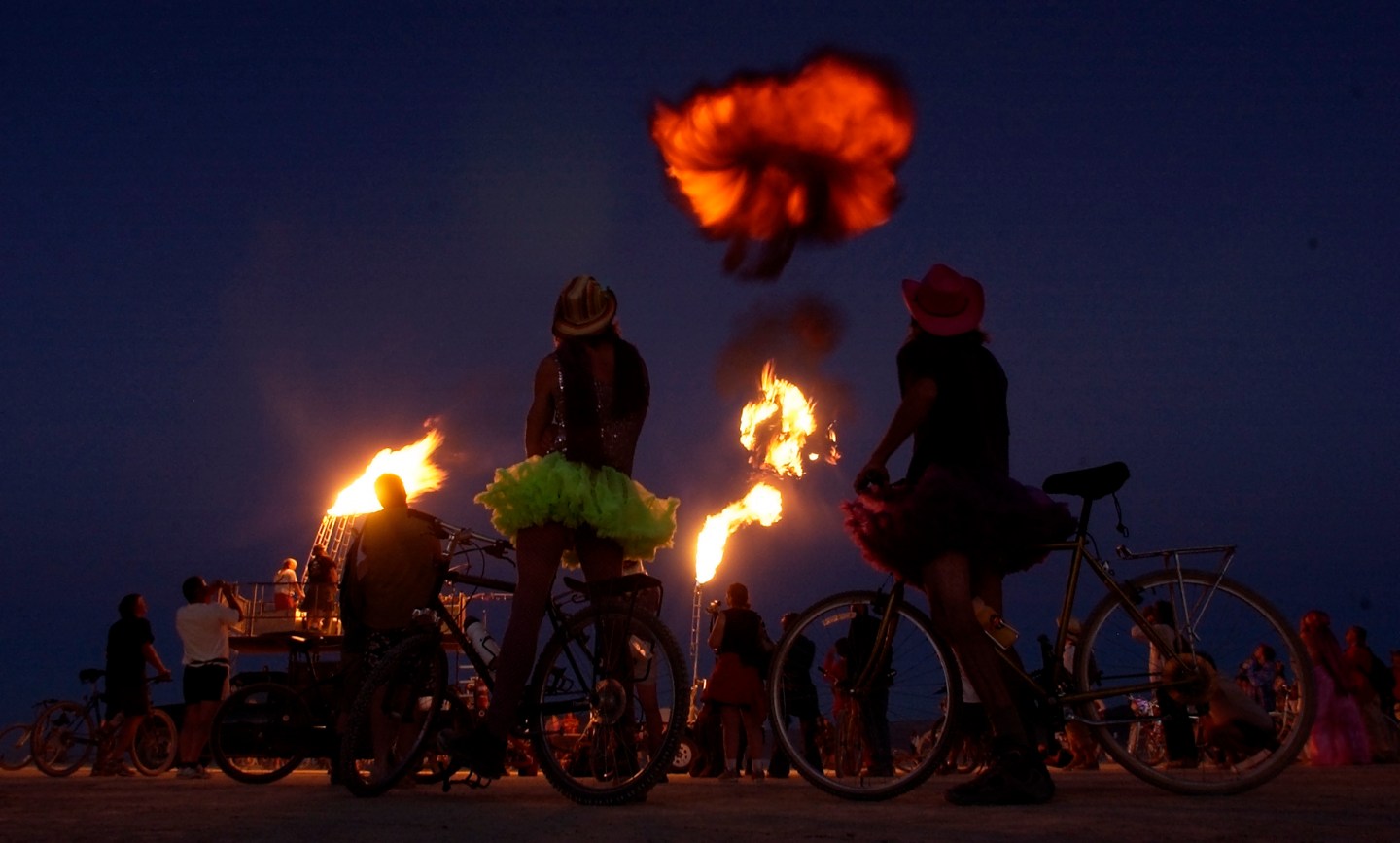 A giant, and loud, fireball erupts from a canon loaded with gas, and ignited by propane, creating a black smoke ring that floats above the playa at Burning Man, a week-long arts festival and party in Black Rock Desert, NV.
Jim Rankin—Toronto Star/Getty Images

Harvey established the now-famous Burning Man celebration in 1986. The event, which has grown in popularity, can be broadly thought of as a week-long, annual escape into the Nevada desert that combines art, culture, and anti-establishment ideals to create a temporary city, which ultimately represents a larger global community.

Burning Man’s announcement of Harvey’s passing describes him as a someone who “didn’t fit a mold” and “was 100% authentic to his core.” He inspired a culture that resonates with millions of people across the world through his “vision to build a more creative, cooperative, and generous world,” a tribute about him on the festival’s site reads.

Our founder, friend, and original instigator, Larry Harvey has passed away. Read more on the Burning Man Journal…https://t.co/g6t0UQz14m

A native of Portland, Ore. and college drop-out, Harvey worked various odds jobs around San Francisco before beginning his journey towards making Burning Man come alive in Black Rock City, Nev. Only a dozen or so people attended the first Burning Man, which consisted of Harvey burning an 8-foot wooden man on a beach in San Francisco.

These days, tens of thousands of people attend the event in the desert.

Burning Man represents utopian ideals about society and consumerism, and Harvey outlined them in the 10 Principles of Burning Man. Among them are concepts like radical self-expression, civic responsibility, and “decommodification.”

For Harvey, a key concept of Burning Man was the principle of gifting, or creating a “gift economy,” meaning that no one who attends the one-week community gathering is allowed to buy or sell anything to or from each other—things people need are gifted or traded with another in the spirit of communal effort and participation, two other Burning Man principles.

Harvey is remembered by friends and family on the Burning Man website as someone who “lit a flame that in turn drew these free spirits to him,” and for manifesting one of the greatest legacies of counterculture to ever come out of San Francisco.

“If all your self-worth and esteem is invested in how much you consume, how many likes you get or other quantifiable measures, the desire to simply possess things trumps our ability or capability to make moral connections with people around us,” Harvey said in a 2014 interview with the The Atlantic.