3 Weeks of Sanctions Have Cost This Man $3.8 Billion 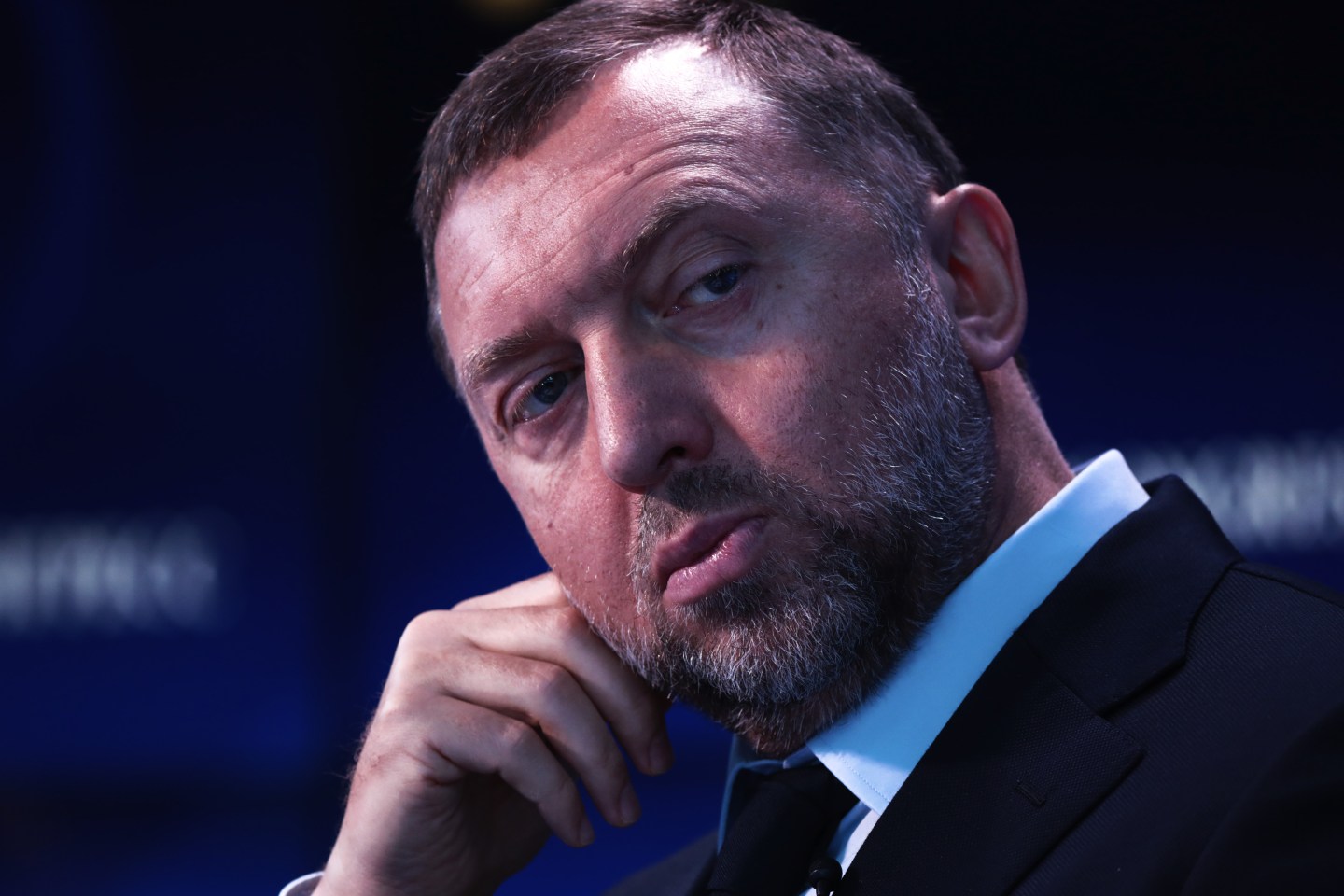 FILE: Oleg Deripaska, Russian billionaire and president of United Co. Rusal, pauses on the Bloomberg Television debate panel during the St. Petersburg International Economic Forum (SPIEF) at the Expoforum in Saint Petersburg, Russia, on Thursday, June 1, 2017. United Co. Rusal -- the biggest aluminum maker outside China -- and seven other Deripaska-linked firms were the most prominent targets in a list of 12 Russian companies the U.S. hit with sanctions on Friday intended to punish the country for actions in Crimea, Ukraine and Syria, and attempting to subvert Western democracies. Our editors select the best archive images on Deripaska and Rusal. Photographer: Simon Dawson/Bloomberg via Getty Images
Simon Dawson—Bloomberg via Getty Images

The poet called April the cruelest month, and you probably won’t get an argument from Oleg Deripaska.

The Russian billionaire’s net worth plunged to a record low on Tuesday, almost three weeks after the U.S. imposed sanctions on him and some of his companies. Deripaska, 50, is the majority shareholder of En+ Group, which was among the firms targeted by the U.S. Treasury on April 6. Since then its stock has tumbled by more than half, reducing the aluminum tycoon’s fortune by $3.8 billion. Along with earlier losses, his net worth has dropped by $4.7 billion this year, the most of any wealthy Russian, according to the Bloomberg Billionaires Index.

United Co. Rusal was also among the eight Deripaska-linked firms blacklisted by the U.S. in response to Russia’s “malign activity around the globe.” EN+ owns a 48 percent stake in Rusal, which produces about 6 percent of the world’s aluminum and operates mines, smelters and refineries around the world.

Deripaska was also targeted personally for reasons including threatening the lives of business rivals, bribing government officials and having links to organized crime, according to the U.S. Office of Foreign Assets Control. The billionaire has denied any wrongdoing.