Melanie Griffith Explains Why You Should Buy Her Aspen Mansion 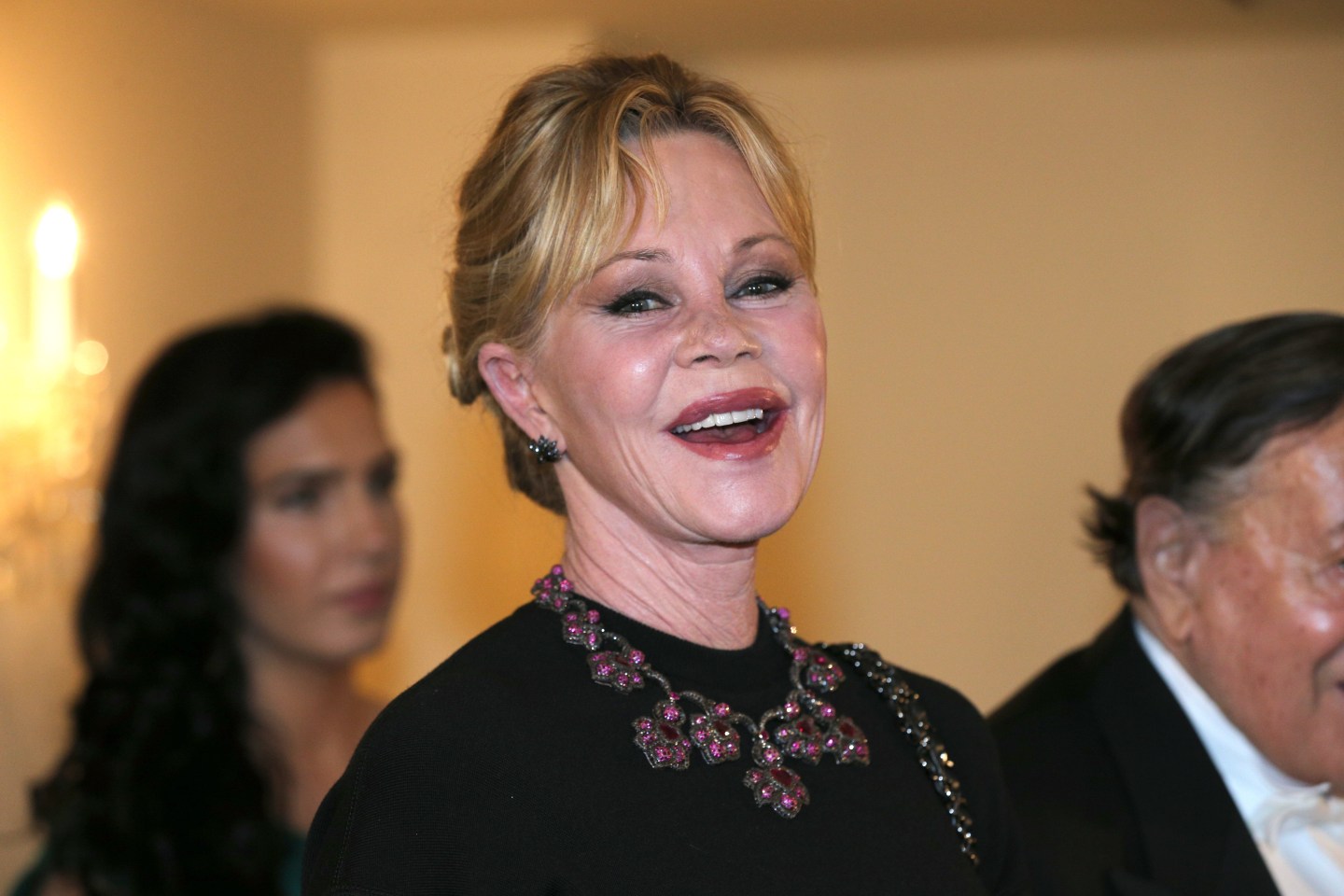 It took actress Melanie Griffith “about six years” to get her then-husband Antonio Banderas to try skiing in Aspen, she says, “but the minute he tried it, he liked it so much he was like, ‘Go find us a house.’”

Griffith began touring various residences starting in 2002, but says, “I just wanted to spend $5 million or less, and every house I looked at was $10 million or $12 million, and they were huge or crazy and not our style.”

Finally, she visited a rambling, 7,390-square-foot, log cabin-style house surrounded by aspen trees overlooking Five Fingers bowl. “You don’t see anything except wilderness” she says. “It’s on a peak at 10,000 feet [above sea level], it’s just extraordinary.” Griffith purchased the house for $3.55 million in 2002.

Twelve years later, in 2015, Griffith listed the home, along with a compound that included a guest house, historic cabin, and significantly more acreage, for $9.9 million. After reducing the price by $1 million, in 2017 she split the property up and sold the guest house and historic cabin for $2.24 million, and then listed the main house, which sits on two acres, for $6.37 million.

“My kids are grown, and I got divorced,” she says. “I don’t go up there that much anymore, and it’s such a family home.”

The house was built in 1994 by a couple, a writer and a potter. Griffith turned the writer’s office into a bedroom for her youngest daughter, Stella, and the pottery studio into a bedroom for her daughter Dakota (actress Dakota Johnson, of Fifty Shades of Grey fame). “Dakota’s room is just beautiful,” Griffith says. “The tiles that this woman made were just extraordinarily done.”

In total, the house has five bedrooms and six baths. Aside from the master bedroom and main living areas, two wings connected to the house serve as apartments. “My sons lived there at one point, and we had 18 people staying,” Griffith says.

The main room in the house is a colossal, combined living room, dining room, and kitchen, with floor-to-ceiling glass windows. A 9,000-bottle wine cellar acquired a special function. “Our family doesn’t drink,” Griffith says, “so I personally used it as a place—when the kids were little—to hide wrapped Christmas presents.” The room, which is temperature-controlled, is ready, Griffith notes, for someone who wants to use it for its intended purpose.

There’s also a room with a pool table, as well as several other flexible spaces. Virtually all rooms have views.

“It’s an elegant, cabin-y Aspen home, but totally tricked-out,” Griffith says. “We’ve had some amazing parties up there, and huge dinners, and Christmases and New Years [celebrations], because you can get all the help in the world in Aspen—and the best food.” That said, she notes, she “always makes Thanksgiving dinner at the house, and it turns out great.”

The house is about a 20-minute drive from downtown Aspen (“or 12 minutes, if I’m driving,” Griffith says), and set so completely in nature that you can cross-country ski, hike, or snowmobile straight from the property.

“You can snowmobile up to the top of [Ajax] mountain, ski down, take the lift back up, and then snowmobile back to the house,” she says.

Griffith especially loves Aspen in the summer. “I love to parasail off the tops of mountains,” she says. The house is surrounded by flowers that bloom between June and October. “We planted for so many years; now they come up naturally,” Griffith explains.

“The one thing I would like to say is that it takes a family who’s physical, who loves to do sports and loves the outdoors and appreciates nature,” she says. “What it needs is a family that will love being up there, and using all of the things that they can.”

It’s also, though, “a beautiful retreat for a couple,” she says. “It’s the most romantic place to go.

“For me, right now in my life, I don’t have a romance and my kids are grown,” Griffith continues. “It’s very hard to part with, but I would love for some other family to really enjoy it. Because we had the best time.”