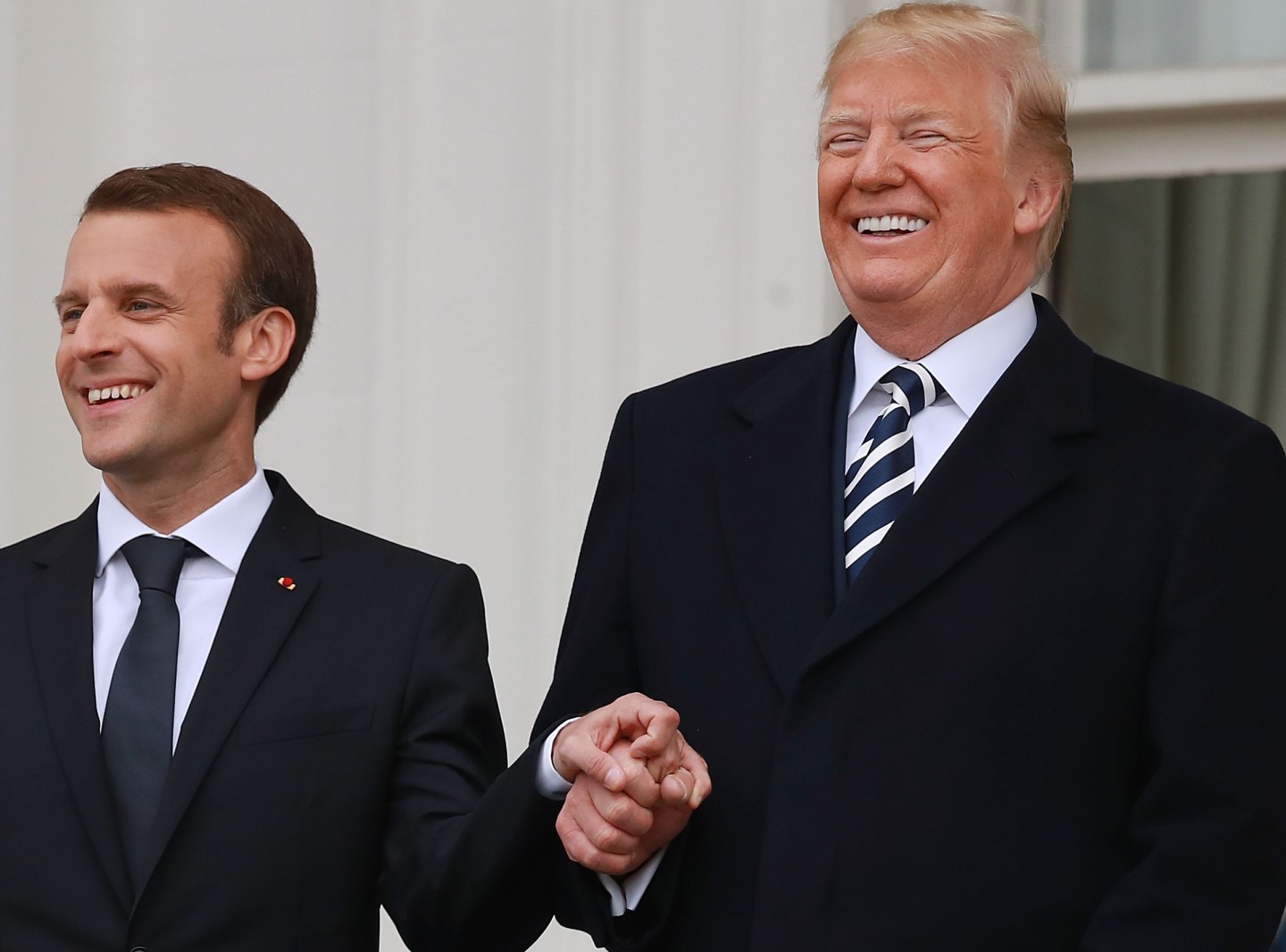 WASHINGTON, DC - APRIL 24: U.S. President Donald Trump (R) and French President Emmanuel Macron hold hands while posing for photographs on the Truman Balcony during a state arrival ceremony at the White House April 24, 2018 in Washington, DC. Macron and Trump are scheduled to meet throughout the day to discuss a range of bilateral issues as Trump holds his first official state visit with the French president. (Photo by Chip Somodevilla/Getty Images)
Chip Somodevilla—Getty Images

President Donald Trump greeted the French President Emmanuel Macron on Monday, holding his first official state visit with the French president. Over the past few days, the behavior of the two world leaders has left hope for a French-American alliance.

Their public affections have been photographed widely, from their long-lasting handshakes to air kisses. Their photo ops featured one painfully awkward moment when Trump flicked dandruff off Macron‘s shoulder before a White House meeting.

A meeting last July is remembered for a particularly long handshake between the leaders in Paris when Trump met the Macrons in Paris for Bastille Day.

“We have to keep our eyes wide open to the new risks right in front of us,” Macron said. “The only option is to strengthen our cooperation. We can build the new 21st century world order on a new breed of multilateralism.”

Check out the gallery above to see what Trump and Macron’s “bromance” looks like.