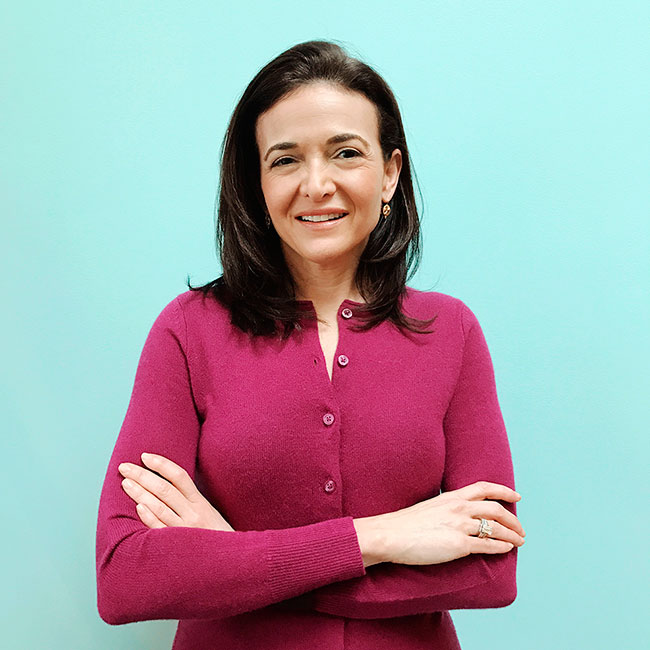 Silicon Valley is often described as a hostile place for women. Yet tech companies are leading the charge when it comes to progressive paid leave policies. Facebook—which offers four months of leave to all employees—is a leader in this regard, thanks in no small part to Sheryl Sandberg. The chief operating officer and Lean In author has emerged as a vocal proponent of a federal paid leave policy.

Fortune spoke with Sandberg about how to get the rest of corporate America to follow Facebook’s lead. Edited excerpts follow.

Fortune: You’ve spoken up about the issue of paid leave and the need for a federal policy. What are you and Facebook doing to keep rolling that ball forward?

Sheryl Sandberg: I’m personally supporting the FAMILY Act [which would establish federally mandated paid leave]. I’d like to see legislation pass at the federal level, and there’s a lot of good activity at state levels that gets people the coverage they need. Business leaders have a responsibility to push for the right public policy. But in this environment where these [paid leave] bills are not passing, [we need] to take the steps we can take. We are responsible for the policies for our companies and also for setting the right example.

It’s not enough to have the policies, you also have to use them. I’m really proud that Mark [Zuckerberg] took paternity leave. He sets the right example. Our CTO took paternity leave, our chief product officer took paternity leave. One of the most important things we need to fight is the idea that this is a female issue. This is an issue for families and if we want mothers and fathers to be equal parents in the households, we need to start out equal. And that’s why equal paternity leave is so important. We give four months to both [mother and fathers] and we really encourage people to take it. Another thing we found is that flexibility in how you take the policies works. We offer four months over the course of the first year. And that really increases participation, especially amongst men.

Facebook has a generous paid leave policy for men and women, but the vast majority of Americans—87%—don’t have access to any form of leave. In absence of a federal policy, what’s the best way to get corporate America on board?

The numbers are astounding: 37 million people get no sick days. And that applies to 6 in 10 lower-income workers. Only 14% of people have access to paid family leave at work. A third of working mothers don’t have access to any paid leave. You want to do the right thing because it’s the right thing, but I think if businesses understand that it’s also the smart thing for them, they will do it. If you take care of your employees when they most need it, they are most loyal—and having great employees is most critical to success.

Another thing I feel really strongly about is bereavement leave. We had really good policies even before I lost my husband, but we extended them. We’re now at 20 days for immediate family, 10 days for extended family. A lot of companies have stepped up. And actually, this [month], the University of Chicago did it, which is really big. They are the first university to [have a bereavement leave policy].

A lot of organizing around paid family leave has happened on Facebook this year. Meanwhile, the company’s role in politics has been taking a lot of heat lately. Do you still see Facebook as a viable tool for activism?

I think it’s a critical tool to organize around issues. A bunch of the Parkland March [for Our Lives] was just organized on Facebook. Some of Black Lives Matter was organized on Facebook. Facebook is a critical way that people communicate and we’re really proud of the role Facebook plays in social mobilization. The Women’s March was [born from] a [Facebook] post a woman did. She said, ‘What if people march?’ She woke up the next day and there was a Women’s March. That doesn’t mean there haven’t been things on Facebook that we don’t want to have happen on Facebook—and we’re taking strong steps to correct that—but as an organizing tool for people who are trying to reach communities, it’s huge.

Because of the controversy surrounding data analytics firm Cambridge Analytica’s misuse of information, some people may be wary of continuing to use the platform as before. What should users know about the future of Facebook as a tool to push policy changes forward?

The specific use case that allowed Cambridge Analytica was shut down in 2015. That use case no longer exists and we’ve taken a lot of steps since then to shut down other possible use cases for data to be misused. People continue to use Facebook because Facebook continues to be a way to reach out and connect with people.

A version of this article appears in the May 1, 2018 issue of Fortune with the headline “Sheryl Sandberg: Paid Leave ‘Is Not a Tradeoff.’”