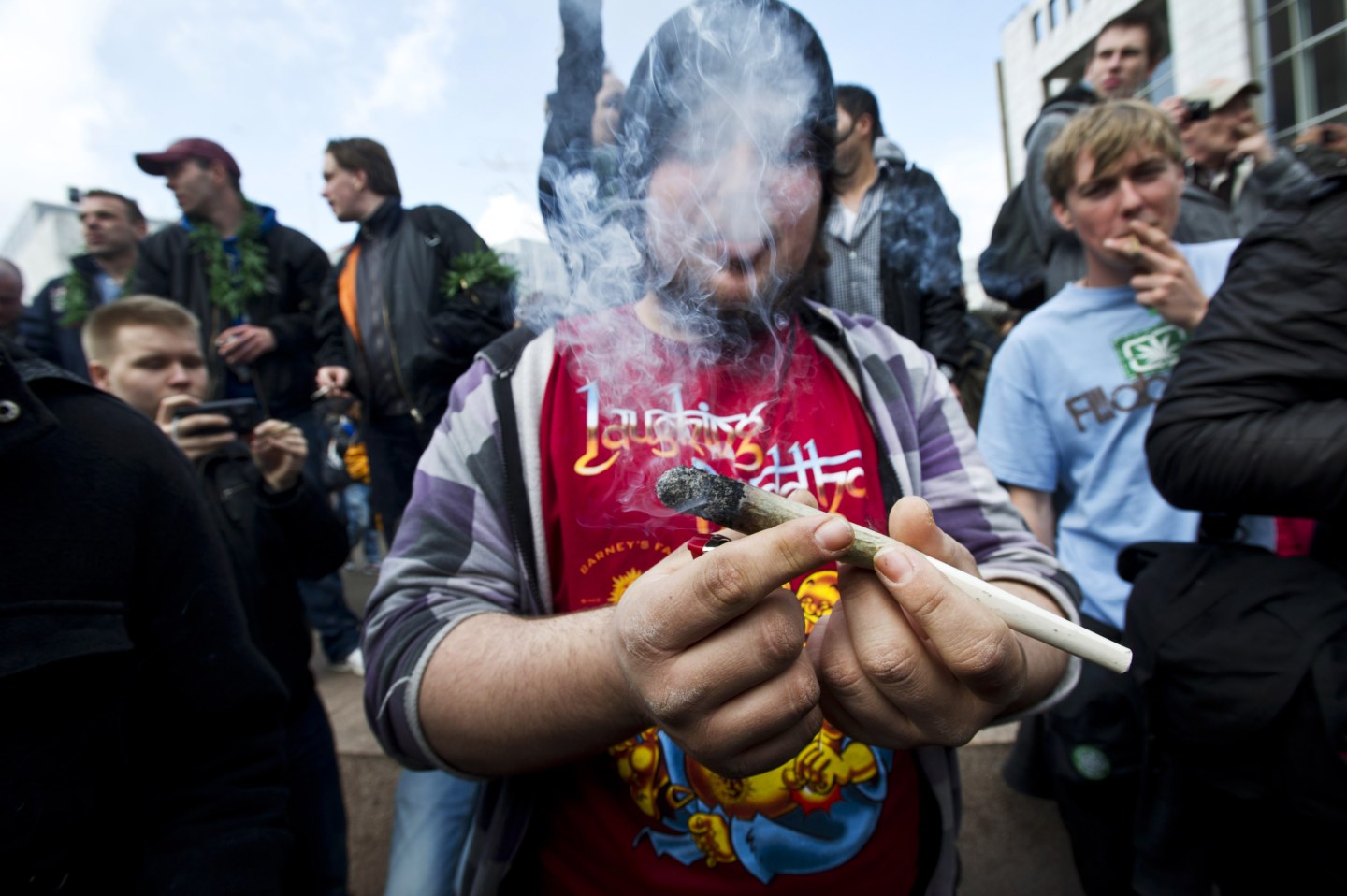 Protesters smoke marijuana during a demonstration against new government legislation calling for the creation of a "weed pass" and the stopping of the substance's sale to foreigners, in Amsterdam, on April 20, 2012. Several hundred pro-cannabis demonstrators lit up joints in central Amsterdam today in the most public display yet against the Dutch government's plan to stop the drug's sale to tourists. Pot-friendly protesters "flash-mobbed" in front of the capital's Muziektheater -- a venue announced only an hour before on social media sites -- where they played loud reggae music and unfolded banners before lighting up. AFP PHOTO / ANP / EVERT ELZINGA ***Netherlands out*** (Photo credit should read EVERT ELZINGA/AFP/Getty Images)
Evert Elzinga—AFP/Getty Images

Travelers hoping to take advantage of the Netherlands’ lax weed laws during their next visit may want to rethink their itinerary.

Several cities across the marijuana-friendly country recently have taken steps to limit the public use of cannabis. This week, The Hague became the first Dutch city to ban it in the city center, the central train station, and major shopping areas.

A spokesman for the mayor of The Hague told The Guardian that the move follows a series of complaints from both residents and visitors about “the strong smell of cannabis and the noise from its users.”

Coffee shops, homeless shelters, and hotels will receive flyers explaining the ban and warning of associated fines for violating it. Over the next two weeks, police will give warnings to those found to be smoking cannabis in the designated public areas. Following that period, fines will be distributed to those found in violation.

While cannabis is openly sold in hundreds of coffee shops throughout The Netherlands, a number of municipalities have moved in recent years to put limitations on how and where cannabis can be used.

In 2012, the Dutch government introduced a plan that would limit cannabis sales to Netherlands residents. But that initiative, dubbed the ‘Weed Pass’ has largely been abandoned, and Amsterdam was exempted from enforcing it so long as coffee shops don’t encroach on schools.

As a result, Amsterdam and Rotterdam prohibit drug use around schools. That ban is extended to playgrounds in Amsterdam, and Rotterdam is working to reduce the number of coffee shops in the city.